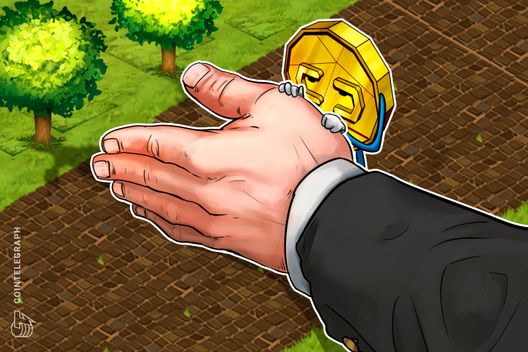 The British government has vetoed the launch of a gold-backed cryptocurrency by the 1,100 year old institution Her Majesty’s Royal Mint.

Her Majesty’s Royal Mint, the institution responsible for producing physical coins for circulation in Britain, has been unable to launch its gold-backed cryptocurrency after the government vetoed the project, Reuters reports Oct. 25.

As reported, the Royal Mint had first unveiled it project to issues as much as $1 billion worth of digital gold tokens, dubbed Royal Mint Gold (RMG), back in 2016, which were to be traded on a blockchain-based platform run by U.S. exchange CME. Blockchain tech firm BitGo was set to be responsible for developing RMG’s multi-signature crypto wallet.

The project had been pitched as an easy way for investors to buy and trade the physical gold held in the vaults of the 1,100 year-old institution, and an additional revenue stream for the Mint as use of physical coins in mass circulation declines.

The RMG project had originally been slated for launch in fall 2017, and looked set to go ahead in early 2018, but three unnamed sources told Reuters the Royal Mint had been left without a trading partner at the last minute. One alleged that “CME’s management changed, and they walked away, didn’t want to get involved.”

The sources claimed that CME’s exit reflects its broader “cooling of enthusiasm towards digital assets,” notwithstanding the fact that the platform was among the first to launch Bitcoin (BTC) futures contracts last year. Reuters reports that CME has also invested in digital assets startups via its venture capital arm.

One of Reuters’ sources claimed that “priorities shifted” away from digitization following the retirement of CEO Phupinder Gill in late 2016, followed by that of CME’s head of digitization, Sandra Ro, last July. In an official comment to Reuters, CME refuted the claims, saying:

“It is not correct to say we have ‘de-emphasised’ digitization and remain committed to pursuing our digitization strategy.”

In the wake of CME’s exit, the Royal Mint is said to have attempted to salvage the project by means of a partnership with an unnamed crypto exchange, a plan reportedly then quashed by the U.K.’s finance ministry earlier this year.

Sources told Reuters that the Finance Ministry blocked the move due to concerns over potential damage to both institutions’ reputations, given the Royal Mint is wholly owned by the British government.

As reported, the U.K government does not broadly regulate crypto or crypto exchanges, except for certain derivatives such as crypto-based Contract For Differences (CFDs).

Earlier this year, Australia’s largest precious metal refinery, Perth Mint, unveiled its own plans to create its a gold-backed cryptocurrency.