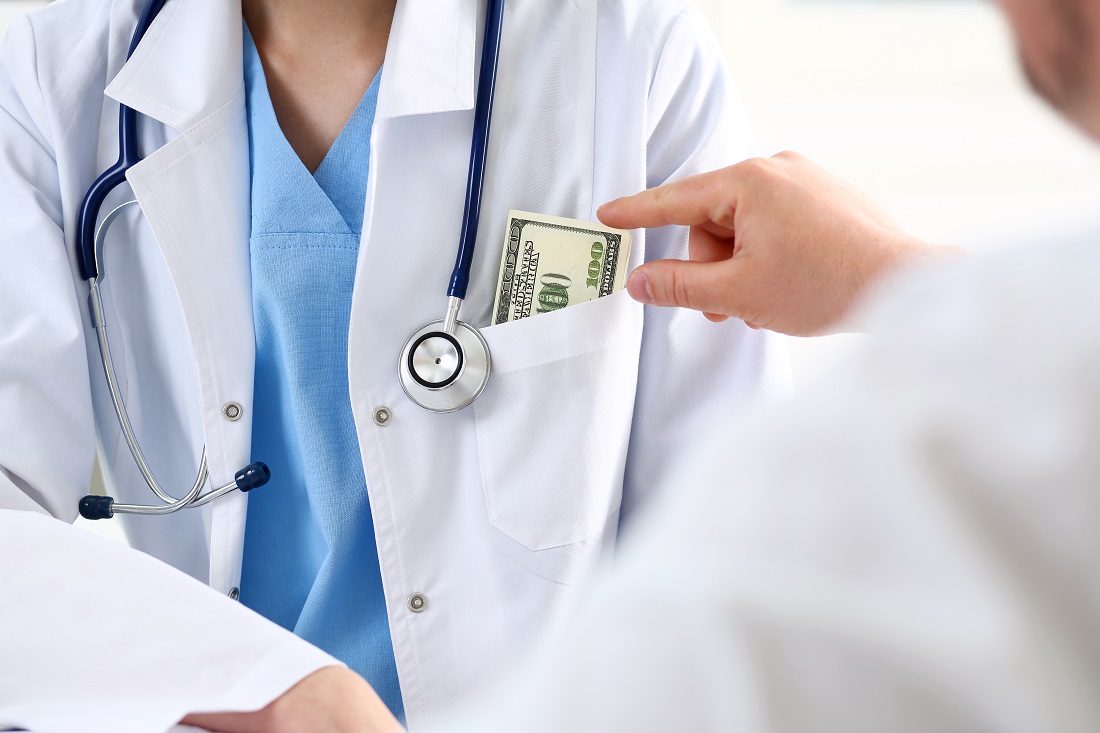 When a psychiatrist makes a schizophrenia diagnosis, it can alter a patient’s life forever. Such a diagnosis is often accompanied by prescription drugs that alter the way the patient thinks.

But imagine if that doctor were an impostor.

That’s exactly what happened in 2015–2016, when Scott Redman stole the identity of a physician and treated more than 100 patients in the US. This included a nine-year-old child, for whom Redman prescribed a 30-day supply of an ADHD drug Vyvanse; a controlled substance.

Luckily, he was caught and sentenced to 13 years in prison. Even so, the damage he caused his patients might be irrevocable. Many could be traumatized for the rest of their lives.

Identity fraud, however, is just the tip of the iceberg. There are dozens of other sophisticated and much more lucrative ways for criminals to abuse the law. They have a big incentive to do so too. The global healthcare industry is currently worth $9 trillion!

But there is hope. A team of doctors has established a company called Instant Access Medical, or simply iAM. With 50 years of combined healthcare experience, their team believes that they know how to help prevent this fraud — by using the blockchain.

Fraudsters, apart from running fake medical centers like Redman did, can also alter prescriptions. They do this to get more drugs from pharmacies. Some have also been known to file false health insurance claims to defraud insurers.

The FBI estimates that in the US alone, such activities cost the government $80 billion in losses a year. According to the European Healthcare Fraud and Corruption Network, globally, healthcare fraud costs a total of $260 billion.

The doctors at iAM believe there is a simple way to avoid these massive losses.

iAM noticed that many fraudulent practices in this industry begin when people manipulate or alter the patient data that the insurers rely upon. They also recognized that blockchain technology helps provide a mechanism for decentralized record security, immutability, auditability, provenance and healthcare data compliance.

As a result, iAM has chosen to use the blockchain to store individual patient records.

With permission-based access, patients can give their doctors, other care providers, and their health insurers access to their records via the iAM mobile app. Parties can use the app to view diagnoses, prescribed medications, and insurance coverage.

However, to access the iAM platform all parties must be verified by iAM itself. Identity validation eliminates the ease with which crooks like Redman steal people’s identities.

Revolutionary, but convenient as well

iAM integrates patient data from healthcare providers and organizations. This includes every medical interaction the patient has historically had. The end result is a single, universal medical record. This record can be managed by a patient via an app on their mobile phone. It is just like banking or travel.

This solution, the company claims, can make the whole healthcare experience much more convenient.

Available in four languages, the app also integrates with wearables like smartwatches, fitness trackers, and other devices for monitoring long term conditions. This helps doctors see the full picture of their patient’s health. Doctors can even text or call their patients through the app. The company has partnered with developers Moxtra and Validic to achieve this.

The number of patients managed by iAM solutions is projected to grow by up to 30 million medical records during 2019. This is due to the company’s integrations with UK clinical software integrators –  DXS International and Healthcare Gateway. Patient Advocate will also white label iAM’s solution for launch in the corporate sector.

iAM is planning a Token Sale for November.

Used by Special Olympics and endorsed by NHS GP Lead

iAM’s Clinical Record System, HealthOne, has been in use since the 1990s. The Special Olympics Healthy Athletes program has used HealthOne in every US state and 100 countries around the world. iAM’s HealthOne solution has also been used  to screen athletes at Special Olympic World Games between 2003 and 2013  including Ireland, China, Greece, Japan, South Korea and the US.

Meanwhile, iAM’s subsidiary, Personal Care Record Company (now iAM UK), has been ramping up its presence in the UK. In February 2017 the GP Lead for NHS England Patient Online Access System said “Others do bits of it. We have not seen anyone else with such a comprehensive end-to-end solution”.

After deployment of its portable medical platform in the UK, iAM is planning to extend its operations to the US, Europe, and Australia.

The post Tech Firm Run by Doctors Turns to the Blockchain for Fighting Healthcare Fraud appeared first on NullTX.