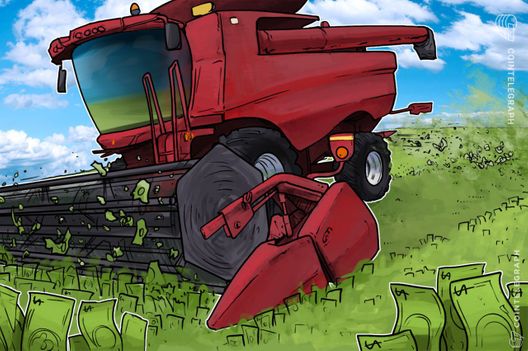 Leading U.S. crypto exchange and wallet provider Coinbase has raised $300 million in a fresh funding round that brings its post-money valuation to $8 billion.

Major U.S. crypto exchange and wallet provider Coinbase has raised $300 million in a fresh funding round that brings its post-money valuation to $8 billion, according to an official blog post published today, Oct. 30.

The Series E equity financing round was reportedly led by investment firm Tiger Global Management, with participation from a host of backers well-known for their investments in the crypto space, such as Y Combinator Continuity, Wellington Management, Andreessen Horowitz, and Polychain, among others.

According to Coinbase, the funds will be used to “accelerate” the adoption of cryptocurrencies, with plans to build infrastructure to support regulated fiat-crypto trading globally, and to lay the foundations for the support of “thousands” of new cryptos in future.

The funding will also be invested in further developing Coinbase’s proprietary wallet and to create new “utility applications,” such as the platform’s recent move to launch a stablecoin, dubbed USDCoin (USDC), together with blockchain tech firm Circle.

Coinbase lastly highlights it intends to continue to ease institutional investor exposure to crypto: the firm made the bullish claim this May that improved infrastructure and diversified offerings could “unlock $10 billion of institutional investor money sitting on the sideline.”  To this end, today’s post points to plans to add features and new crypto assets to its existing custodian solution, which opened for business this July.

In mid-June, Coinbase’s Index Fund had opened to large-scale, U.S. resident “accredited” investors, for investments of between $250,000 and $20 million.

Today’s news confirms rumors that first surfaced in early October, which explicitly named Tiger Global as being likely to soon close a deal with the exchange. As reported at the time, Tiger Global Management is an investment firm founded in 2001 that invests globally in both private and public markets.

“Here’s the poster child of the crypto space worth $8 billion — that's a real company, and Tiger's not a flake of an investor. These are smart, savvy guys.”