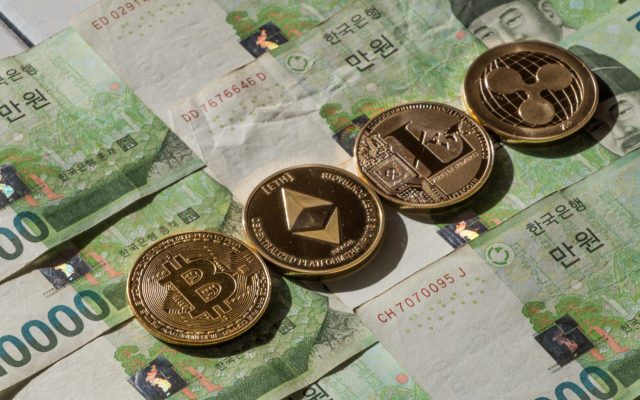 After a quiet start to 2018 and a significant contraction in the middle of the year, there is a considerable increase in Korean won (KRW) cryptocurrency trades. Despite this increase, the “kimchi premium” that existed in 2017 has yet to surface in cryptocurrency exchanges in South Korea.

KRW Cryptocurrency Trading Increases Since the Start of Q4 2018

Since the start of October 2018, the cryptocurrency trading volume in South Korea has spiked. A chart by CryptoCompare shows KRW trading volumes on certain days in October accounting for almost 50 percent of the total market share.

This significant shrinkage in KRW cryptocurrency trading volume came after a series of hacks against virtual currency exchanges in the country. In June 2018, both Coinrail and Bithumb suffered cyber-attacks leading to the theft of millions in cryptocurrency.

In response, these platforms suspended deposits and withdrawals, severely limiting trading until they could resolve the issues. With Bithumb being one of the largest exchanges in the country, such a move would have an effect on local trading volume

Some observers believe that one primary reason for the upswing in KRW cryptocurrency trading is the current turbulence in the stock market. Investors are reportedly moving to Bitcoin, which appears a lot more stable than the more traditional assets.

The Situation in South Korea

In mid-2018, the country recognized virtual currency exchanges as legal entities. This move, in many ways, legitimized the burgeoning cryptocurrency economy in the country — seeing as these platforms constitute a significant portion of the digital currency ecosystem.

While the country continues to be a haven for virtual currency commerce and blockchain technology, financial regulators remain resolute on the ICO ban. Earlier in October, Bitcoinist reported on comments made by the FSC chairman to Parliament. According to the FSC chief, the uncertainties surrounding ICOs makes regulating them potentially problematic. The comments from the top financial regulator come despite persistent calls for a reversal of the ICO prohibition.

Do you think an increase in trading volume in South Korea could provide enough liquidity to spark the next significant Bitcoin price rally? Let us know your thoughts in the comment section below.