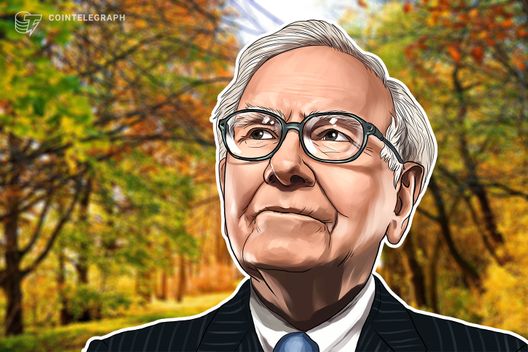 Both investments are said to have been spearheaded by one of Berkshire’s two portfolio managers, Todd Combs. In August, Berkshire is reported to have bought a roughly $300 million stake in the parent company of Paytm, India’s largest mobile-payments service.

The second investment was made just this past week, through the purchase of shares in an initial public offering (IPO) for Brazilian payments processor StoneCo, the country’s fourth-largest by volume.

The WSJ underscores that both decisions mark something of a departure for Berkshire, which  which has $711.932 billion in assets under management as of 2018, and is best-known for its investments in blue-chip firms such as Coca-Cola and acquisitions of utilities and insurance firms.

Buffett has in the past said that tech investments are beyond his area of expertise, WSJ notes.

That tech is not within Buffett’s “circle of competence” was affirmed by self-professed Buffett disciple venture capitalist Chamath Palihapitiya this spring, when he took his icon to task for his virulent anti-crypto stance.

Combs, alongside Berkshire’s second portfolio manager Ted Weschler, are nonetheless reported to be “widening the net” of the conglomerate: yet, as WSJ highlights, both Stone and Paytm are considered to be established companies, which dominate their respective local markets and operate in tightly regulated industries.

The WSJ says Berkshire’s backing is a sign of the “maturity” of the fintech sector, which reportedly raised almost $35 billion in venture capital during the first three quarters of 2018.

Berkshire’s move to put major capital into two fintech firms that target emerging markets squares uneasily with the vocal position of Buffett, who has become notorious in fintech and crypto circles for castigating Bitcoin (BTC) as being “rat poison-squared.” He has made repeated statements claiming that Bitcoin is neither a currency, nor a way of investing. In October 2017, Buffet predicted that Bitcoin had entered the “bubble territory,” and was set “to implode.”

India saw soaring demand for cryptocurrencies during the period of economic turmoil that followed its prime minister’s bold — and still highly contentious — demonetization policy in late 2016. Crypto’s popularity continued through 2017, eliciting a controversial anti-crypto crackdown from the country’s central bank (RBI) this April, which has prompted both public and industry-led petitions.

As a final verdict on the RBI ban continues to be repeatedly stayed, the judiciary has now thrown the ball back in the executive’s court, setting a deadline for the government to clarify and finally cement its official position on crypto by mid-November.

This month, in Brazil, the country’s largest brokerage has revealed it will launch a Bitcoin and Ethereum (ETH) exchange, saying it was pushed into the crypto business by the popularity of the asset class among investors.