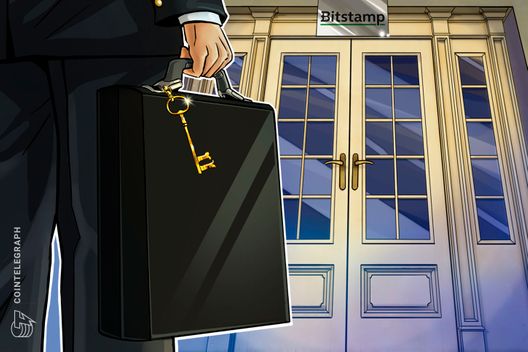 Bitstamp has been acquired by Brussels-based investment firm.

On October 29, the cryptocurrency exchange, Bitstamp, was acquired by Belgium-based investment firm NXMH, which in turn, is owned by South Korean media conglomerate NXC Corp.

The Luxembourg-registered exchange is now controlled by the same company that bought the majority stake in the South Korean crypto exchange, Korbit, last year, while its CEO remains in office to continue with Bitstamp’s “global expansion.”

Bitstamp was launched in August 2011 by Nejc Kodrič and Damijan Merlak in their native Slovenia. As Kodrič recalled in an interview, their business started out in a garage “with an initial capital of just a thousand euros, two laptops and a server.” The idea to open up an exchange came to the entrepreneurs after they experienced difficulties buying Bitcoin in Europe.

As they told Forbes, when they were originally registering their exchange with a Slovenian bank in 2011, it didn’t object because people in Slovenia “didn’t know what Bitcoin was.” In April 2013, Kodrič and Merlak outsourced support, compliance, and legal needs to the U.K., because they couldn’t do all the screening "necessary to keep bad guys out" in their home country. Bitstamp was now a UK registered limited company.

In 2016, Bitstamp became Europe’s first fully legal crypto exchange after it received a license from Luxembourg to operate as a payment institution. To receive the document, the exchange went through two years of various checks, including an audit by Ernst & Young. Being a compliant business, Bitstamp has stuck to strict Know-Your-Customer (KYC) principles.

In 2017, Bitstamp became one of four crypto exchanges that provides the CME Group with pricing data for its Bitcoin futures trading. Kodrič told Cointelegraph at the time:

“It’s essential that we ensure that all data provided does not include any forms of manipulation that could affect the index. We’re proud that we’ve earned the trust of the industry and were chosen to be a part of the new Bitcoin futures market.”

Security seems to be one of the main priorities for Bitstamp, especially after the 2015 hack, when the exchange lost 19,000 BTC (around $5 million at the time). The fraudsters stole the funds from Bitstamp’s hot wallet in a typical phishing attack — the exchange employees received personal emails and Skype messages from seemingly friendly sources. As a result, the person responsible for security, Bitstamp system administrator Luka Kodrich, downloaded malware onto the work computer, which led to the exchange’s security getting breached.

Compensation did not follow, but the security regime was significantly toughened. Specifically, carrying out transactions on Bitstamp now requires using multisignature, and 98 percent of the cryptocurrency is stored in a cold wallet.

Established back in 2011, Bitstamp is the oldest active crypto exchange in the world. It is currently ranked 26th on CoinMarketCap, seeing around $65,858,358 in trades in the 24 hours before press time. Kodrič told Reuters their volume has been down between 60-70 percent comparing to previous years, but stressed that Bitstamp remained profitable in 2018 because current cryptocurrency prices were still higher than they were for most of last year.

On October 29, Reuters reported that Bitstamp has been acquired by Brussels-based investment firm NXMH in an “all cash deal.” Prior to that, the exchange had raised a total of about $14 million from investors including Pantera Capital, which invested $10 million in Bitstamp in 2014.

NXMH is a family investment holding which has over 2 billion euros in assets “managing the wealth of an Asian tech entrepreneur,” as per its Linkedin profile. It was founded in 2011 and focuses on European consumer and tech investments. The firm is a subsidiary of South Korea-based media giant NXC Corp, which bought a 65.19 percent stake in South Korean crypto exchange Korbit last year.

The deal between NXMH and Bitstamp was reportedly finalized on October 25. Whilst Kodrič declined to share the full terms to the media, he informed Reuters that in 2016 Bitstamp was valued at $60 million, up from $39 million in 2014. Interestingly, in March 2018 the exchange was rumored to be “in the final stages” of being acquired by South Korean investors (of which NXMH is technically a subsidiary) for $400 million.

Bitstamp CEO does not believe anything will change for either the exchange’s customers or its 180 employees following the acquisition, as he told Fortune:

“We have kind of the same opinion as NXMH — why change something if it works perfectly well?”

He added that a merger between Bitstamp and Korbit (both owned by one parent company NXC Corp.) was in the talks, but the parties decided to run the exchange separately in the end. The crypto exchanges still plan to share technology, research, and development resources, according to Kodrič.

NXMH was one of four interested bidders for Bitstamp in a process that began in “mid-2017.” He added that they initially struck the deal last December, as the price of Bitcoin was peaking near $20,000, and it took several months for the companies to receive regulatory approval for the arrangement.

Kodrič claims that he and Merlak “were not looking to sell,” and “were definitely not looking for investment because they “didn’t need to raise the capital.” Nevertheless, he took the opportunity to cash out on the majority of his share in the company while keeping 10 percent and remaining the CEO:

“[Bitstamp and NXMH] were very much aligned—where we see the industry going and what the company wants to be [...] They’re willing to help us along the way, and help us with our global expansion.”

In late May, Japanese crypto exchange BitTrade was acquired for S$67 million ($50 million) by a Singaporean multi-millionaire and entrepreneur, Eric Cheng. After purchasing a 100 percent stake in the company, Cheng became the first foreign investor to own an exchange licensed by Japan’s Financial Services Agency (FSA).

In October, BK Global Consortium, a group led by one of South Korea's leading plastic surgeons, Dr. Kim Byung Gun, closed a deal to obtain “50 percent plus one share” of BTC Holding Co. – the largest investor in Bithumb crypto exchange. According to Bloomberg, the purchase was settled at around 400 billion won ($352 million) and will be finalized in February 2019.