As the market slumps further down to the levels of most recent low around a $202B mark and has now recovered slightly, the prices of the major cryptocurrencies are showing mixed colors today with a small average percentage of change in the last 24 hours. Only Dentacoin is up by 18% which shows the irrationality of these markets and the improper evaluation models. 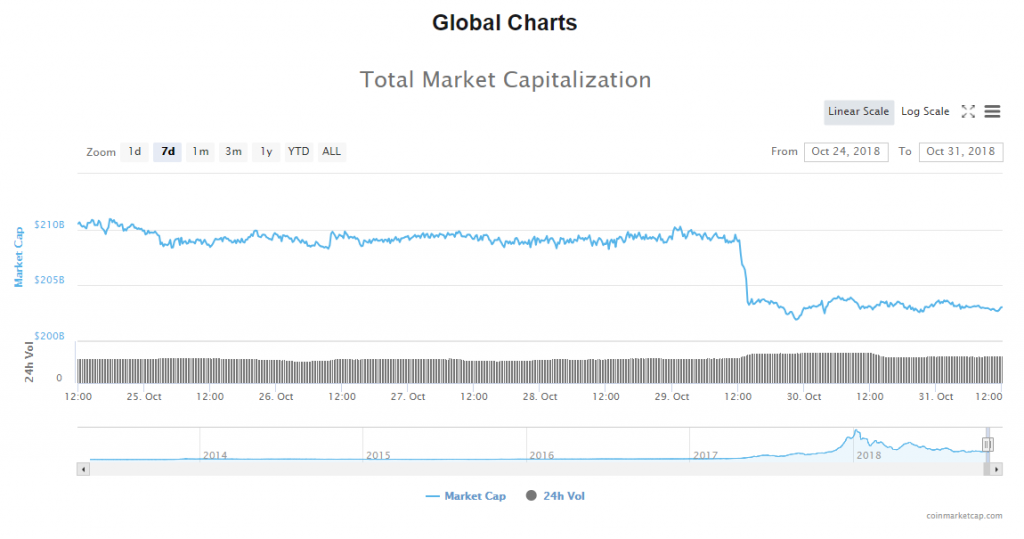 Meanwhile, Bitcoin’s market dominance is slightly up by 0.15% from yesterday which is as I always say inversely correlated with the market cap evaluation because in the time of uncertainty investors sell off their altcoins for Bitcoin in order to quickly close their crypto positions if a threat of the market capitalization depreciation imposes itself. 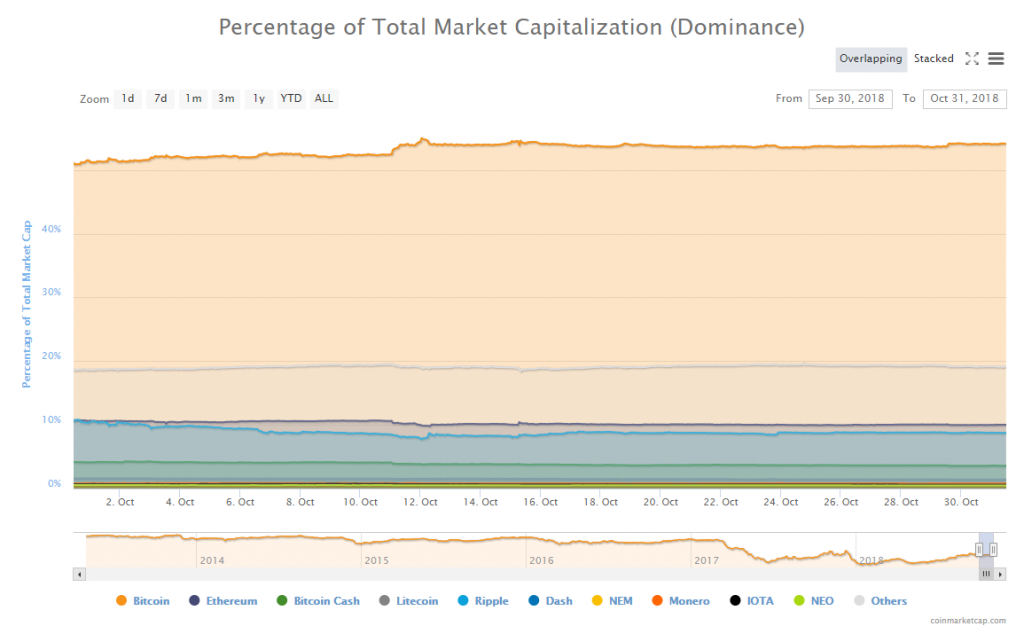 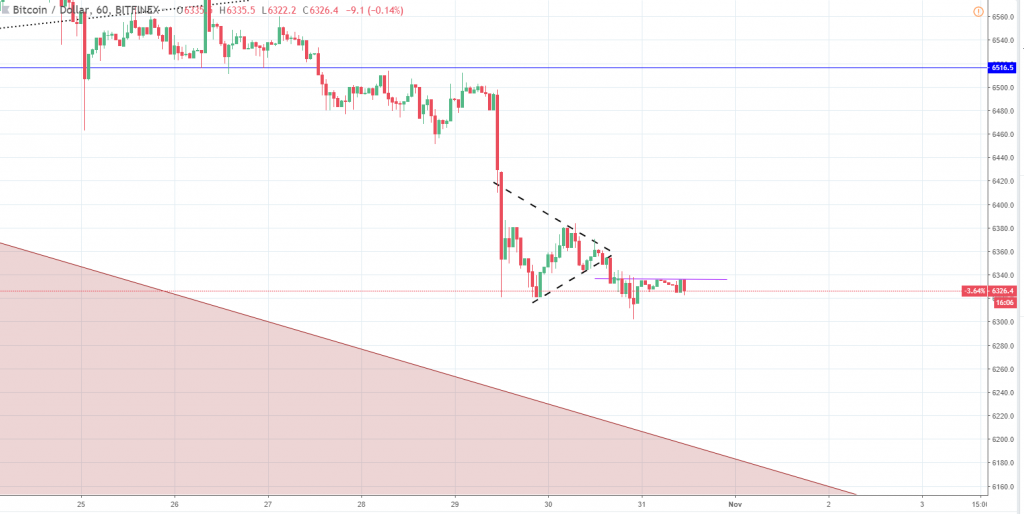 Looking at the hourly chart we can see that the yesterday’s high was an interaction with the bearish pennant’s resistance line and from there the price went on to break out from the triangle on the downside and made a lower low to $6315 and spiked further to $6303 but has now recovered slightly and is at the levels of the prior range support which now serves as resistance from which currently by the looks of it the price is getting rejected. I believe that now as the price gets rejected we are likely going to see price create a lower low again, heading down to the descending triangle’s resistance line.

Bitcoin is in the sell zone as indicated by the hourly chart technical indicators. 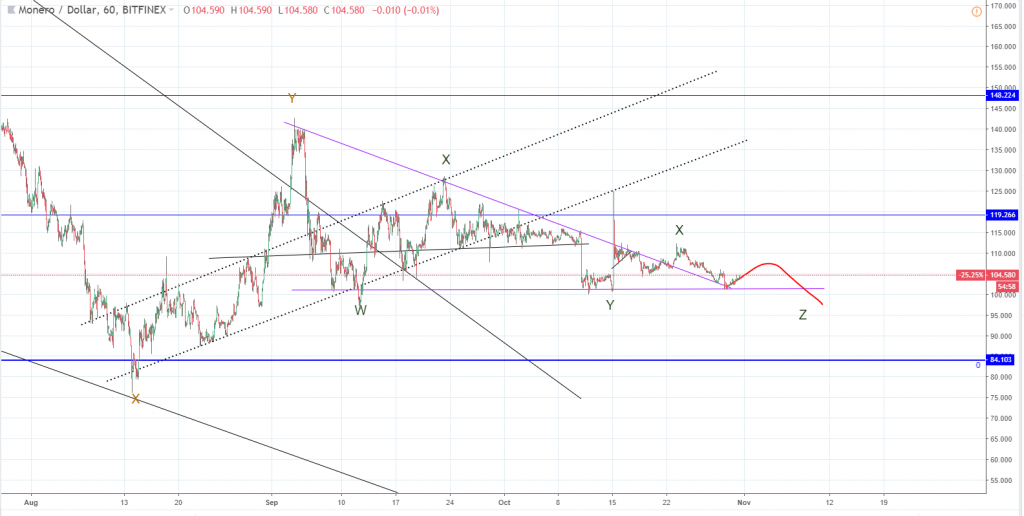 On the hourly chart, you can see my optimistic projection with an Elliott Wave correction count being WXYXZ. If this is the scenario the price is expected to create one more low from there it will continue the prior uptrend and potentially create higher highs from the one of the prior minor WXY correction at $128.

If this current correction however ended on the Y wave, we are then seeing another WXY in the opposite direction reaching the levels of where the second X wave is at $111. This scenario is pessimistic because in that case, the correction ended on the upside which means that the following trend diction is down.

In both cases, the short-term picture stays the same and is represented by the red brush layout. I am expecting more upside to approximately mid range from the second wave X after which the price to go below the minor horizontal support level which was also the support from the descending triangle previously broken.

In the last couple of day’s the price of IOTA hasn’t changed much as it has been hovering around the levels of around $0.454 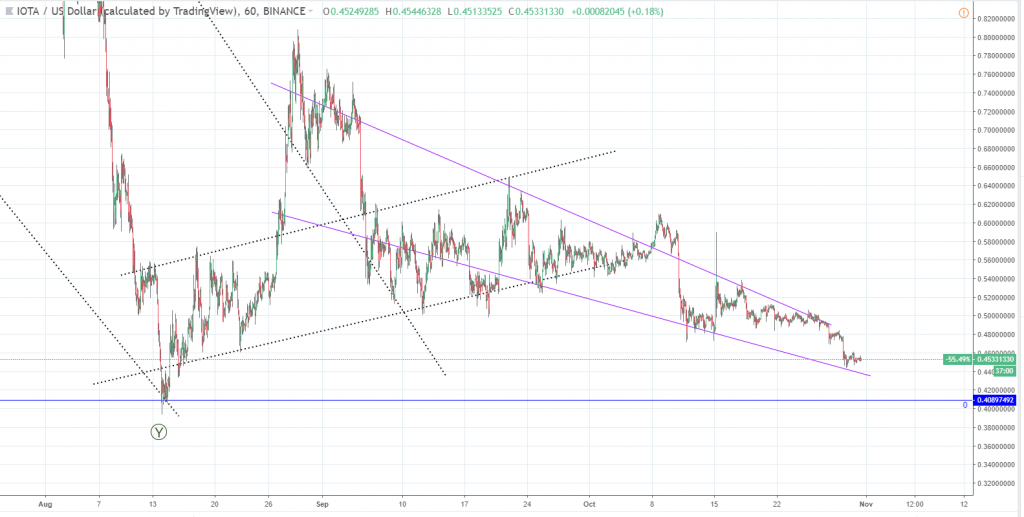 MIOTA is in the sell zone.

Now as the market is overruled with uncertainty the prices are likely going to experience sideways movement in the upcoming period before another drop will occur.