At press time, the father of crypto has shot back up to $6,300 after falling to its lowest point in weeks. Recently, bitcoin was traversing the $6,200 range after sitting at $6,400 for some time. No one expected the currency to move all that much considering volatility has been at an all-time low, but move it did, and the price repeated its early October behavior.

While this reporter is not a financial analyst, there are probably two likely outcomes that could stem from this scenario. The first is that bitcoin moves right back up to $6,400 and the drop will be a thing of the past. However, there’s a second possibility that bitcoin will potentially meander through $6,300 for some time. 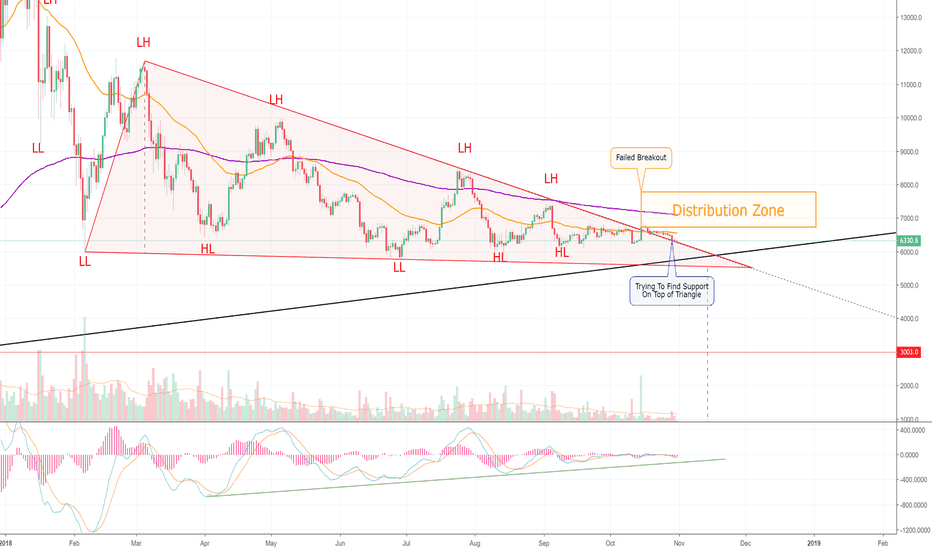 If we can all remember for a few moments, bitcoin was traversing $6,500 throughout the latter half of September. The price drops it incurred later brought it down to 6,200, though it didn’t stay here very long. The currency quickly recuperated and moved up to $6,400, though its recovery stopped there. It didn’t fix itself 100 percent; it stopped shy of $100, leaving many wondering what was going to happen in the future.

This time around, should bitcoin repeat this sort of pattern, we may see it remain in the $6,300 range where it is now. After all, it fell back down to $6,200 and has already recovered somewhat, though last time, it did so short of $100, and if bitcoin does the same thing again, we may see it trade in the $6,300 range for a while. It’s unfortunate, as this reporter is sure everyone would like to see higher numbers, though we must remain conscious that virtually anything can (and sometimes will) happen with bitcoin, and we need to be prepared for the worst, along with the best.

So, what can we expect from bitcoin next now that we’ve started the month of November? Well, as one analyst is claiming, bitcoin – often referred to as “digital gold” – was completely outperformed last month by “real” gold, which ended October by trading at roughly $1,220 an ounce. This is over $30 higher than where it began the month (approximately $1,189 an ounce). Gold is trading higher, while bitcoin is down in the dumps.

In its defense, however, bitcoin is seemingly tied to the stock market, which suffered greatly during the month of October. The Dow Jones fell approximately 800 points and bitcoin followed suit. In addition, a $30 rise during a single month for gold isn’t something to be terribly proud of, so one can’t exactly say that bitcoin is over and done for.

The post Bitcoin Price Watch: Will the Currency Repeat Its Previous Behavior? appeared first on NullTX.