Looking at the global chart we can see that the evaluation spiked up to the levels of prior range support which now serves as resistance and consequently was rejected fast. The rejection resulted in a steep pullback and we are yet to see if the momentum behind the runup is still present. 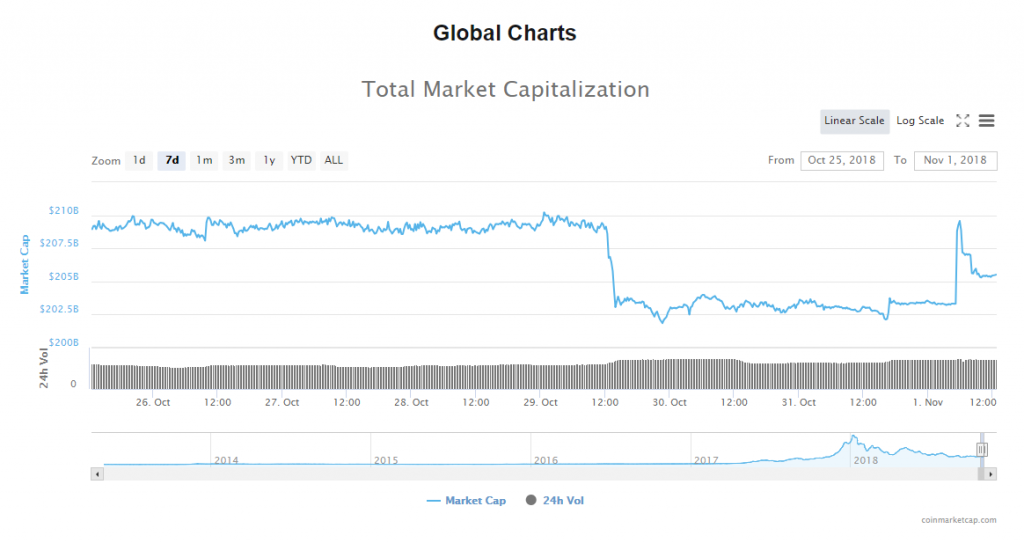 Bitcoin’s market dominance has fallen by 0.15% which isn’t much but is correlated inversely with the increase on the global chart which yet again shows that in time of confidence Bitcoins dominance decreases while investors flock to Bitcoin for safety in times of uncertainty.

From yesterday’s open at $6335, the price of Bitcoin has fallen to $6255 at first but the drop activated buying that pushed the price back up, spiking at $6420 at its highest point yesterday. Since the run up the price pulled back and is now consolidating inside a range. 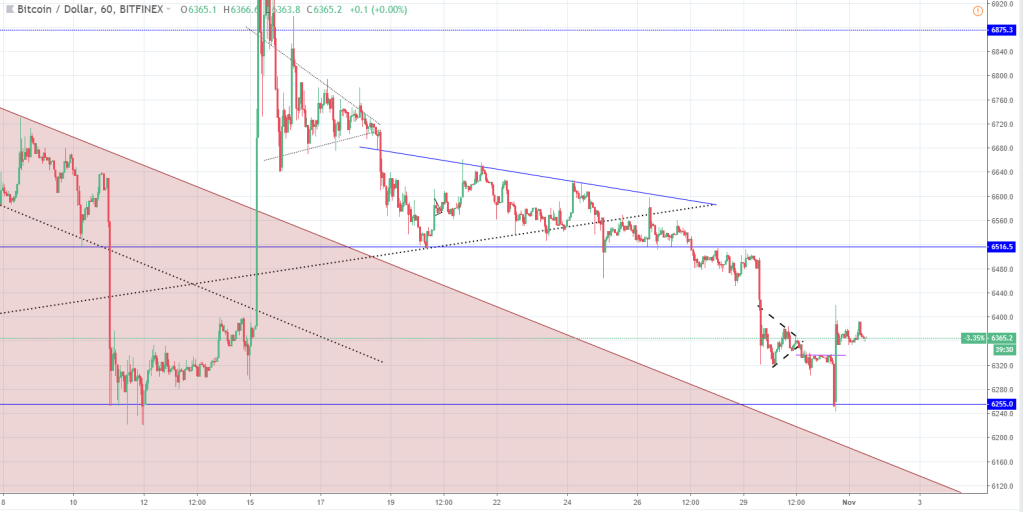 The spike down was an interaction with the lower support level from which the price previously spiked all the way up beyond the horizontal resistance at $7372, which means that the breakout from the descending triangle resulted in a fakeout as the price retraced by 100%. From that retracement, the price has recovered by 1.76% and is now back on the levels from which the price previously broke out from the symmetrical triangle.

Zooming into the 15 min time frame I have counted the correction inside a range and as you can see I have labeled it as a WXYXZ correction ending on the support line which means that if the price is set to behave impulsively now, we are going to see a breakout from the upside of the range in which the price is currently. 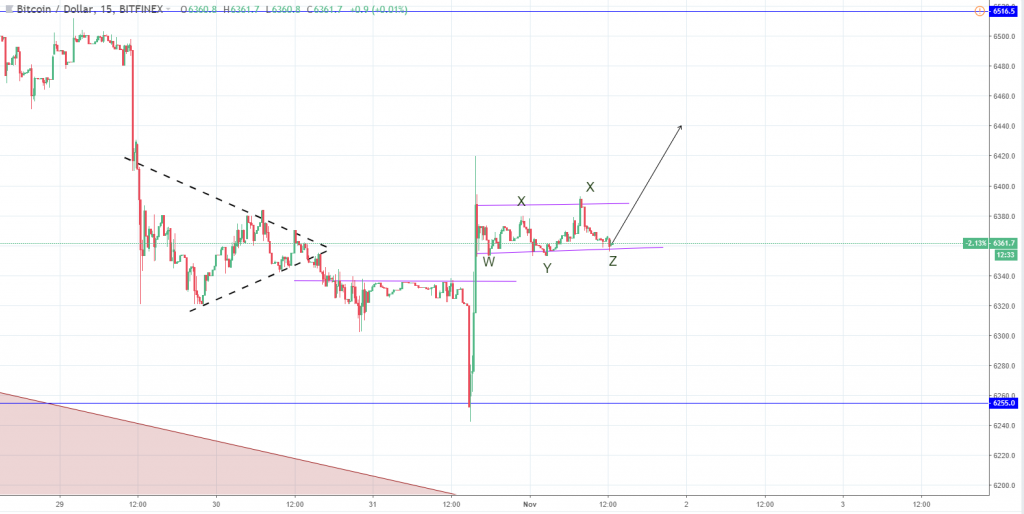 The price might not set up to break out just yet, and we can see the next structure being another wxy correction in the opposite direction still within the current range. 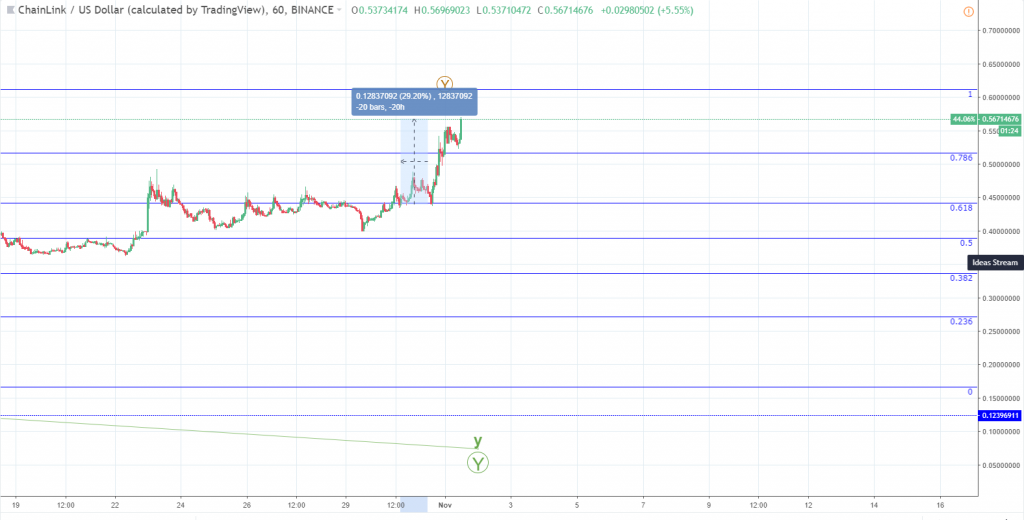 On the hourly chart, you can see that the momentum has caught after the price retested the prior resistance and found support there at the 0.61 Fibonacci retracement level. This is interesting because in my last LINK/USD analysis on August 22. I have projected that the Y wave would end up somewhere in that vicinity.

This was my projection.

As you can see I have projected that the price will fall from the levels of where the price was then around $0.3379 to the ascending channels support line or a bit lower, which would end the intermediated WXY, and another intermediate WXY in the opposite direction will occur.

Looking at the current chart which is 4 hours (opposed to the hourly above), we can see that my projection went on in accordance except, my projected recovery WXY was way modest than the current one, but I had expected the final wave Y to end on the ascending channels resistance line much like it happened.

The price still has a bit more room to go, so an increase to the Fibonacci level to where the prior high or Y wave is a possibility, but after this Y wave ends and in particular considering the unsustainable upward, exponential increase the price has experienced, we are going to see  a downfall in the upcoming period potentially all the way down to the 0 Fibonacci retracement level again, but definitely to the 0.5 Fibonacci retracement level at first.

Technical indicators are bullish on the majority of time frames and especially on the hourly chart.

After yesterday’s slump the market has recovered slightly in some cases, and by far in others but this movement is only market noise in a bigger picture which is still bearish overall.