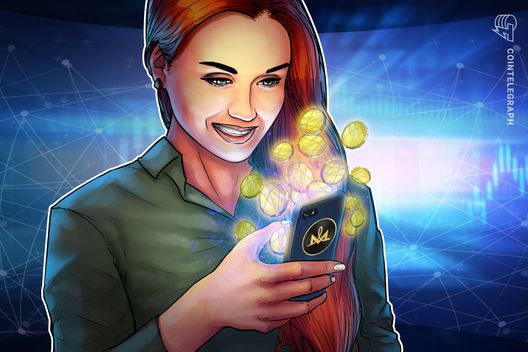 The exchange platform is integrated into a mobile cryptocurrency wallet. Transferring money via this service is “as simple as sending a text.”

SovereignWallet, “one of the most secure mobile cryptocurrency wallets,” announced M-DEX, a new feature for its application. M-DEX is a free-custody mobile exchange platform that has fixed rates and can make the transfer of coins safe and quicker by using atomic swap technology.

The new part of blockchain-infrastructure

The company says the M-DEX exchange service will be “the most secure mobile cryptocurrency trading platform on the market.” Users will be the only people who have access to their own private keys, so they will be able to trade their coins directly with each other. According to SovereignWallet, sending or receiving assets won’t require the involvement of a third party. The new service will be fully integrated in January 2019.

SovereignWallet also calls M-DEX “one of the first custody-free platforms on the market” which provides fixed rates. The company says, it will be possible because of the special tool —  the MUI trading bot. The MUI Token is a new ERC-20 compliant token, known as MUI, the company’s own cryptocurrency.

The MUI trading bot will perform an analysis of the exchange platforms that M-DEX is integrated with. The system will compare the latest trends and market actions, and will help users avoid high fees and fund risks. The trading process itself will be managed by atomic swap technology, which is designed to support the direct trade of different cryptocurrencies.

The first product that was announced by the company was SovereignWallet. The company said that transferring funds via SovereignWallet is as simple as “sending a text,” because the M-DEX exchange platform is integrated with the online wallet.

The SovereignWallet network ecosystem is powered by the company’s own cryptocurrency MUI Token. The company claims it is one of the few cryptocurrencies whose value is protected by the Algorithm central bank —  a special automated stabilization tool. It automatically adjusts the supply of tokens on sale and helps users make purchases and get their MUI Tokens without any danger of fraud or error. MUI also can be exchanged on any decentralized exchange platforms.

MUI Tokens are available during the third phase of the public ICO that SovereignWallet launched on November 1. The company has announced that it’s the last public sale of their cryptocurrency. During the previous two phases of the ICO, which took place in June and September 2018, the company sold 150 million MUI Tokens.

SovereignWallet has promised to include more cryptocurrencies to their system. Lately, the company has added more than 10 coins, including AirSwap (AST), 0x Protocol (ZRX), and OmiseGo (OMG) tokens.

The company was created in 2015 and the team of SovereignWallet has twenty years of experience in developing web and mobile security solutions for governments and banks.  SovereignWallet says, unlike other startups that collect money during an ICO for developing the project, their approach to fundraising is more of a “Reverse ICO.” Almost all of the designs for the SovereignWallet app were completed before the launch of the initial ICO.

SovereignWallet states that one of its main motivations is the promotion of financial inclusion to a wide audience by adding other languages. The company is counting on the hundreds of millions of unbanked users, who have smartphones, but still don’t have access to regular financial services. SovereignWallet aims to give them the opportunity to easily create their own crypto money pegged to stable currencies. According to the company, for those coins the users will be able to use an exchange service that is quicker than conventional methods of money transfer with  “relatively low fees.”