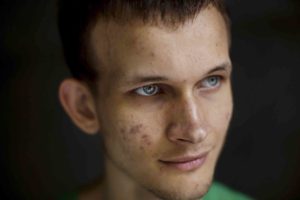 An article headline in MIT Technology Review heralds Vitalik Buterin saying Ethereum can’t succeed unless he takes a step back. Tone Vays almost wet his pants with glee at Vitalik’s imminent departure, before being put straight by the man himself.

Vays jumped on the headline to rant about bitcoin not competing with nonsense platforms, and suggested Buterin was going to ‘pull a Dan Larimer.’ (He has previously criticized Larimer, the Block.one Founder and CTO, over the EOS platform.)

Buterin was quick to point out that he is not leaving the platform, and that critics will criticise, whatever he does. He suggested that the headline was misleading, and that the sub-headline gave the more correct emphasis: that Ethereum must stop depending on him if it is to be truly decentralised.

Actually, the subheadline is fine.

> At Ethereum’s annual developer conference, its founder tells us why his technology can only be truly decentralized if it stops depending on him.

"Ethereum stops depending on me" is the correct emphasis. But very far away from me leaving.

Buterin has spoken about detaching himself from the Ethereum project before. As recently as last month, he suggested that it was “already in progress.”

Though the language is a bit ambiguous, he clarifies that his intention is for Ethereum to survive if he spontaneously combusts. (Why he pictures such a gruesome demise for himself is unclear.)

Vitalik is still actively involved in Ethereum development, although he is deliberately attempting to reduce his prominence. Clearly, it is not healthy for the fate of an entire platform to rest in the hands of one man.

Buterin was talking to MIT Technology Review at Devcon in Prague, the annual get-together organised by the Ethereum Foundation. The hot topic of discussion was Ethereum 2.0, a future update dealing with issues of scaling, amongst other things.

A key part of this is transitioning from a ‘proof-of-work’ protocol to a more energy-efficient ‘proof-of-stake’ algorithm. Other improvements include methods known as sharding and plasma to improve current transaction limits. By allowing users to perform certain transactions without writing each one to the blockchain, the network will be able to handle more volume.

Unsurprisingly, Buterin has been instrumental in designing and implementing these changes. Whilst he may aim to be detachable from the project, he is very far from being detached.

[Disclaimer: Any opinions expressed in this article are purely those of the author and do not necessarily reflect those of Bitcoinist.]

The post Vitalik Buterin is Not Stepping Away from Ethereum appeared first on Bitcoinist.com.