From yesterday’s open at $206,9B the evaluation of the cryptocurrency market capitalization has increased to $212,394,282,572 to it highest point today.

Looking at the global chart you can see that the evaluation has broken out from the descending channel in which it was from the 5th of September and has now created a cluster around the level of the prior range support as it now serves as resistance. 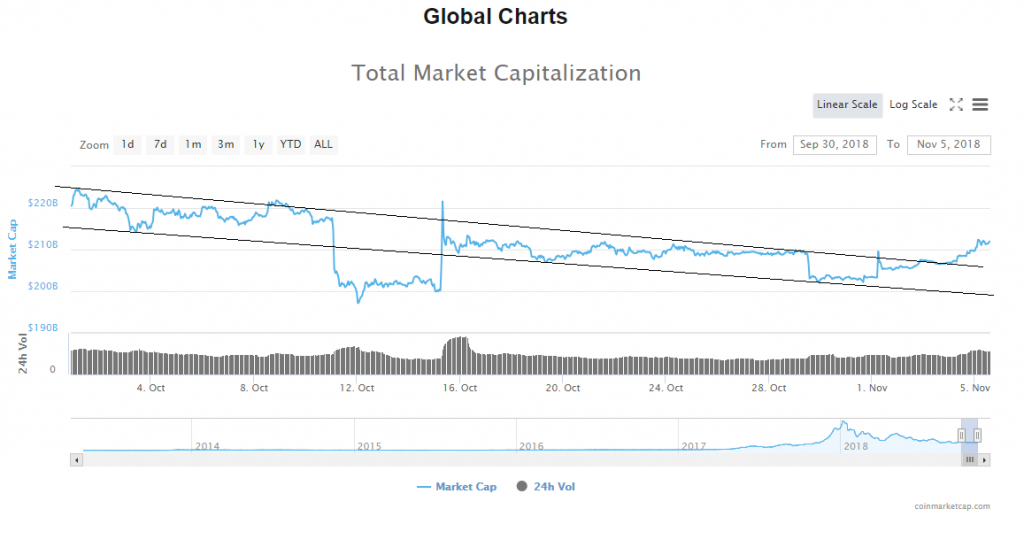 Consequently, the market is predominantly in green but we can see both colors among top 100 coins with an average percentage of change ranging around 2%. The biggest loser is Etherenal Token with a decreased of 18%.

Bitcoin’s market dominance has been decreasing steadily and is down by 1% from its highest point at 53.75% on Friday. 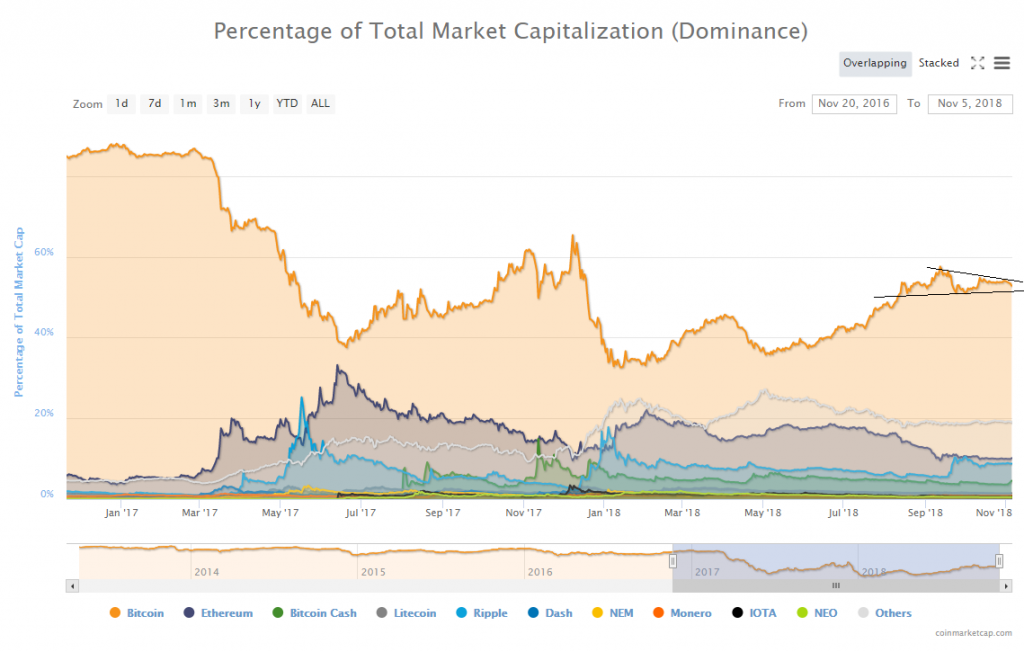 The evaluation has been increasing and since it reached the triangle’s resistance line it has been in a downward trajectory and is likely now heading down towards the triangles support line which inversely correlates the increase in the market cap evaluation and the expected increase.

Friday’s open was my projected target level from last Thursday’s analysis and as you can see my projection was spot on. After the initial spike, the price has pulled back which is the second corrective wave from my current Elliott Wave count. From there the price increased and interacted with the horizontal support level at $6516 which now serves as resistance which is why the price was rejected there, but as again caught up the momentum as the final fifth wave is about to end. According to the Elliott Wave Principle, the 5 wave should exceed the 3 wave or at least come up to its high which is why I have projected the final wave to just slightly above the horizontal level after which I am expecting a correction.

Bitcoin is in the buy zone.

From Friday when the price of Bitcoin Cash was at $425.5, the price has increased by 35.53% as its now trading at $578. This increase is due to the BCH hard fork as people are buying BCH in order to get the equivalent amount of the new yet to be created coin. 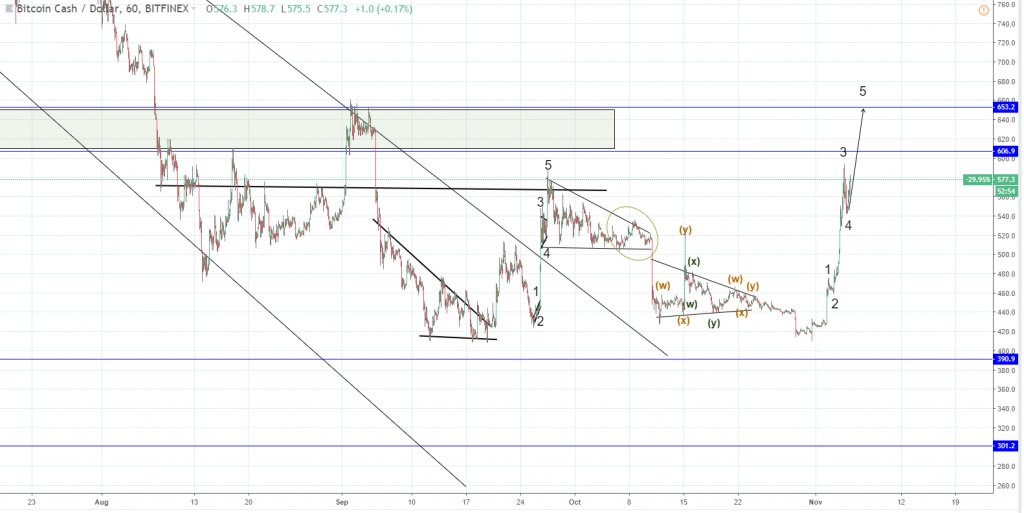 Looking at the hourly chart you can see that the price fell to the levels of the prior low and from there went on to spike to the levels of the prior impulse wave ending point where the bold black horizontal line is at $567 and has now exceeded it on another attempt to go beyond the horizontal support which now serves as resistance at $606. As the price pulled back slightly on the 4 wave another increase is to be expected and my projected target would be at the support zone resistance line at $653 after which I would be expecting a correction.

Like in the case of two prior cryptos the price of Cardano is showing a similar pattern but with a small lag behind. As I have counted the waves for the final 5 wave I have projected that the target level would be at the prior range support at $0.0794 after which I am expecting a retracement, but the price could go further up to the next horizontal level which is at $0.089 before we see a correction.

Cardano is in the buy zone.

Buy looking at the chart of the three major cryptos as well as analyzing the global chart and the bitcoin dominance chart I believe that the market in general and with it, the prices of particular coins are going to increase further up in the upcoming days. The only problem is that it is still unclear whether or not this is a corrective move to the upside before more downside or vice versa so we are yet to see what happens in the market.