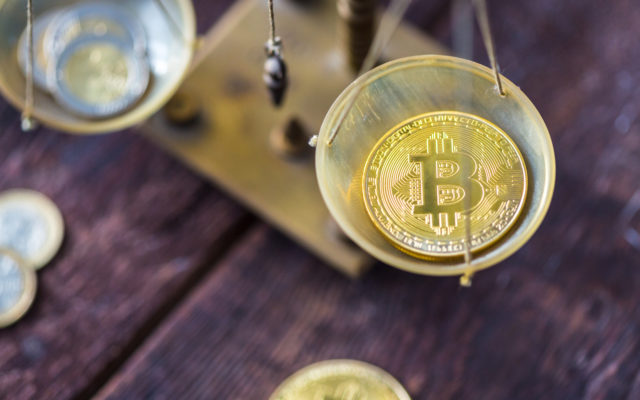 Swiss financial regulator has informally signaled cryptocurrency investments should have a risk weighting ratio of 800 percent of the original amount.

According to local news media outlet Swissinfo, the Swiss Financial Market Supervisory Authority (FINMA) revealed the figure in October in response to a query by trustee and accountant association EXPERTsuisse.

In the letter, dated October 15, FINMA suggested it had come under pressure to provide clarity on the issue from banks and associated players, but the requisite regulatory guidelines were yet to appear.

“FINMA has recently received an increasing number of inquiries from banks and securities dealers holding positions in cryptoassets and are subject to capital adequacy requirements, risk distribution regulations and regulations for the calculation of short-term liquidity ratios,” Swissinfo quotes it as stating.

Switzerland has several years’ experience of formal integration of cryptoasset-based products in its banking sector, has taken a proactive role in creating a supportive legislative environment for the new instruments.

At the same time, Swissinfo notes, FINMA can only give ballpark figures until all-encompassing formal statutes are set in stone by the international adjudicator Basel Committee on Banking Supervision.

A decision may come as soon as the Committee’s next meeting at the end of November.

In the meantime, cryptoassets should be “assigned a flat risk weight of 800% to cover market and credit risks, regardless of whether the positions are held in the banking or trading book,” the letter continues.

According to sources commenting on the situation, the 800 percent figure is high, but not prohibitive.

SEBA, a startup which in September raised $103 million to build a cryptocurrency bank in the country, said the recommendation “had a limited impact on its business model.”

“It’s encouraging to see banks no longer turning down the increasing number of client requests for crypto services but asking for guidance and providing their input along the way,” lobby group the Bitcoin Association Switzerland added to Swissinfo.

What do you think about FINMA’s recommendation? Let us know in the comments below!