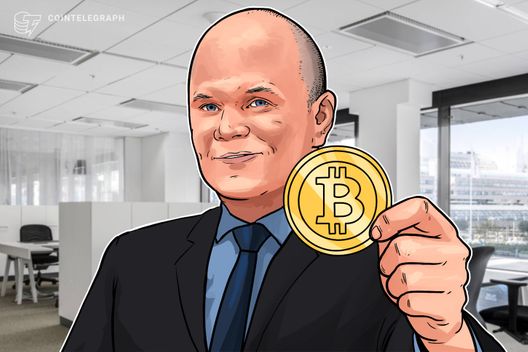 A roof around $6,800 is a decisive factor in determining whether Bitcoin reaches $9,000 before the end of 2018, Galaxy Digital CEO says.

Speaking to the publication, Novogratz, who is well known for his optimistic outlook for Bitcoin prices, forecast BTC/USD to end this year at around $8,900.

The largest cryptocurrency has refrained from any marked movements up or down in recent weeks, instead revealing a streak of stability, which commentators such as Fundstrat Global Advisors analyst Tom Lee have hailed as a sign markets are maturing.

Next year, however, conditions should change markedly, says Novogratz, with institutional investors’ “FOMO” (‘fear of missing out’) causing a surge in prices.

“There’s going to be a case of institutional FOMO, just like there was in retail,” he continued.

Novogratz had previously made similar predictions last month, specifically targeting the first half of 2019 for institutional interest and a December 2018 Bitcoin price not higher than $9,000.

Lee also continues his buoyant outlook for Bitcoin in the short term, telling Cointelegraph in an interview that the coin was “preparing to break out.”