The term ‘Blockchain’ has been popping up in Google searches more often. In fact, it has overtaken the term ‘cryptocurrency’ consistently in terms of search frequency over the latter half of this year. Blockchain did it for the first time in July, and according to Google, it has been a more popular search term since September. 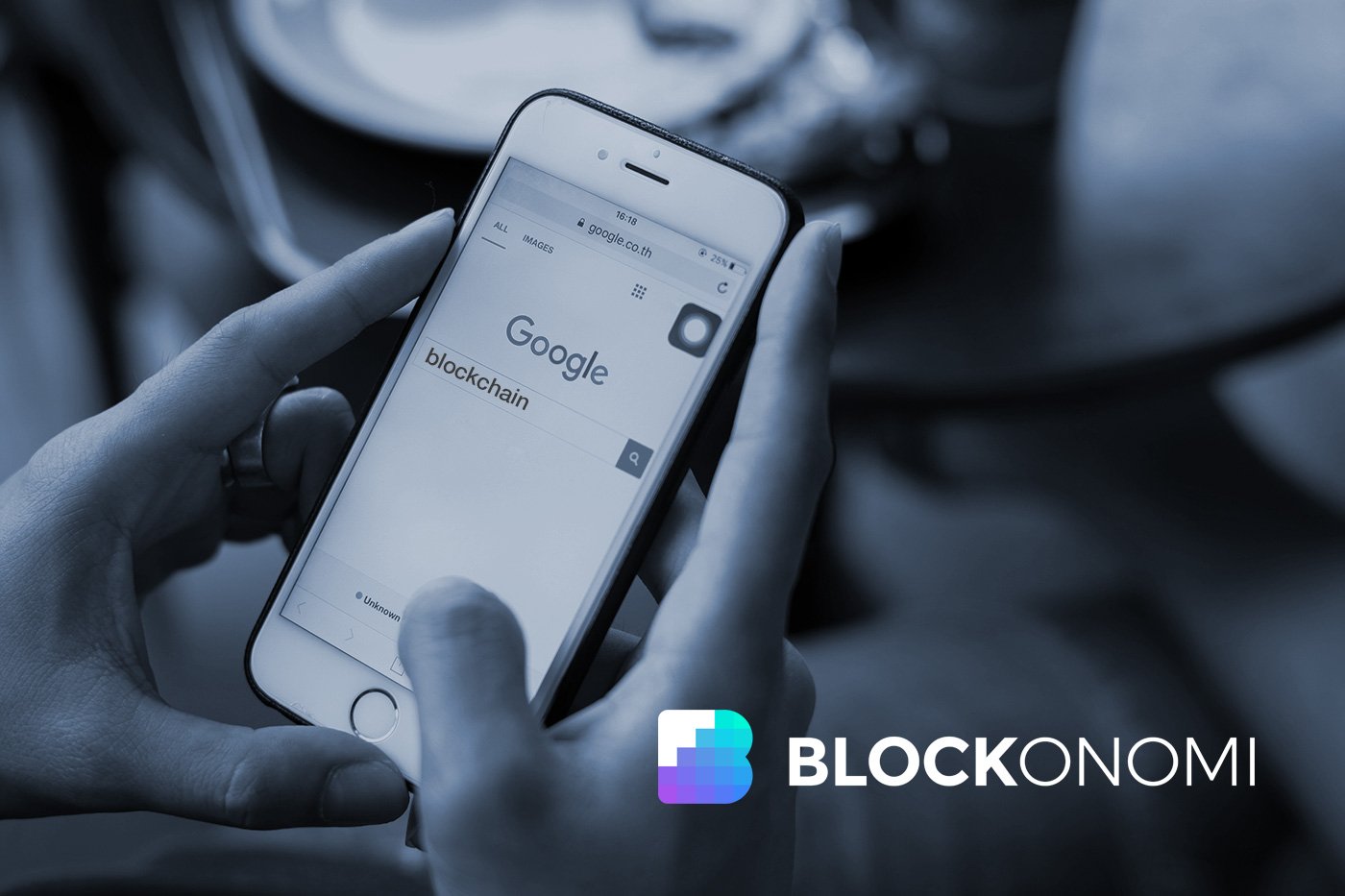 There is no way to know exactly how many times these terms have been searched because Google supplies the data in a relative format. Regardless of the overall numbers, it is clear that the public is starting to wake up to blockchain. 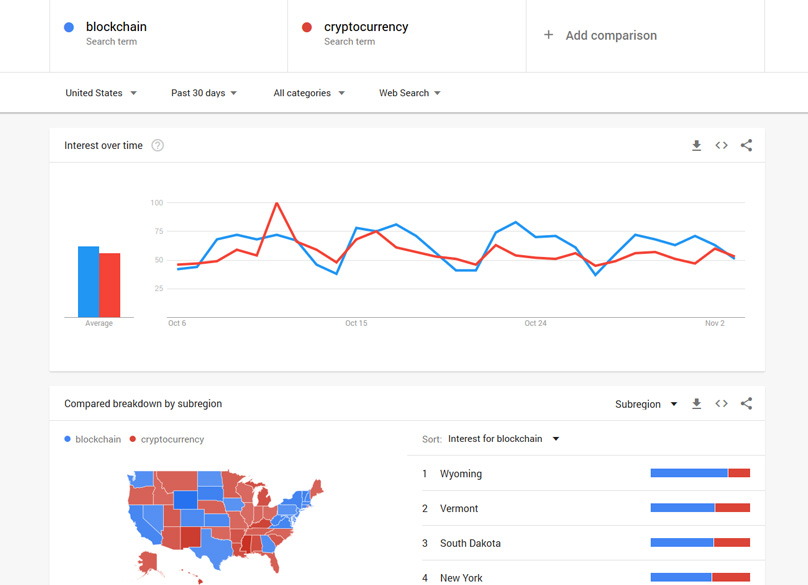 For the moment, there are few blockchain applications that the public can access directly. Investors have limited options as well, as most blockchain startups are private and pretty risky to boot. Most of the action in market-ready blockchain applications is happening at higher levels, with major companies that can secure the confidence of their counterparties. Some smaller players are also getting attention, but they face an uphill battle when it comes to credibility.

Blockchain is Here to Stay

Outside of development circles, there is still a lot of mystery surrounding blockchain. Most people associate it with cryptocurrencies, for obvious reasons. In fact blockchain is reaching into areas that seemed unthinkable a few years ago, and making complex systems much easier to manage.

There have been numerous research blockchain programs undertaken by large companies, but until recently, few real-world use case scenarios have emerged. That is changing now, and the deal that Walmart struck with IBM is a perfect example of how the corporate world is shifting gears on blockchain.

A big part of Walmart’s business is food distribution. Record keeping in the food industry is complex and cumbersome, which puts Walmart in a difficult position. If there is a problem with food contamination, it can take days for Walmart to track down where the tainted food came from, and which stores still have it on their shelves.

Blockchain is a perfect fit for these kinds of complex supply chains. IBM used blockchain to create their IBM Food Trust, which cuts tracking time in the food supply chain down to a few seconds. Not only does this system offer a much higher level of efficiency, but it could also easily save lives in the near-future.

Bridget van Kralingen is IBM’s senior VP for Global Industries, Platforms and Blockchain. She explained that, “We built the IBM Food Trust solution using IBM Blockchain Platform, which is a tool or capability that IBM has built to help companies build, govern and run blockchain networks. It’s built using Hyperledger Fabric and it runs on IBM Cloud.”

Supply chains are all a little different, but a platform like IBM’s IBM Food Trust could be the future of tracking in many different industries. For now the produce will have the be tracked manually as it is moved, but emerging Internet of Things IoT could change that as well.

The about-face in blockchain’s popularity has been global in scope. The tsunami of hatred that hit blockchain during 2017 has given way to multi-billion dollar investment programs in China, and blockchain patents from most of the major Western banks.

As it stands today blockchain platforms have already been deployed into numerous areas for pilot programs. Russian airlines are using it for their fuel purchases, and many utilities are working with blockchain platforms to usher in a new era of small-scale solar power trading.

As more platforms like the IBM Food Trust enter commercial use, the pressure on other sectors to adopt blockchain technology will probably grow. When blockchain demonstrates that it can eliminate wasted time, and create better records, it is likely that other uses will grow from its early successes.