Elon Musk. Jeff Bezos. Richard Branson. These names have become synonymous with cutting-edge technological pioneering and the outrageous ideas that go along with them. New and exciting concepts that are shaping the lives of society as a whole. However, an emerging name that has come out of the woodwork in recent months that is equally worth paying attention to is Jeffrey Berns.

Former lawyer turned cryptocurrency investor, Berns has envisioned a kind of technotopia of sorts that we have only ever contemplated in science fiction. A multi-million dollar personal investment that he is confident will see unprecedented prosperity for a planned technological community in the heartland of America; Nevada. 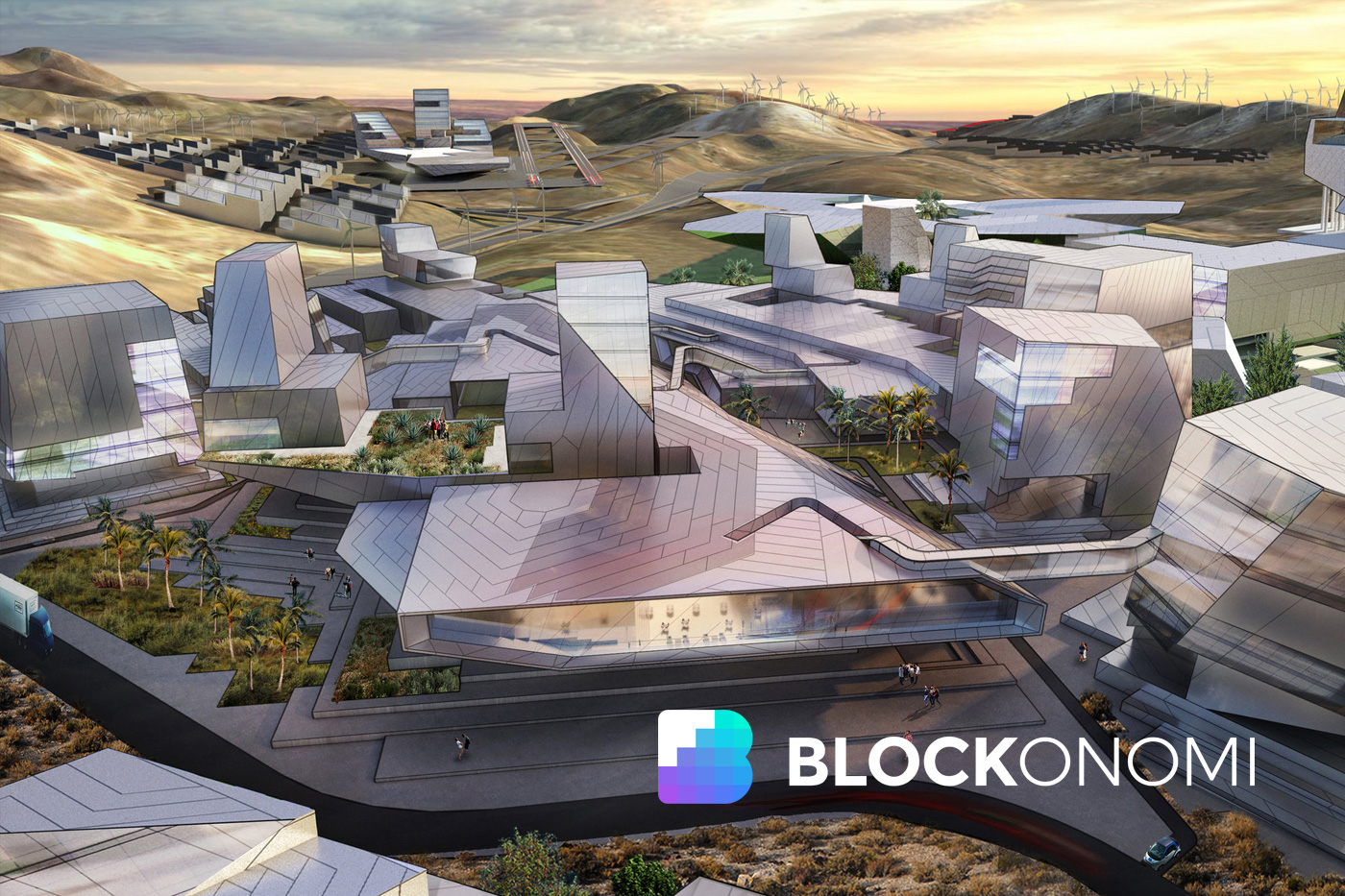 A rendering of what this blockchain-based community might become. Image from NYTimes.

Just earlier this year, Berns’ cryptocurrency company – Blockchains LLC, bought a piece of land in Nevada which has been valued at a staggering $170 million dollars, with plans of further expansion and investment well in hand. At last count, Berns is believed to have already invested a total of $300 million on land, offices, planning and the 70 employees currently under contract. No small sum when you consider that it is being banked on a technology this is just under a decade old.

A Democracy, by Technology

So what’s the end game? Berns believes that the inherent privacy, security and efficiency that blockchain technology offers will be the defining factor in crafting a community that is entirely self-sustainable and self-governing. During his days working as a lawyer arguing cases against financial companies, Jeffrey Berns was introduced to the concept of cryptocurrency and its commercial pioneer, Bitcoin.

Quite taken by the potentialities of the technology he diverted himself to exploring the crypto market, later discovering Ethereum and came to feel it was decidedly the currency to back.

With its smart contracts, airtight security, self-checking mechanisms, and high transaction speed, Berns has envisioned a community that will no longer be subject to the inefficiencies of traditional banking and corporate institutions. He sold his Ethereum holdings during the crypto-craze of late 2017, and plans to use the technology that made him rich to see others thrive.

The crypto millionaire, who is funding the entire project himself, envisions the far reaching benefits that blockchain technology can have on the energy industry. In a recent agreement with one of Nevada’s leading energy companies, NV Energy, Berns announced a Memorandum of Understanding (MoU) had been reached in which NV Energy has agreed to test and incorporate blockchain in the running of energy transaction.

Being paid on time, never having to worry about banks losing your money, buying, selling and sharing energy on an equally distributed ledger system, these are samples of some of the lifestyle options that Berns’ crypto utopia hopes to offer.

The large investment move has been well received by officials in the state who are eager for the region to see healthy economic development as a result of the project. The concept has even been given an unofficial name by one Nevada governor who has touted it as the “Innovation Park” of Nevada. 8 year colleague and friend of Berns, Joanna Rordriguez, voiced her personal confidence in Berns to the New York Times saying that Berns always achieves what he sets his mind to.

The post Is Nevada To Become The Next Crypto Utopia? $170 Million Investment Planned appeared first on Blockonomi.