If there was a global race to secure blockchain patents, Bank of America would be winning. They currently have 50 approved blockchain patents. This seems like a big vote of confidence for the technology, but it could also be a way to promote their business and appear to be on the cutting edge of Fintech.

Bank of America filed their first blockchain patent in 2014. It was titled, “Wire Transfers Using Cryptocurrency,” and the U.S. Patent and Trademark Office (USPTO) approved it in September of the following year. The bank has done little to develop the platform further, and this could be indicative of their view on cryptos and blockchain technology. 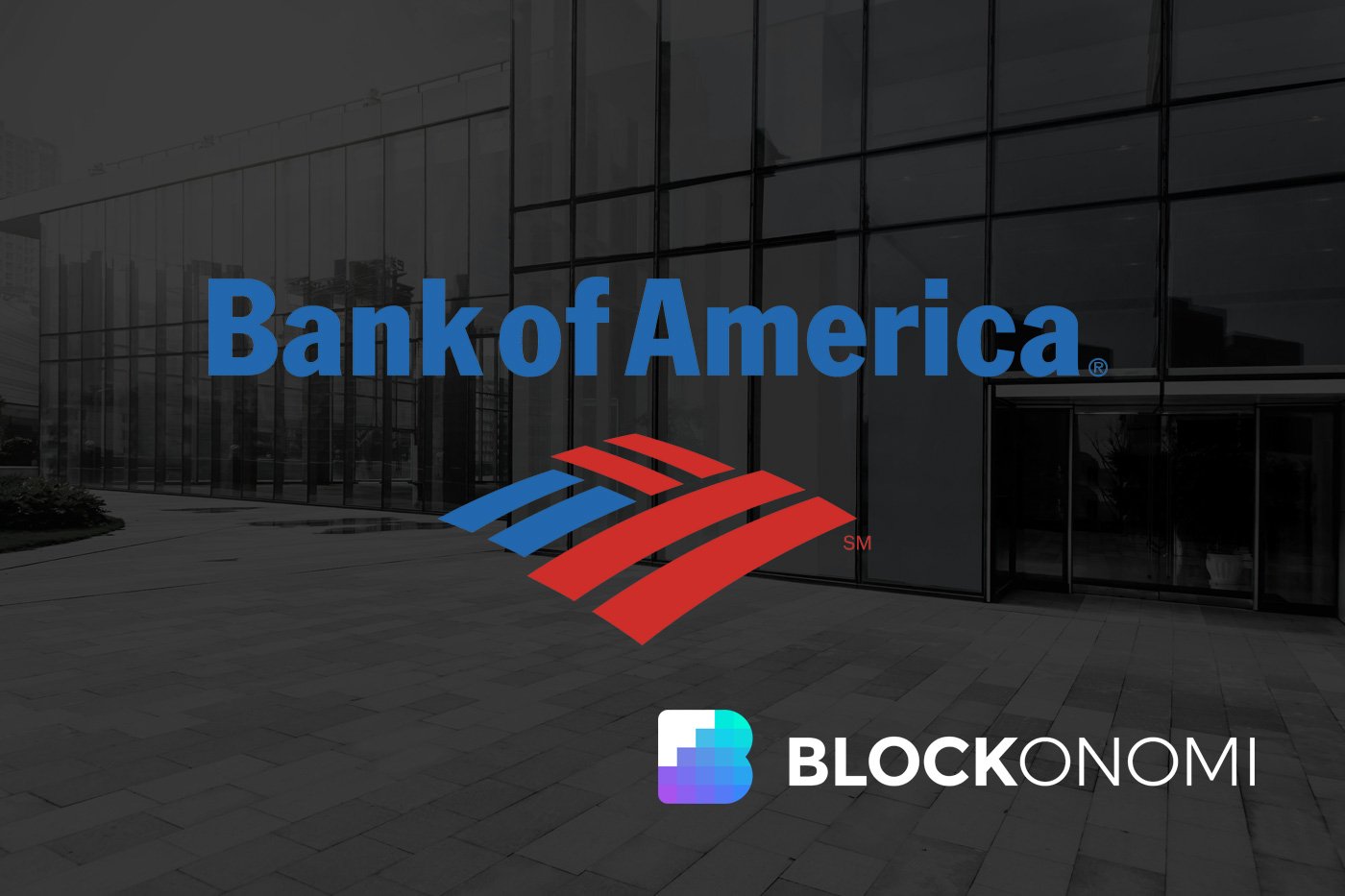 Bank of America is Hard to Read

There are mixed views when it comes to Bank of America’s true motivations in the crypto/blockchain space. In January of 2016 they told the press they were getting ready to apply for 20 blockchain patents.

At the time Catherine Bessant, their Chief operations and technology officer, told CNBC that, “As a technologist, the technology is fascinating. We have tried to stay on the forefront. I think we have somewhere around 15 patents, most people would be surprised at Bank of America with patents in the blockchain or cryptocurrency space.”

The bank has continued to patent crypto technology. On paper, Bank of America (BoA) looks like one of the most progressive major banks out there. This might be something of a ruse, according to a former employee.

Michael Wuehler worked for BoA for more than 11 years. Now he is a blockchain specialist at ConsenSys. In August of this year, he claimed that the pile of patents that BoA holds are “meaningless” from his perspective, and may never lead to any real-world applications. He claims that BoA is patenting crypto and blockchain ideas because they want press coverage, and to shine up their innovative image.

Mr. Wuehler is listed on 8 of the 50 blockchain patents that BoA currently holds, so his views on the bank’s motivations are probably not far off the mark.

Building up a Library

Whatever their motivations, BoA has put together an impressive list of crypto and blockchain patents. Their most recent approved patent related to keeping private keys safe. It was confirmed by the USPTO on October 30th.

Apparently BoA thinks that the current safeguards for private keys are insufficient. The patent says that, “While many […] devices may provide for acquiring evidence of a security breach (i.e., physical or non-physical tampering with the device and/or the data), such devices do not provide for real-time response to such breaches, such that misappropriation of private cryptography keys is prevented.”

The bank hopes to solve this with their new patent. Their most recent approved patent continues, “Therefore, a need exists for a secure means for storing private cryptography keys. The desired storage means should reduce the risk of misappropriation of keys due to the keys being stored internally within a computing node that is frequently or, in some instances, continuously accessible via a public communication network, such as the Internet.”

From the looks of it, BoA is looking for new ways to apply their existing business model. Numerous other patents they have filed look similar, and seem to be focused on adding security to a technology that was designed to circumvent the existing banking infrastructure.

Are Cryptos a Threat?

BoA has been patenting crypto technology, but they don’t seem to be willing to let their customers take part in the crypto market. Last year they joined numerous other banks in shutting their clients out of the crypto market, via their refusal to allow the use of their bank cards at crypto exchanges.

They also issued this statement in their annual report this year, “Clients may choose to conduct business with other market participants who engage in business or offer products in areas we deem speculative or risky, such as cryptocurrencies.” They were referring to cryptocurrencies, and specifically, Bitcoin.

Whether or not BoA is actually going to use any of these patents is totally unknown. The bank may be preparing for eventualities, and waiting to see what the public does. For the moment they seem to be content to patent potential great ideas, and put them on the shelf. One thing is for sure, if cryptos ever do become a major settlement technology, BoA will be ready.