From yesterday’s open at $212,7B the evaluation of the cryptocurrency market capitalization has increased by $7.3B measured to the current levels, but as you can see from the global chart below the evaluation went a bit higher, but has now started to form a corrective descending structure.

Consequently, the market is predominantly in green with an average percentage of change ranging from 1.65-4%. Biggest gainer among top 100 coins is Aeternety with an increase of 13.81%. 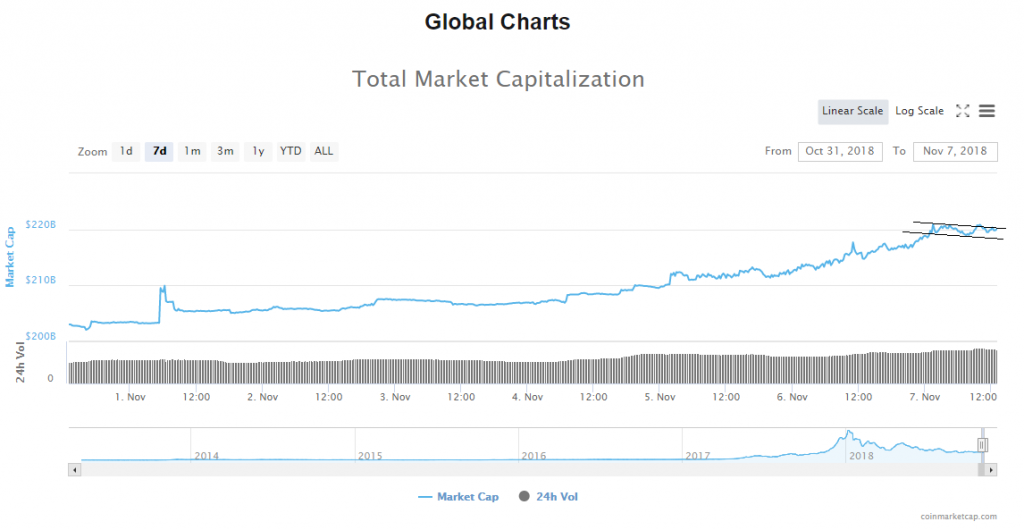 Bitcoins dominance has decreased from yesterday’s open by 1% as its now sitting at 51.5%. 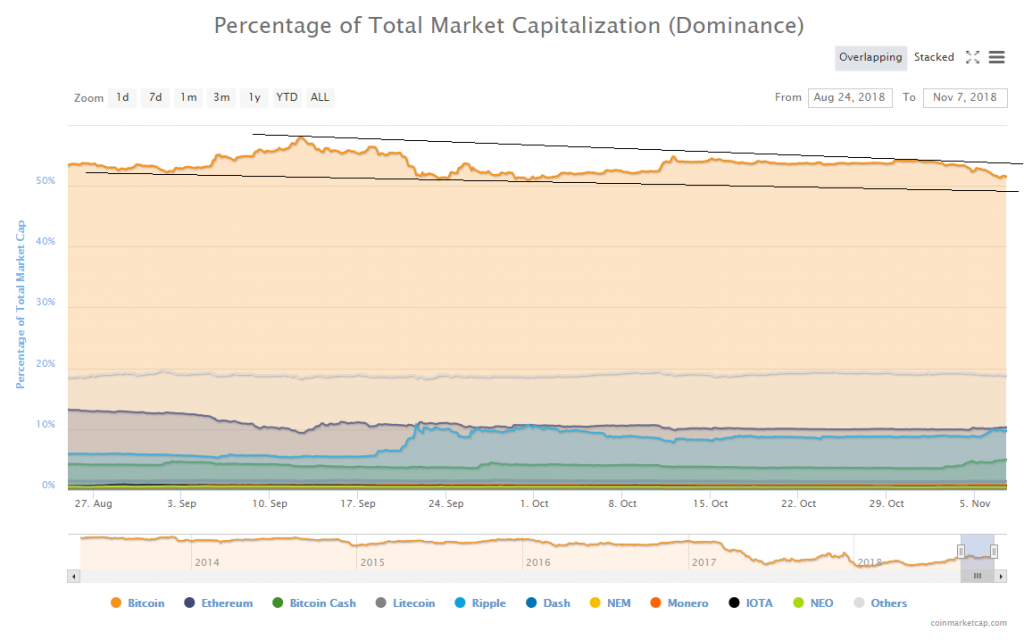 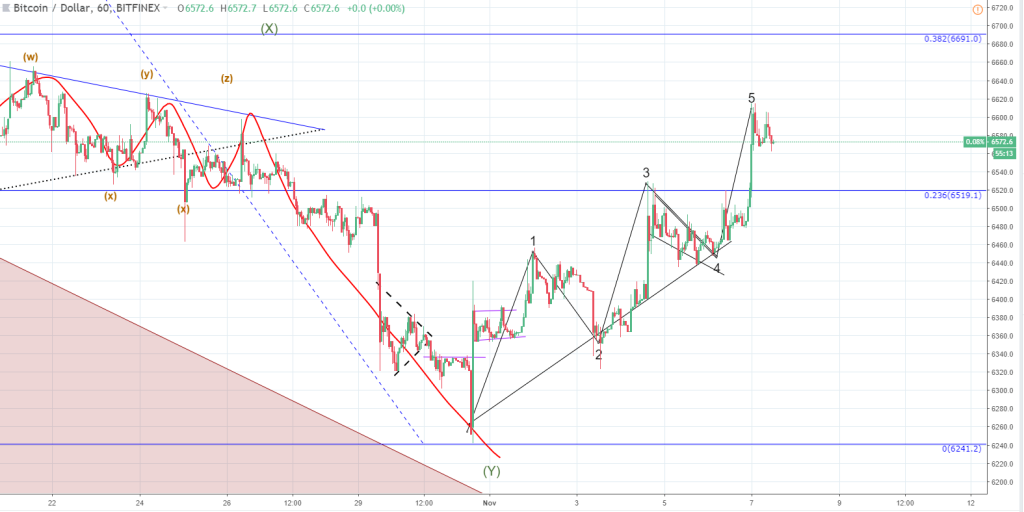 Looking at the hourly chart you can see that the price of Bitcoin has gone beyond the 0.236 Fibonacci level. As the 5th wave ended we are currently seeing a correction just like I projected yesterday. The only difference is that I was expecting a much steeper correction so if the correction plays out like the recent one at wave 4 which was around 1% than the target level for this one would be around $6540.

As stated yesterday, depending on the correction we are going to conclude if the price is likely heading further up or was this impulsive 12345 only a part of a higher degree correction count.

Bitcoin is in the buy zone.

As you can see from the hourly chart the price has experienced an exponential increase, especially over the last week which is why the price has been now correcting inside a range which can clearly be seen. As the price is currently interacting with the range support line, we are going to see if the price bounces off or goes below it. I believe that the first scenario is more likely because the increase that the price experienced looks impulsive which is why I would be expecting to see a breakout from the upside and a trend continuation to the next horizontal significant level at $119.226.

That would be the end of second wave X meaning that from there I would be expecting another drop below the prior low level at $101.

Monero is in the sell zone. 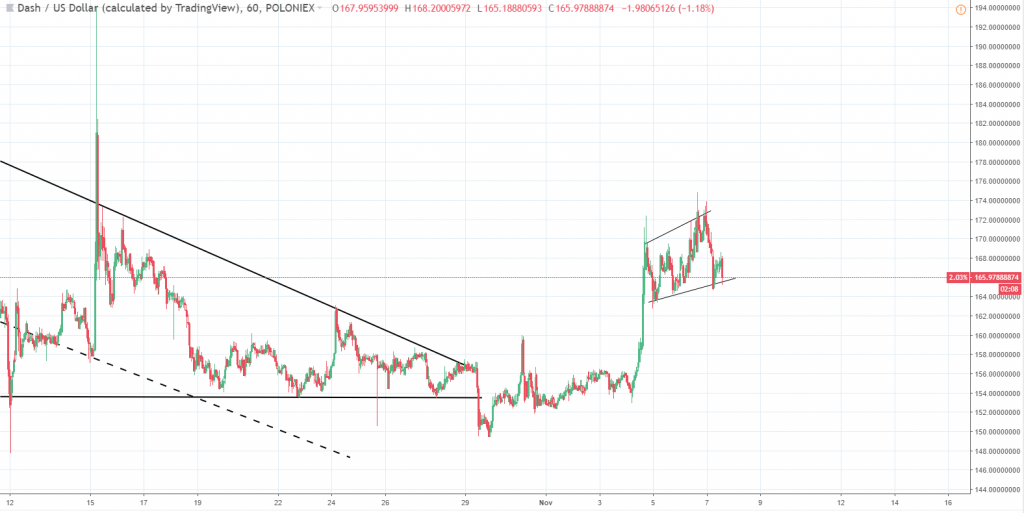 Similarly to the chart pattern of Monero the price action has formed a corrective range structure after the recent increase that the price experienced but unlike in the case of Monero this structure looks ascending which usually ends with a breakout from below, but as the price is now interacting with the range support line, we are yet to see if the price breakout or bounces from it. Looking back at what happened prior and that is a breakout from the descending triangle I believe that the momentum behind the breakout is slowing down.

Dash is in the sell zone.

As the market recovery continues we have seen a correction starting to occur in the case of Bitcoin, and other two major cryptos have already been correcting so another move is soon to happen. Will the recovery continue or are we going down from here we are yet to see from these corrections but I believe that we are going to see more increase before another downtrend starts.