From yesterday’s high at $220.58B the evaluation of the cryptocurrency market capitalization has decreased by around 4.3B as the market stabilizes after an upward move.

Looking at the global chart above we can clearly see that that a plateau has been made which served as a signal that the top has been made, which is why a lot of traders and investors have decided to sell their crypto for now. 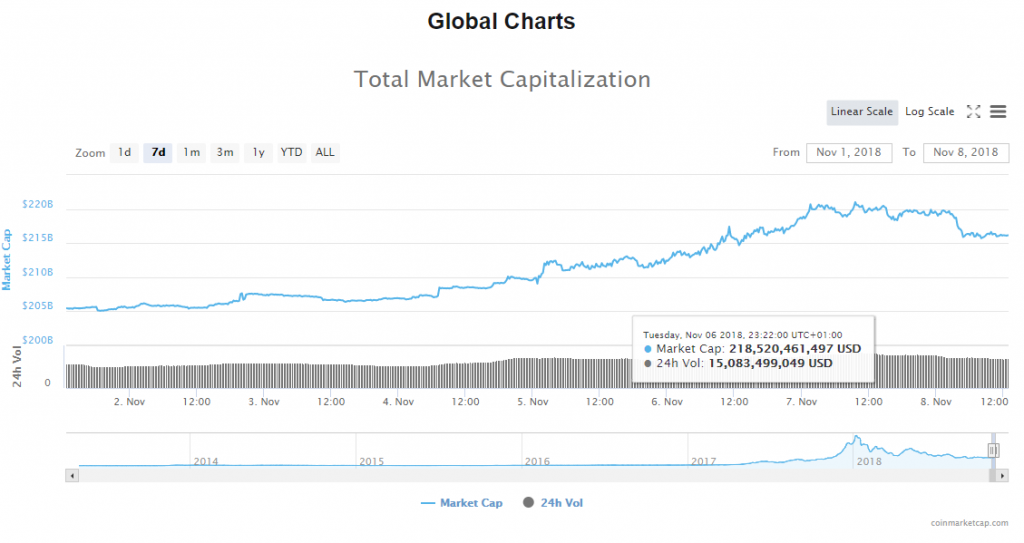 Consequently, the market is predominantly in red, with an average percentage of change among top 100 coins ranging around 2.3%. 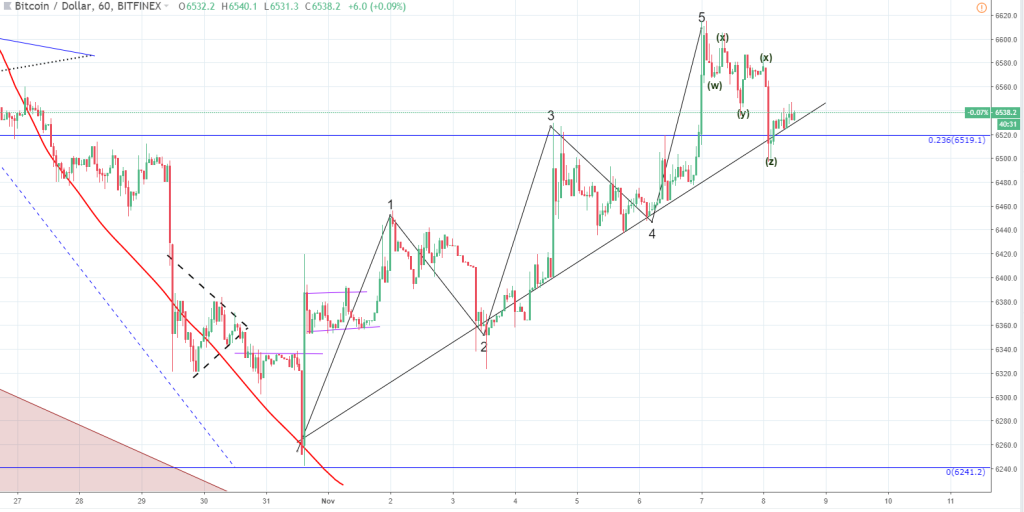 On the hourly chart, you can see that the first minutte correction is over and has ended on the uptrends support line which is for now still well respected. The price has dipped below the 0.236 Fibonacci level but has found support and the buying was activated judging by the wick from the downside on the massive red candle which was the last Z wave.  Currently, we are seeing a recovery which I believe will go up to the half range of the last down move, before the price drops again and this time going below the mentioned Fibonacci level as well as the uptrends support.

Bitcoin is in the buy zone, as indicated by the hourly chart technical indicators.

From yesterday’s high at $5.8 the price of EOS has dropped by 3.7% as the cryptocurrency is currently being traded at $5.579. 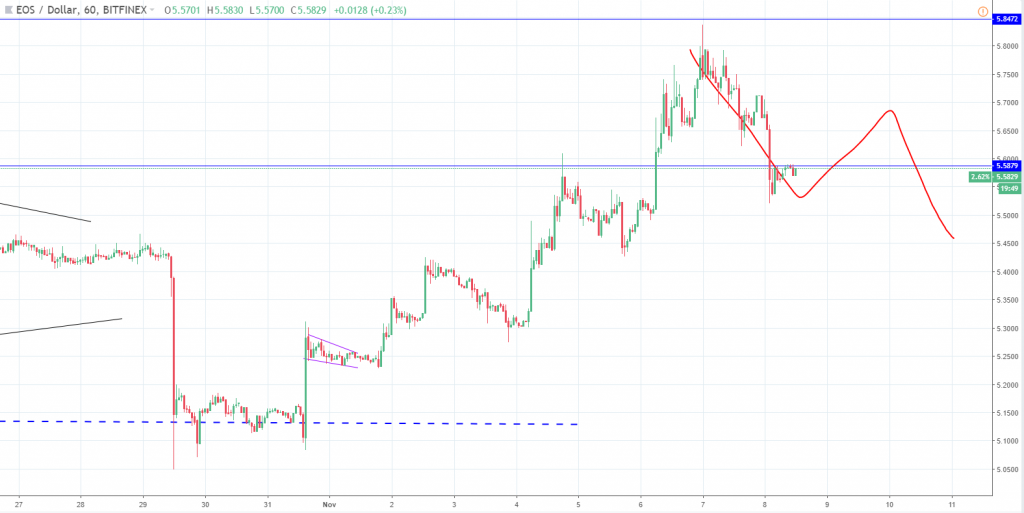 As you can see from the hourly chart above the price went to interact with the horizontal resistance level at around $5.84 and came close to it but there was no interaction. Since the price has fallen below the next horizontal support level and is now retesting it from below for resistance. The chart pattern seen on the EOS chart resembles that of Bitcoin as the market is strongly correlated which is why I would be expecting to see an increase at first and another fall after to around $5.44.

EOS is in the sell zone as indicated by the hourly chart technicals.

From yesterday’s high at $57 the price of Litecoin has decreased by 5.23% as the price is this cryptocurrency today is $53.99.

On the 2-hour chart, you can see that I have labeled with the rectangle a similar chart pattern that occurred most recently and as you can see from there the price went on to create a lower low than the prior one. As the chart pattern looks the same and taking into account that the five wave impulse has ended we are now likely going to see the price head down to a lower low which would be around $44.6.

As the market is correcting after an upward move that we have seen in the last week, we are soon going to see if the move was corrective in nature or is it motive in nature. The impulsive 12345 has ended and the current minor correction could end with a further increase ahead, but it could also mean that another wave to the downside has started which will result in a lower low scenario. For now, I believe that the second scenario is more likely but the market data still isn’t there to fully confirm or disprove my assumption.

I have stated in some of my prior analysis that the call out will depend on the current correction structure so, in the upcoming days I will be fully examiming the structure in order to conclude the likelihood of the future price patway.

« What Caused the Sudden Drop in SegWit Blocks on Bitcoin?
Bitcoin PR Buzz Upgrades PR Services Drops Price up to $800 »