You can’t help but feel sorry for Elon Musk. After being filmed smoking weed during a live interview and later being sued by the Securities and Exchange Commission (SEC), the South African entrepreneur is at the center of an ongoing cryptocurrency scam on Twitter.

Several malicious individuals have created fake accounts that claim to be owned or handled by the Tesla CEO. The accounts promote a fake cryptocurrency giveaway in which Musk will provide special users with up to 10,000 BTC granted they send in some of their own funds first. 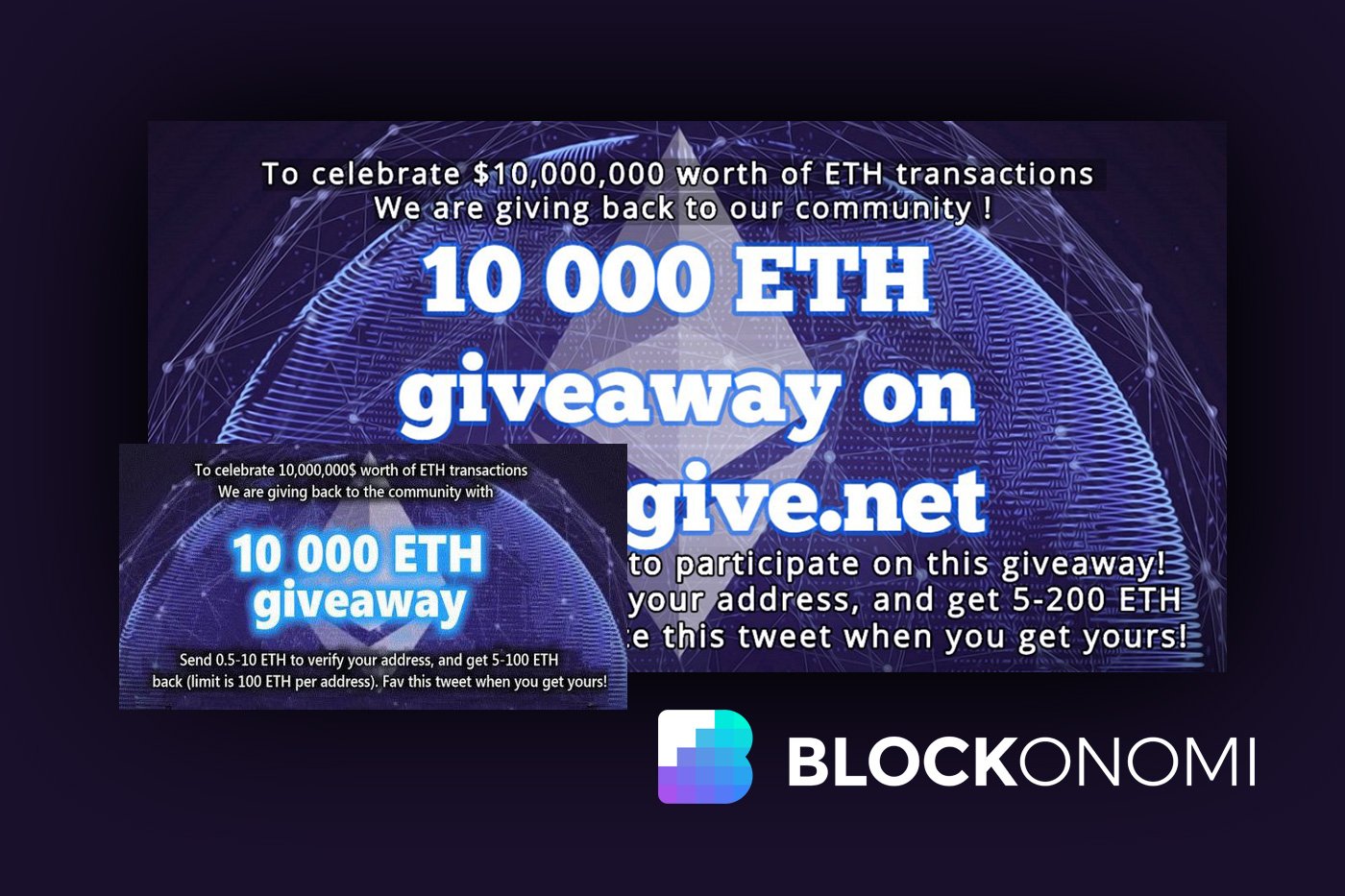 The scammers hack Twitter-verified accounts and change the names and pictures to represent Elon Musk. They then begin tweeting as if they were Musk themselves and link out to the cryptocurrency scams in their messages. It’s an ugly and cowardly way of getting their fingers on funds that don’t belong to them.

Now, it appears these scams are venturing into timelines. The individuals behind the hacking are somehow able to promote the phony tweets and the contest by using Twitter’s ad services, which effectively force their way into the timelines of everyday account holders.

Though Twitter has worked to stop the scammers by blocking their accounts, their efforts have proven largely ineffective. The hackers have worked their way around the restrictions and added unique or individual characters to the display names to appear as “Elon Musk.” However, on a second glance, most users will likely notice that the characters are not in proper or plain English, or are instead composed of numbers, asterisks and other symbols.

An account owned by the film studio Pathe in the United Kingdom was among the most recent to be hacked. The account was intercepted by one of the scammers, and the name and picture were changed to that of Musk’s. The account was then used to promote the phony giveaway contest via the following message:

“I’m giving 10,000 Bitcoin (BTC) to all community! I left the post of director of Tesla, thank you all for your support! I decided to make the biggest crypto-giveaway in the world for all my readers who use bitcoin.”

The tweet then ends with the words, “participate in giveaway,” followed by a link that users are invited to click to earn their spots. Pathe has since announced that it has regained control of its Twitter handle, and that the phony messages have all been deleted. The hackers have since moved onto accounts owned by companies like Pantheon Books – one of the latest entities to see its name, photo and information deleted unexpectedly. 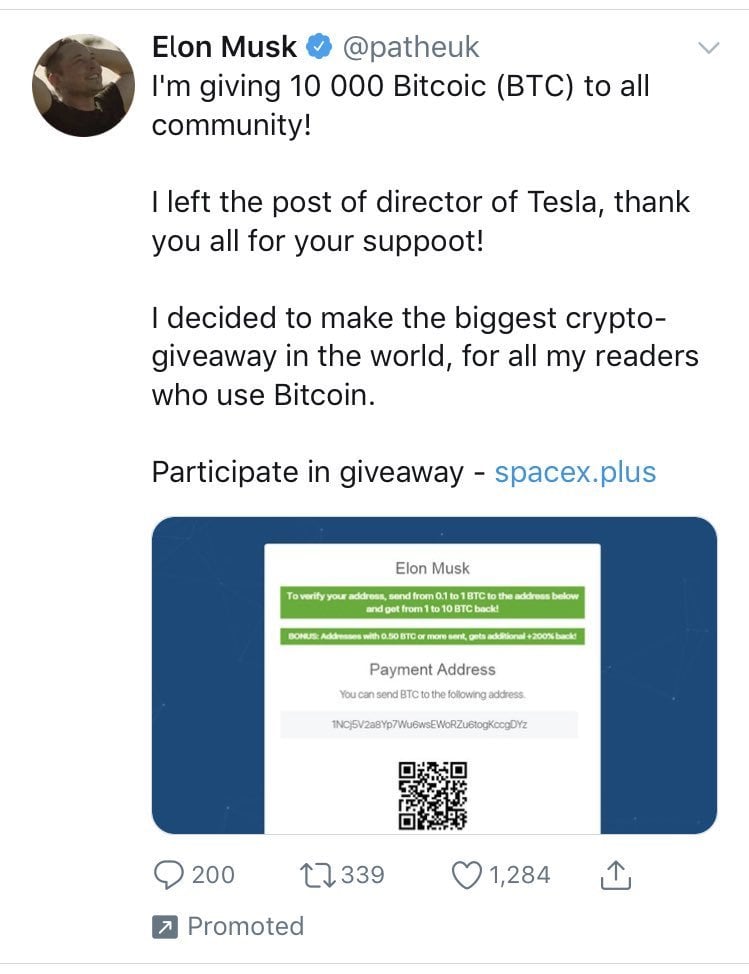 Working to Fight the Problem

A Twitter spokesperson has since commented on the situation and seems to suggest progress being made when it comes to fighting the hackers:

“Impersonating another individual to deceive users is a clear violation of the Twitter Rules. Twitter has also substantially improved how we tackle cryptocurrency scams on the platform. In recent weeks, user impressions have fallen by a multiple of ten in recent weeks as we continue to invest in more proactive tools to detect spammy and malicious activity. This is a significant improvement on previous action rates.”

Twitter is amongst the largest social media platforms, along with Facebook, Instagram and Snapchat. The platform has been at the center of controversy as of late following the grilling of CEO Jack Dorsey before a U.S. Senate Committee. Twitter has been repeatedly accused of endorsing far-left politics while refusing to verify conservative accounts.