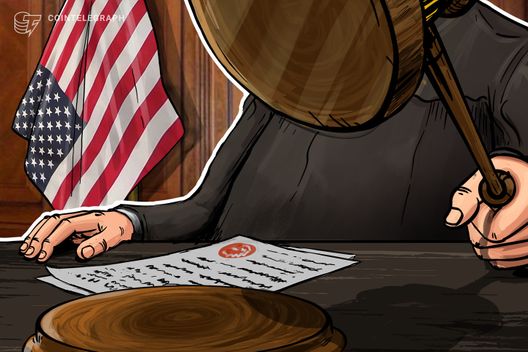 EtherDelta, which served as a secondary marketplace for trading ERC20 tokens, allows its users to buy and sell digital assets by means of an order book and smart contracts based on the Ethereum blockchain.

According to the SEC, over an 18-month operating period, EtherDelta's users placed more than 3.6 million orders for tokens, including ones that are considered securities by U.S. federal laws.

The regulator notes that most of the orders were executed after the DAO report that SEC had released in June 2017. Under the current law, EtherDelta was obliged to register in U.S. or to apply for an exemption; however, the SEC notes that the platform failed to do so.

According to the regulator, EtherDelta founder Coburn neither admitted nor denied the findings, but he consented to cooperate and to pay the state $300,000 in unlawful profits. Moreover, he agreed to pay $13,000 in prejudgment interest and a $75,000 penalty. The SEC also states that it would have imposed a greater fine if Coburn had failed to cooperate with the investigators.

As Cointelegraph previously reported, the SEC suspended securities trading in October of Nevada-based firm American Retail Group, Inc. for making false claims that its cryptocurrency trading activities were approved by the regulator.

In early November, the SEC reported that it is currently taking action against “dozens” of fraudulent Initial Coin Offerings (ICOs). The annual enforcement report for the 2018 fiscal year mentioned several illicit ICOs, three of which defrauded investors of over a combined $68 million.