Blockchain gained prominence in 2018, particularly within the corporate world. Despite the application of this novel but innovative technology in different corporate spheres, many investors are still not acquainted with it except for those who are into cryptocurrency transactions, according to a report on CNBC.

In a research carried out by JP Morgan’s Software Equity Research unit, the bank named three public companies tipped as potential winners who can make the best out of the innovative technology at the long-term. 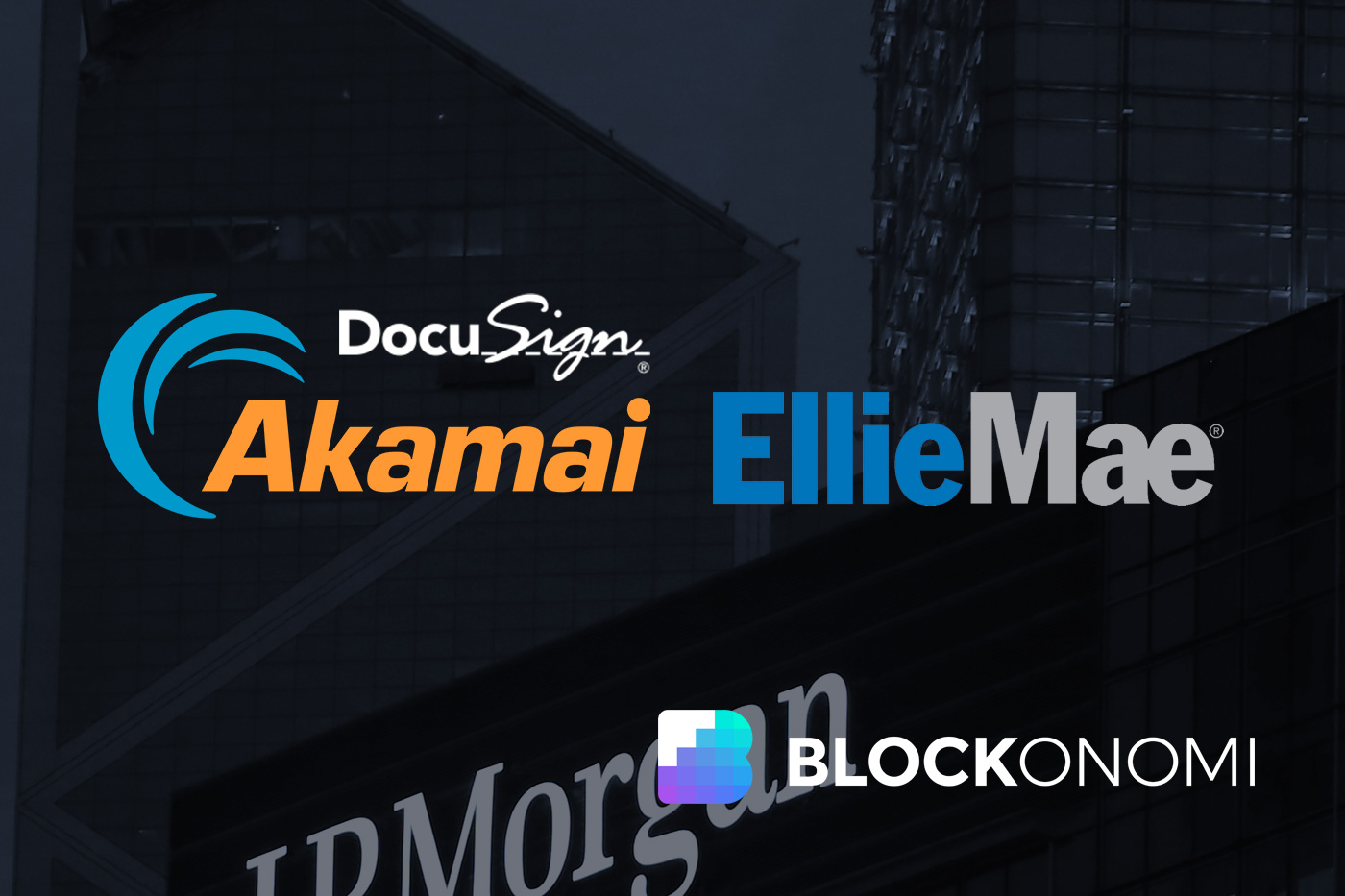 Taking a cue from how software companies benefit from using artificial intelligence and machine learning, the American Multinational Investment Bank believes more companies will integrate blockchain technology into their processes in the future. The bank nevertheless, afforded clients with a relatively unbiased prediction of the three public companies which it believes are capable of creating “material incremental growth opportunities” from using the technology.

JP Morgan’s bets for changing the status quo are “middleman displacement opportunities” and “Blockchain as a Service” (Baas). According to the analysis, the three public companies that fulfill the criteria are Akamai, DocuSign, and Ellie Mae.

J.P. Morgan rated U.S. based cloud delivery provider, Akamai as “overweight” and said it is capable of leveraging the BaaS approach.

“Rather than building from scratch, we see customers looking to utilize a vendor like Akamai that offers its Blockchain capabilities as a service,” Sterling Auty, JP Morgan’s software equity research analyst, stated on Thursday, in a note to clients.

“While there are a number of companies that have blockchain technology, IBM as one example, we believe the sizeable Akamai network is an inherent advantage in running a distributed ledger in the blockchain.”

The decentralized system of public blockchains is an inherent disadvantage which is a fundamental reason why J.P. Morgan also advocated for the use of closed, permissioned blockchain commonly referred to as “private.”

Unlike private networks, public blockchains such as Ethereum and Bitcoin’s allows just anyone to read, write or join. There is no one with an overwhelming control over the network which means that data can be invalidated even after it has been written on the network.

This is a problem which DocuSign seeks to address, as it argues the company has the ability to connect a blockchain network to its standards-based digital transaction management platform. J.P. Morgan also rated it “overweight,” arguing that it can leverage both private and public blockchains.

“DocuSign wants to be the platform to enable the entire contracting process in a digital manner. Over time, we could see much of the platform being based on a blockchain, basically shifting its centralized security model for the distributed model of the blockchain,” Auty noted.

Ellie Mae, the third company, selected as a long-term winner will benefit from the application of blockchain technology in the real estate sector which Auty described as the most “obvious.” Rated as an “underweight” by J.P, Morgan, Ellie Mae is a renowned software company known for processing thirty-five percent of US mortgage applications.

Auty believes the mortgage bank can use the distributed ledger technology to “ manage the entire mortgage process could bring trust among parties, and use of smart contracts could help automate various tasks (inspection, income/employment, verification).“

In March, JP Morgan released a report titled “Unlocking Economic Advantage with Blockchain” advocating for the application of the technology in legacy business and asset management. The report also contained an adoption timeline of the evolving technology in the nearest future.
The report predicted a paradigm shift in the way and manner humans relate with the financial sector.

“There is a growing realization that distributed ledger technology – popularly known as blockchain – will bring a radical shift in the way we think about financial assets and the way the financial industry will operate in the future.”

The report elucidated four anticipated stages of blockchain deployment which are the information sharing stage, the data solutions stage, the critical infrastructure stage, and the full decentralized stage. As these stages are bound to overlap, the report envisages a truly decentralized economy coming to reality which would then see blockchain replacing centralized models.