On August 14th the price of Zilliqa was at around $0.02517 which is the lowest price has been since it was listed on the cryptocurrency exchange Binance. Since the low price has recovered at first by 97% reaching $0.049 on August 28 but from there fell to $0.03 levels forming a higher low. After that higher low was made a set of lower highs and higher lows were made but for the most part, the price has been hovering around $0.034 from 5th of September until now. 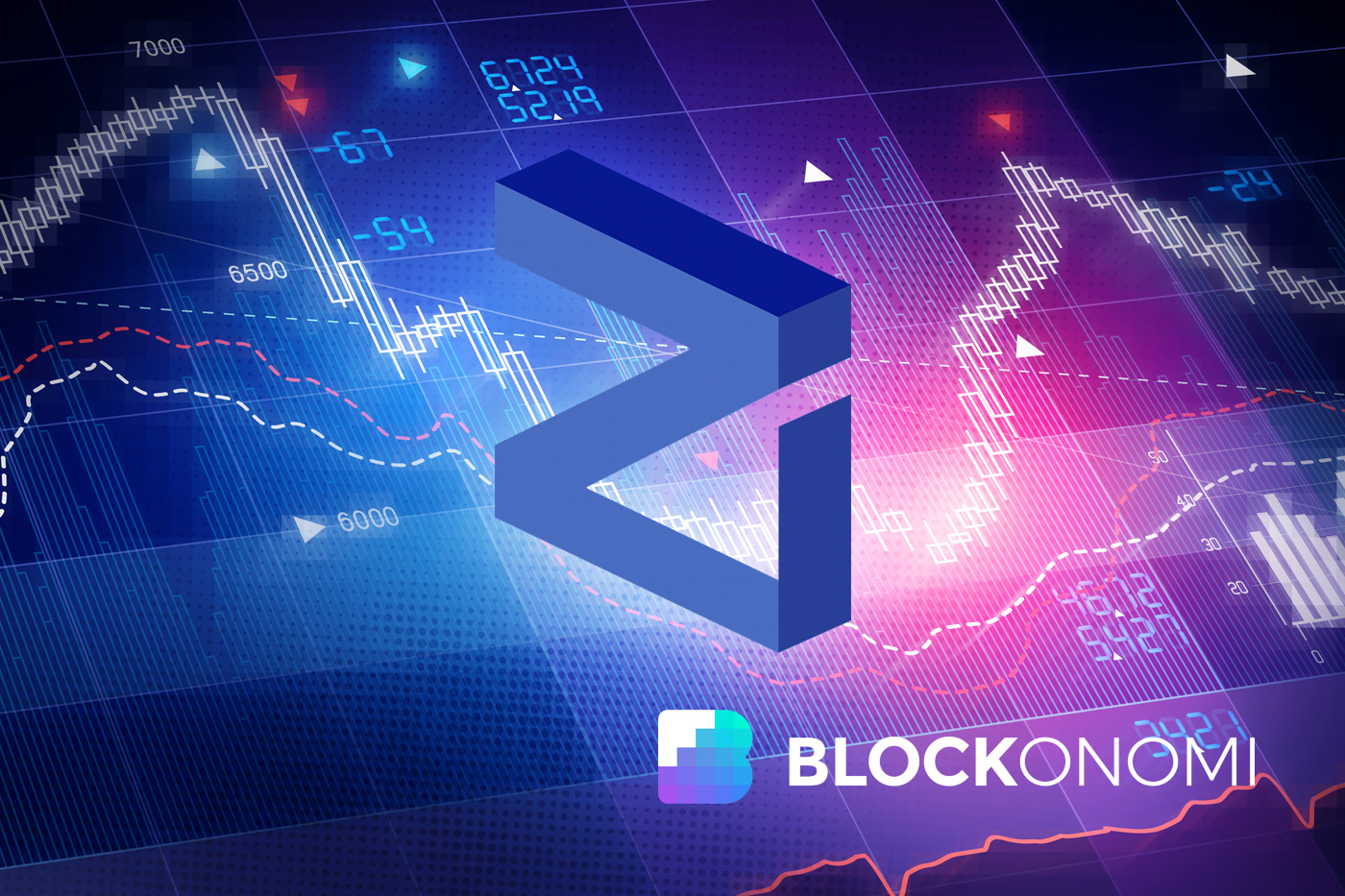 Looking at the 4-hour chart you can see that the price action has formed a symmetrical triangle in which it was consolidating from the August 14th low. As the price is currently interacting with the triangle’s resistance line and the apex looks close, the question is whether or not we are going to see a breakout soon and what is the likelihood of the director behind it.

Moving average convergence/divergence indicator is also showing a similar pattern which confirms that a breakout is on the horizon sooner than later. The price only went up to the 0.382 Fibonacci level measured from the prior high at $0.0836 to the lowest low at $0.0251, after which a consolidative triangle occurred. This is a bearish sign as the consolidation occurred before the price could make up for the losses prior made.

Zooming out on to the daily chart we can see why this current symmetrical triangle occurred. The price has experienced an exponential increase in April when the price came up from $0.0384 to $0.2 which is an increase of 422%. After the unsustainable FOMO move a steep correction which I have labeled as an intermediate WXYXZ pushed the price back to where it was prior to the minor bubble, and currently even lower than the price was. 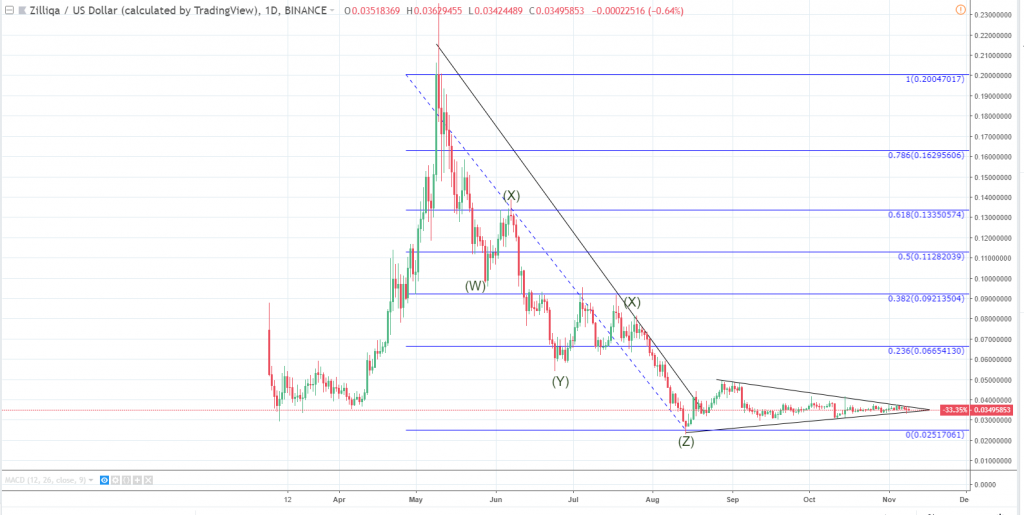 From the all-time high, measured to the all-time low, the price has decreased by 87,48%. Following a steep and aggressive correction, a consolidation had to happen sooner or later. Considering the context this symmetrical triangle could be viewed as a bearish pennant which is as the name says bearish continuation pattern so a breakout from the downside is to be expected.

Zooming into the hourly chart I have inspected the wave structure behind the consolidation and have labeled at as and WXY in the opposite direction.

As you can see I have also projected two possible scenarios. As the third Y wave ends on the upper side after the correction ends more downside is to be expected. The current triangle is symmetrical indicating equal pressure from both sides which in combination with the theoretical possibility that the Y wave reaches W wave high before the trend continuation, makes it difficult to call out the breakout direction. In both cases, I would be expecting to see the price at least back to the prior wave Z level at $0.0251

There are two logics in play: either the buyers are going to interpret this price stability as an indication that the price won’t fall further; or sellers are going to interpret this as an indication that the price isn’t going higher. The question is who is in control at the moment, and judging by the 87% drop from the all time high, sellers are in a strong control. Those who have more to lose or more to gain will start to behave more aggressively which will determine future price course.

The post Zilliqa (ZIL) Price Around $0.034 for 64 days: Has the Price Bottomed Out? appeared first on Blockonomi.

« Winklevoss Brothers Losе Court Round against Charlie Shrem
$6 Billion Wiped Out of Crypto Market in 48 Hours: Where to Next? »