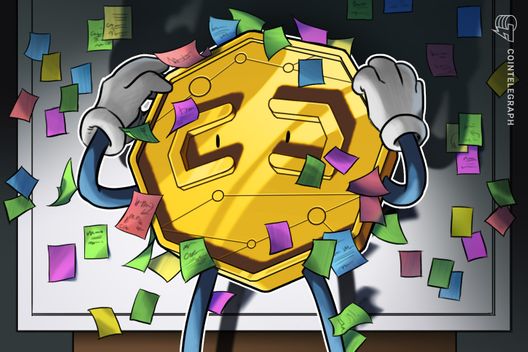 Controversy over Bitcoin Cash’s (BCH) hard fork continued Nov. 19 after Bitcoin Cash SV (BCHSV), one of the two new forks of the altcoin, suffered what is known as a blockchain reorganization.

The latest setback to affect the nascent fork, the reorganization (often referred to simply as “reorg”) lasted for two blocks and was initially feared to be a malicious attack.

Reorgs occur when two miners solving a block at the same time cause a temporary fork in the network. The miner that solves the next block then dictates how the blockchain continues as their fork now has now performed more work as per the Proof-of-Work (PoW) algorithm rules.

When the network agrees on which fork to use, the redundant block which will not see a continuation of the blockchain built on top of it, as it is “orphaned.”

When blockchains experience congestion, however, information about blocks may reach miners slower than usual, resulting in blocks being made redundant.

In this aforementioned event, the BCHSV reorg came about due to the mining arm of cryptocurrency news publication Coingeek, a party in favor of competing fork Bitcoin Cash ABC (BCHABC), orphaning its own blocks.

The events were relayed to social media by Peter Rizun, chief scientist of Bitcoin Unlimited.

Emin Gün Sirer, creator of the world’s first cryptocurrency to deploy a PoW concept and vocal critic of BCH, continued the debate, noting that the possibility for miners to make their own blocks redundant raised questions about the BCHSV’s level of decentralization.

“This should not be possible in a decentralized system,” he wrote, adding:

“You can only invalidate your own block and create a new tail if you're the majority miner. BCHSV is a centralized coin.”

BCHSV has seen limited uptake on major cryptocurrency exchanges, among which was U.S. platform Kraken, which issued a strongly-worded warning to users when it allocated tokens and opened trading.