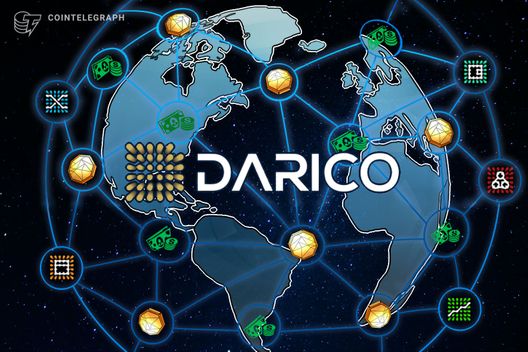 A new crypto exchange is going to be “100 percent owned” by users – with the community benefitting from voting rights and a share in profits.

A hybrid community-owned digital asset exchange is hoping to simplify trades and investments while driving down the cost of transactions.

DAREX’s hybrid model enables users to trade utilities and securities – and the revenue generated from these transactions is subsequently shared with token holders. In time, the exchange hopes to become a “truly beneficial and democratic exchange platform for all.”

The startup is set to be “the first exchange of its kind” thanks to how it blends the benefits of centralized exchanges with a decentralized ownership structure. The platform is going to be “100 percent owned” by the Darico community through the distribution of Darico Exchange Community Shares – known as DECS for short.

As well as paving the way for profit distribution, these security tokens would enable holders to have voting rights – giving them a say on how the exchange develops in the future.

The startup hopes that individuals, institutions, professional traders and investors will all stand to benefit from what the exchange has to offer – enabling them to trade, deposit and withdraw “a variety of top-ranked cryptocurrencies.” In 2019 the company plans to allow users to transfer fiat funds in and out of the exchange using cards and bank accounts, creating the ability to cross-trade between pounds, euros, dollars and crypto.

DAREX is the third launch for the Darico ecosystem – and DECS is a collaboration between Darico and Polymath, a “specialized tokenization service that helps companies launch securities tokens on blockchain.” Tokens are going to be distributed to the community on Jan. 10 2019.

The team behind DAREX says the hybrid exchange is going to pride itself on a “transparent business model” where a prominent auditing firm produces quarterly reports which are compliant with international standards – a practice that’s commonly followed by conventional financial companies. A beta version of the platform is going to launch early next year.

From a security perspective, DAREX says “failproof” cold storage is going to be used which protects funds held on the exchange, while ensuring they are accessible at all times. A monitoring system would also keep track of activity on the platform “around the clock” – helping to flag any suspicious or anomalous activity. It is hoped that these features won’t be at the expense of transaction speeds – with low-latency mechanisms “designed to make sure that trades are executed in a flash.”

Offering a vision of how its platform will look in the future, its white paper adds: “With liquidity in the cryptocurrency market gradually increasing we believe that by 2020 it will be time to implement a decentralized exchange structure. This will allow complete freedom in trading and enable the community to freely trade any cryptocurrency that is deemed valuable.”

Darex is the latest product of the Darico Ecosystem which also includes GNIUS, Darico’s wallet that supports Bitcoin, Ethereum, Neo and more than 2000 ERC20 and NEP-5 tokens. The ecosystem also contains NUYS – the terminal which enables customers to access the ecosystem’s wallet and an Index Fund.

Darico has been incorporated in Switzerland and has an office in Gibraltar – and it also has team members based in Dubai, Poland, Zurich and Ukraine.

The concept for its ecosystem came into being towards the end of 2016, and was further finessed throughout 2017. Its presale was held as 2017 drew to a close, and this was followed by a token sale for DEC as 2018 began.