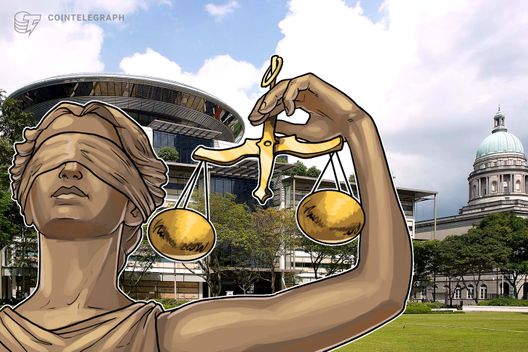 In a legal battle at the Singapore International Commercial Court, B2C2 alleges Quoine reversed seven Bitcoin to Ethereum (ETH) trades it attempted to perform in April 2017.

The reversal, which Quoine in court documents said was due to a technical glitch, involves a total of 3,085 BTC (today around $13.7 million), which B2C2 is now attempting to extract from the exchange.

The market maker says the decision was made without its permission or knowledge.

The Straits Times quotes the documents as saying that “it is B2C2's contention that in the face of serious risk of itself having to bear the financial loss arising from the trades”:

“Quoine chose the most advantageous course to mitigate such risk — by simply reversing the 'irreversible' trades and deducting the […] proceeds from the account.”

The exact nature of the trades is unusual, according to Quoine. As a result of liquidity problems resulting from the glitch, B2C2 was able to set up trades at an “absurd” exchange rate of 10 BTC to 1 ETH, Quoine argues, continuing:

“There is no other way than to describe these orders as abnormally and absurdly priced orders, given that they were about 250 times higher than the average price at which (the two currencies) then traded on the platform.”

The Straits Times notes that the trial should end in one week’s time.

Courts in various jurisdictions have sporadically dealt with cryptocurrency battles this year, in each instance adopting a case-by-case approach to the often unlegislated phenomenon.

In September, China’s Supreme Court ruled that blockchain-based evidence was suitable for use in legal proceedings. Also in September, a New York federal judge ruled that U.S securities laws are applicable in regards to a case involving alleged crypto investor fraud.