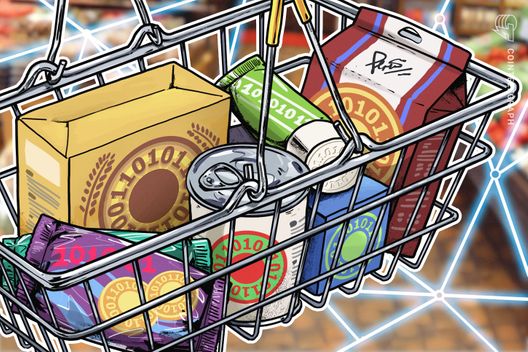 Retail giant Carrefour, headquartered in France and operating in more than 30 countries, is deploying a blockchain food tracking platform based on Hyperledger in its Spanish network, a press release states Tuesday, Nov. 20.

The food tracking solution, initially developed by U.S. tech corporation IBM, will be used to track free-range chickens branded as “Calidad y Origen” (“Quality and Origin”) that were raised in the northern region of Galicia without antibiotic treatment. Each package in the Spanish network will be marked by a QR code providing detailed info on the chicken’s date of birth, type of nutrition, packing date, and more.

In the press release, Carrefour writes that blockchain is a key technology for supply chains, as it provides greater transparency and allows customers to review the entire distribution process. In the nearest future, the company is planning to extend the use of decentralized technologies, implementing them to all food from the “Calidad y Origen” line.

In October, the retail giant announced it was joining IBM’s blockchain-based Food Trust that had been created back in 2016. Since the launch of the trials in August, the program has been joined by major retailers and companies, such as Nestle SA, Unilever NV, and Walmart.

Other firms with large supply chains have often applied blockchain in order to increase transparency, cut costs, and reduce time spent on food delivery. For instance, Walmart uses a farm-to-store blockchain tracking system for its leafy greens, while U.S. fast-casual salad chain Sweetgreen is planning to trace its salads in the same way.

As well, the world’s four largest agriculture companies, mostly known as ABCD, use blockchain and artificial intelligence (AI) to automate grain and oilseed post-trade execution processes, considered to be a highly manual and costly part of the supply chain.