From yesterday’s open at $142,758,002,000 the evaluation of the crypto market cap has increased slightly as its currently sitting at around $147B. The evaluation went slightly higher yesterday hitting $152B at the highest point but is now by around 5 billion lower.

Consequently, the market is mixed in color with an average percentage of decrease ranging from 1.58-3.6%. The biggest losers among the top 100 by market capitalization are: Metaverse ETP with a decrease of 10.56%, Holo with 10.34%. Aurora is the cryptocurrency with the biggest increase today of 12.27% followed by Basic Attention Token with an increase of 9.28%. 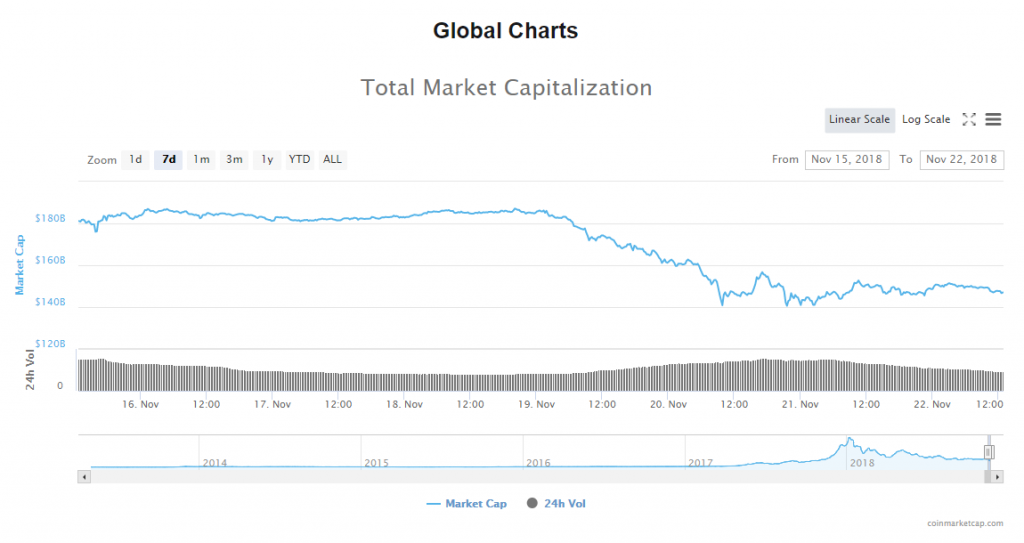 Bitcoin’s dominance has been steadily hovering around the same levels but has increased over the last 24 hours by 0.2%.

From yesterday’s open the price of Bitcoin has increased by 1.12% measured to the current levels of $4554.7. 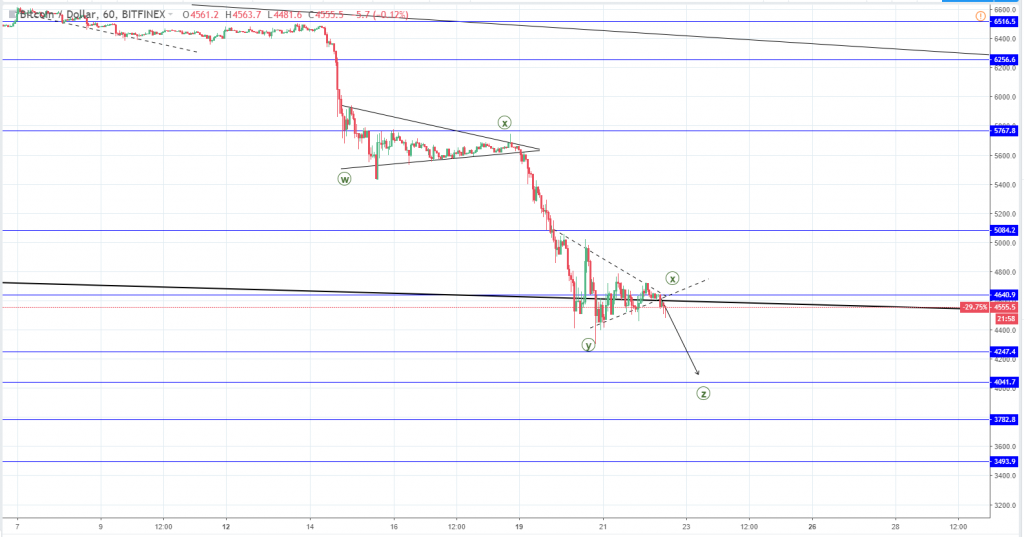 Looking at the hourly chart you can see that the price action has formed a symmetrical triangle. The triangle is a cluster formation which indicates consolidation before a trend continuation move. The cluster was formed around the two significant level intersections – the horizontal support at around  $4700 and the baseline support from the descending channel (bold black line). Another low is expected as the current structure only has 4 waves and another one is likely as the final Minute Z wave is to develop. The breakout might be already started by the looks of the position of the current red candle, but as you can see the price escaped the triangle before and closed above its support levels leaving a wick so even though the last 4 candles closed below the triangle’s support line we cannot say conclusively that a breakout, in fact, started until we see a candle reaching below the Y ending points which would be below $4431.

Bitcoin is the sell zone.

From yesterday the price of Litecoin hasn’t changed much buy has experienced an increase of 5.12% overall coming from $32.6 to $34.3 where it is trading currently. 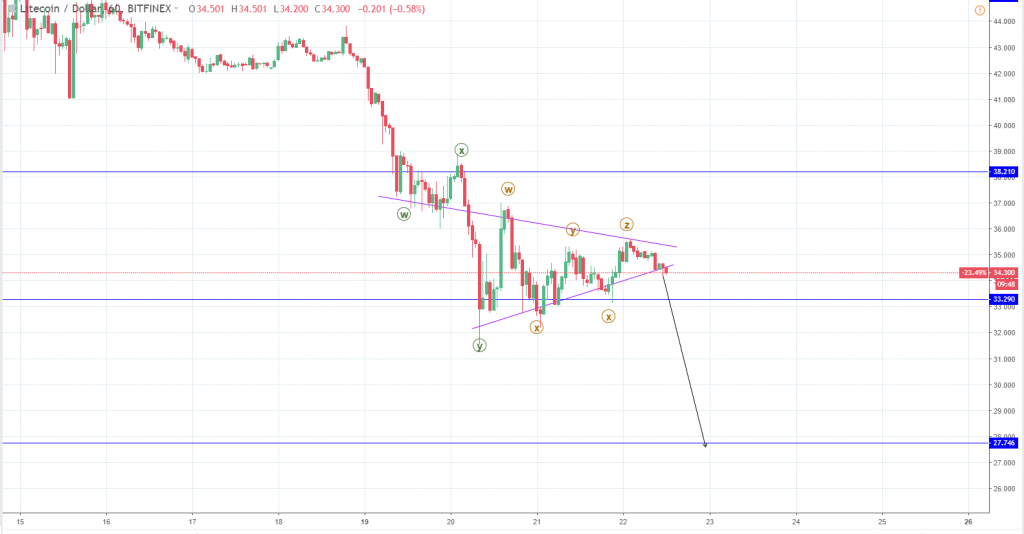 Today I had more historical data to fully conclude the direction of the breakout from the current triangle the price of Litecoin’s it and that direction is down. As you can see after the Minute WXY ended another Minute WXYXZ correction in the opposite direction occurred and as the last wave Z ended on the triangle’s resistance line we are today likely going to see a breakout from the downside. The target level from that breakout would be at the next horizontal support level significant enough which is at around $27.

Litecoin is in the sell zone.

From yesterday’s open the price of EOS has only increased by 1.6% overall and is currently hovering around $3.76 levels. The price went higher to $3.91 but has failed to exceed that levels which is why on the second attempt the price fell further down to the yesterday’s support level on which it is hovering currently. 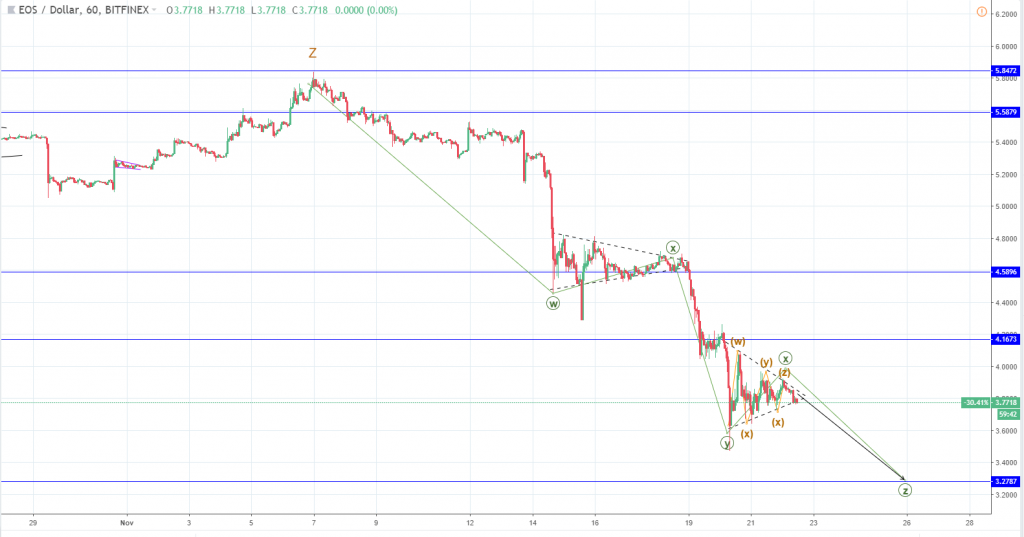 On the EOS hourly chart, you can see the combination of the Elliott Wave count from the Bitcoin’s chart as well as counting the sub-waves from the current symmetrical triangle pattern seen on the majority of the cryptos at the moment. As you can see I have labeled this downfall as a Minute WXYXZ correction, so considering that the W wave was the extended one, we are yet to see if this price target at $3.278 gets interacted with.

By looking at the evaluation on the global chart and by analyzing the charts of the three major cryptos I conclude that we are going to see another low before this last downfall ends and a short-term recovery begins.