From yesterday’s open at around $151B the evaluation of the cryptocurrency market has decreased by approximately 12 billion dollars as its currently sitting at around $139B area.

As you can see from the global chart the evaluation has broken out of the minor consolidative triangle in which it was since Tuesday’s low at $140,82B. 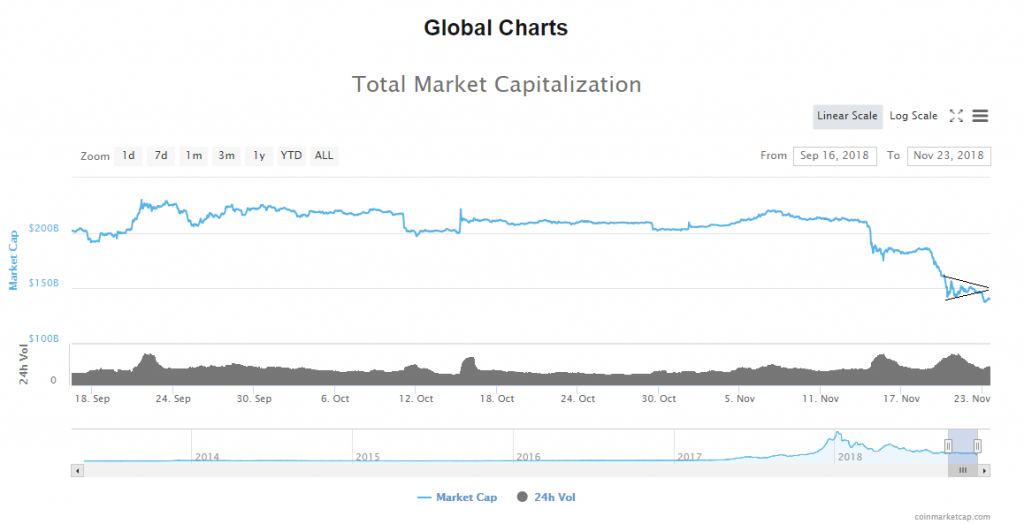 Consequently, the market is in red with an average percentage of change among top 100 coins ranging around 7%. The biggest losers are in double digits buy mostly around 10%. Augur is the only crypto with a significant gain as the price increased by 11%.

Bitcoin’s market dominance is up by 1.4% from yesterday low at 52.41% as the market confidence diminishes. 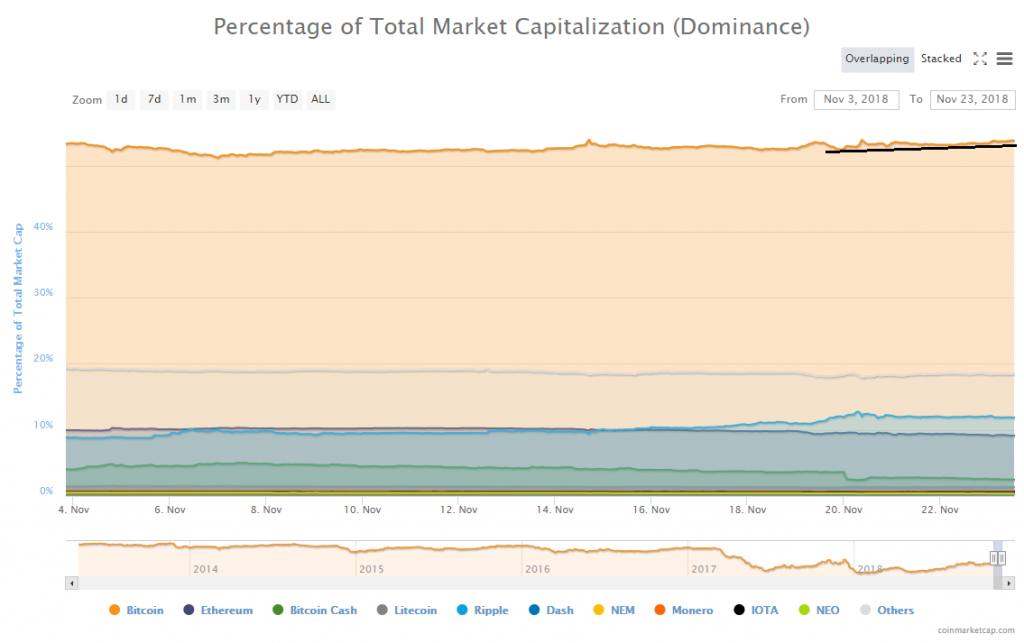 Looking at the hourly chart you can see that the price has interacted with the next horizontal support level in line which is at $4247 with the spike down, but as the support was there the price bounced quickly leaving wicks on the hourly chart that indicate that buyers are present. The price has recovered slightly but not enough and not as quickly as it came down so that we can say that the move is done. I believe that over the weekend we are going to see another move down to the next horizontal support level at around $4000-4100 level.

As the price is currently in a downward trajectory and was rejected (as indicated by the wick from the upside on the red candle) we are likely going to see some lookout for support but overall I believe that the price is going to be stuck in a minor range until Sunday when another sell-off will occur.

After this move down is done and it’s looking like it has just (with a small decrease potential), I would be expecting a short-term recovery as the price fell by over 36% on the last run down.

Bitcoin is in the sell zone, as indicated by the hourly chart technical indicators. 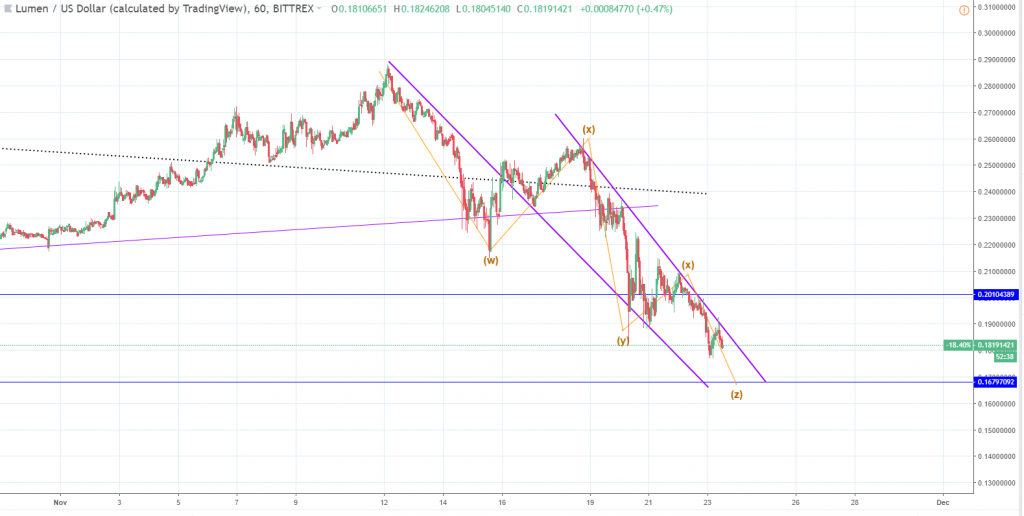 Looking at the hourly chart we can see that similarly to the case of Bitcoin the price is moving down in a five-way structure inside a steep descending channel and it looks like the last corrective wave Z is about to end. For the target of wave Z completion, I see at the next horizontal support level on $0.1678.

This level is the S2 of what I call a support zone which can be clearly seen on the daily chart.

Looking at the daily chart you can see that the price has a bit more to go to retest that level for support which would be expected considering that previously the price broke out from the minor symmetrical triangle and the descending triangle pattern overruled. This is why another retest of its support is needed and we are yet to see if the support gets found. That would be the third time price has interacted with it and we might see a breakout from the downside on the next attempt as the descending triangle pattern which proved to be the dominant one ends usually with a breakout from the downside.

Stellar is in the sell zone.

By looking and analyzing the charts today I conclude that the down move is almost up but we are likely going to see some small further decrease before it ends. Considering that the weekend is coming it may serve as a catalyst for that move which is what we are yet to see, but as soon as the down move is up I would be expecting to see a recovery to the upside.