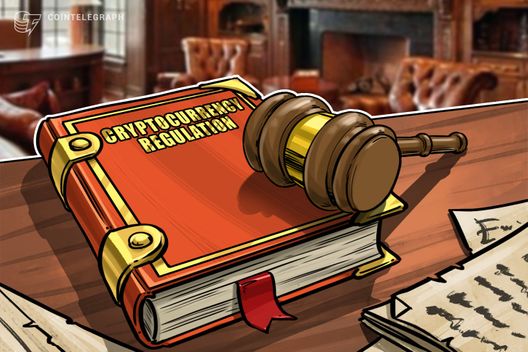 The Gibraltar Blockchain Exchange (GBX) has secured a license from the Gibraltar Financial Services Commission (GFSC), according to a company blog post Nov. 22.

The GBX was established in July of this year by the Gibraltar Stock Exchange (GSX). The platform first announced its blockchain trading platform in November 2017, aiming to “become the world’s first nationally regulated digital asset marketplace and ecosystem.”

“As from 21st November 2018, the GBX will operate as a fully licenced provider of Distributed Ledger Technology (DLT), regulated by the Gibraltar Financial Services Commission under Gibraltar’s Financial Services Regulations 2018 DLT framework,” the announcement reads.

Per the statement, the move makes the GSX the first regulated stock exchange to own and operates a regulated blockchain exchange.

Currently the GBX supports trading in six digital assets, including Bitcoin (BTC), Ethereum (ETH), and the exchange’s native Rock (RKT) token, with plans to add more fiat currency onboarding options, in addition to USD, “in the near future.”

Gibraltar is known for its push to develop a blockchain and cryptocurrency-friendly environment. In February, Gibraltar’s government and the GFSC announced the creation of a draft law that will regulate Initial Coin Offerings (ICOs) in the British overseas territory.

One of the principal aspects of Gibraltar’s ICO regulations is said to be the introduction of the concept of “authorized sponsors,” who are supposed to be “responsible for assuring compliance with disclosure and financial crime rules.”

By March – ahead of the planned launch of the GBX – Gibraltar had attracted “200” prospective  ICOs, which reflected “huge” interest in launching token sales under the territory’s newly regulated ICO environment.