Consequently, the market is showing mixed colors but with some cryptos recovering in double digits. The average percentage of change among top 100 coins in the last 24 hours is ranging around 4-7%. Biggest gainers are: Factom with an increase of 12.36%, SIRIN LABS Token 25.69% and Metaverse ETP with 33.12% 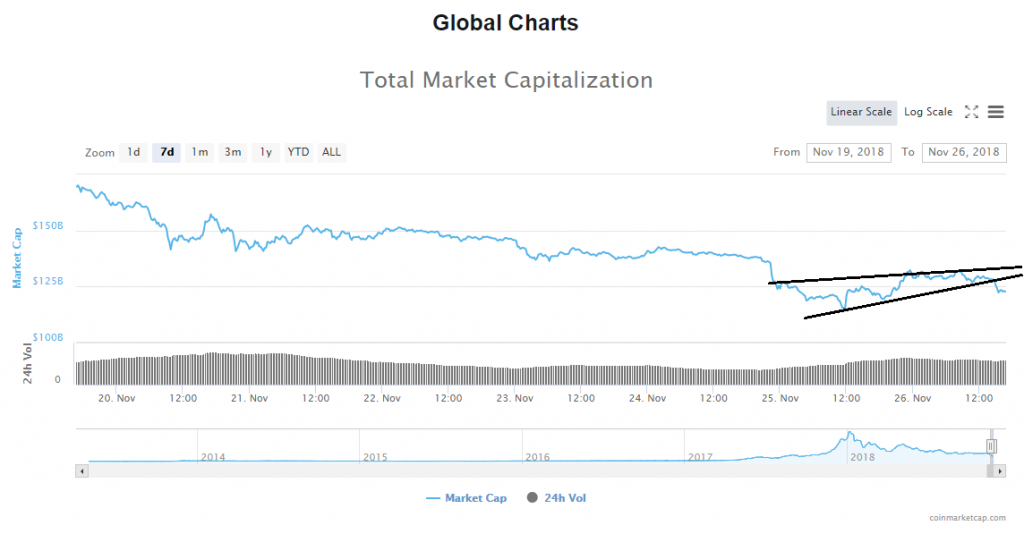 Bitcoin’s dominance has decreased since yesterday but now since the market cap evaluation dropped, it started rising again. 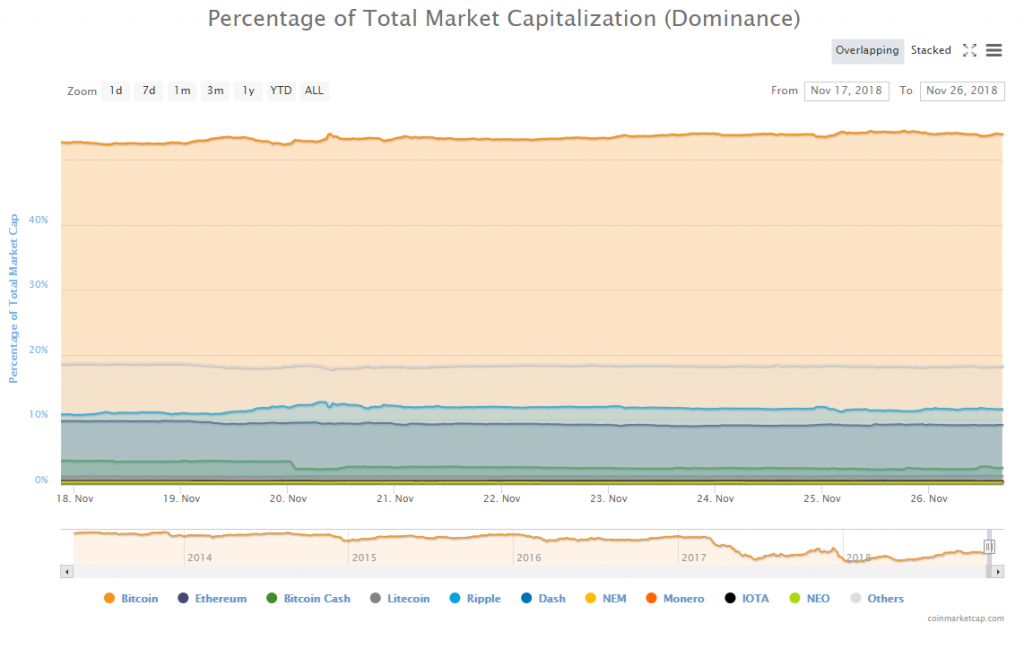 From yesterday’s open at $3928.3 the price of Bitcoin has decreased by only 3% measured to the current levels of $3812.6. The price increased at first coming to $4172.4 but since the price failed to increase further on the second attempt the cryptocurrency depreciated in price quickly and is back around the same levels whipping out all of the gains made from the recovery quicker than the recovery was made. 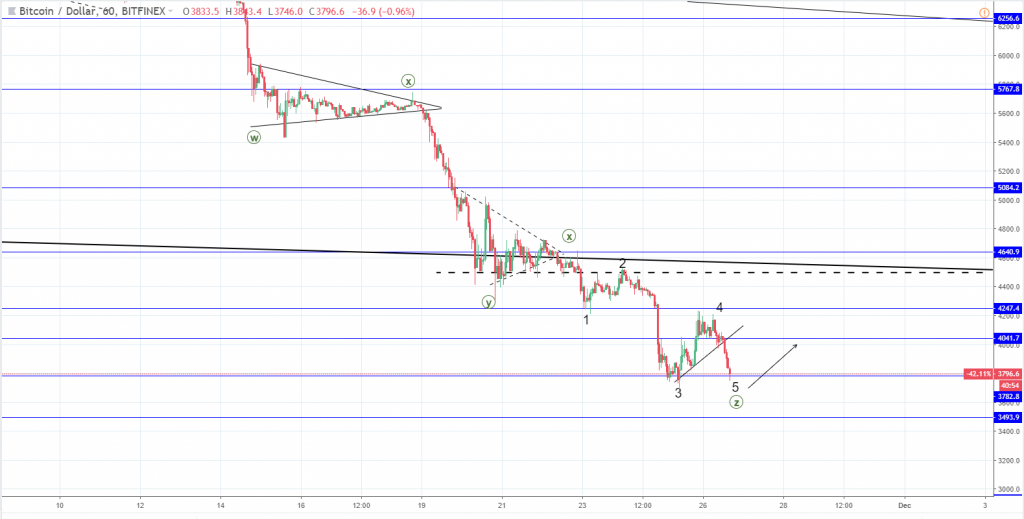 Looking at the hourly chart you can see that the price action has created a double bottom for now indicating more selling pressure. As you can see from my Elliott Wave count this current down move is the final wave 5 which is why I would be expecting a reversal any time soon. The 5th wave could end on these levels if the current horizontal level serves as a support.

If the current level breaks I would be expecting a continuation to the downside but only to the next horizontal support level which is at $3493.

As you can see the 4th wave has come up to the previous support which now serves as a resistance line and was rejected at those levels which caused the minor uptrend line from the ending of wave 3 to break.

Zooming on to the 4-hour chart you can see that the price hovered around the same levels previously from which a breakout was made to the downside which is the current down move that we have seen in the market. 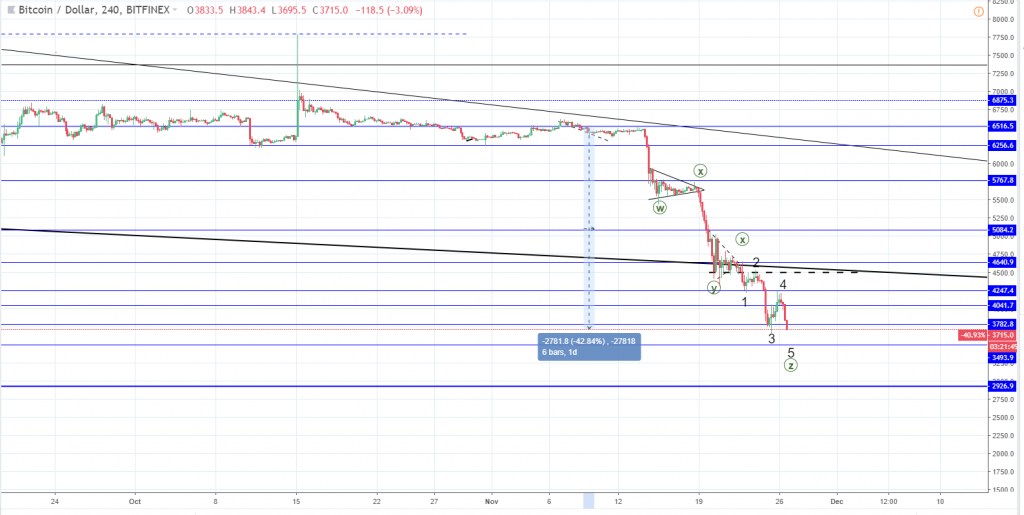 From the mentioned plateau levels around $6512, the price has fallen by over 42% measured to the current levels of $3715 which is a bit lower since the start of this article so the price has already broken the horizontal support level and is currently below it. As you can see from the 4-hour chart the down move has been labeled as a five wave correction – wxyxz. The current wave to the downside is the 5 wave from the last corrective wave Z so I wouldn’t expect the price to go lower than the next horizontal level at around $3500.

Bitcoin is in the sell zone.

The price of Bitcoin as well as the market in general, since Bitcoin’s market dominance, is higher than 54% currently, are going to experience a recovery very soon since the current market conditions are screaming oversold. We are yet to see where that recovery takes the price but I believe that after this much downfall the price is either going to spike up quickly to around $5000 and stay there for a while, or it will consolidate at first around these oversold levels.