From yesterday’s high at $131,937,967,321 the evaluation of the cryptocurrency market capitalization has decreased by around 9,6 billion dollars measured to the current levels. The evaluation has been a bit lower but it still around those levels.

Looking at the global chart you can clearly see a downtrend line dating from last Monday, but since the price has been steadily dropping for quite some time now, we are now likely going to see a recovery, and as the evaluation is looking like it has stabilized around the $120B market cap we are soon going to see if the market starts to recover or is this only a shortstop before more downside. 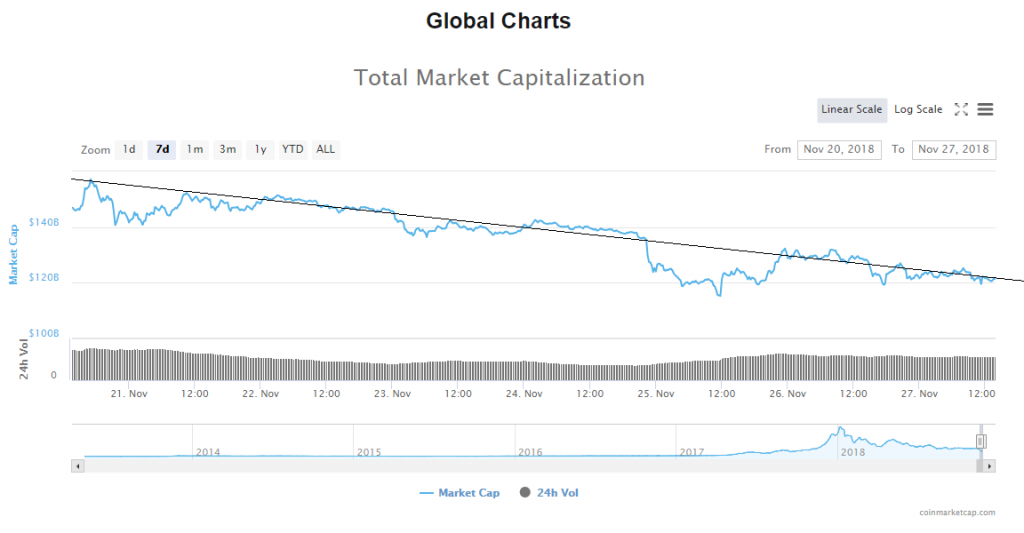 Consequently, the market is in red with an average percentage of change among top 100 coins ranging around 3-5%

Bitcoin’s market dominance has decreased since yesterday at about 0.6% breaking the minor uptrend line. 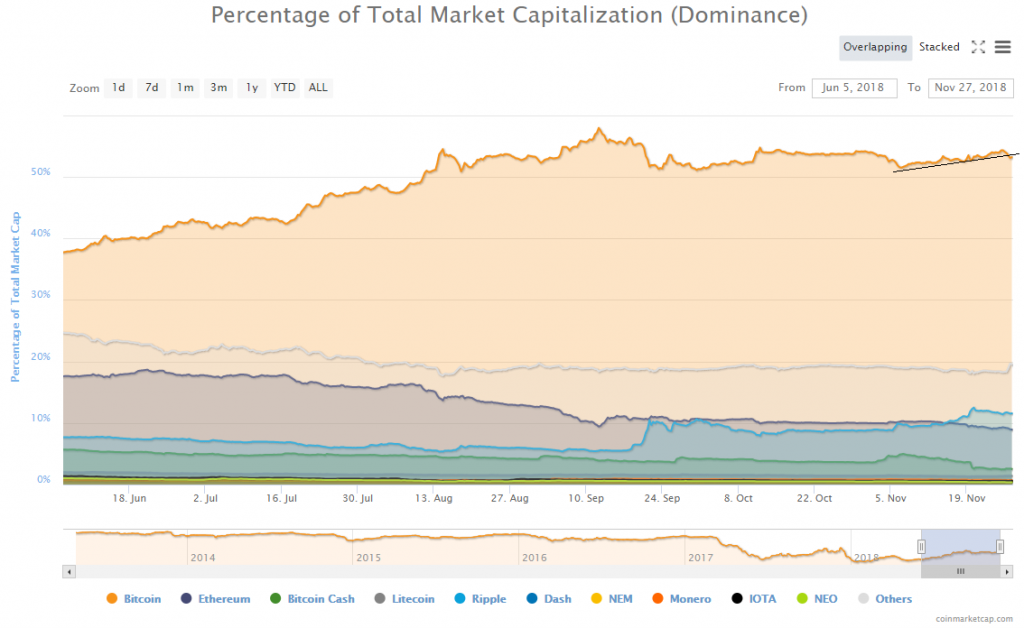 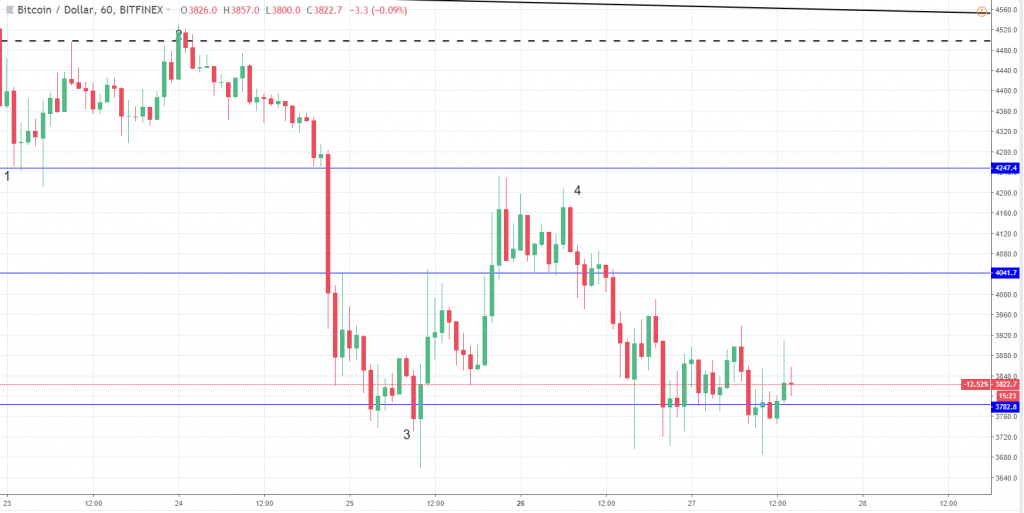 The price has found the support on the significant horizontal support level at around $3783 so we might see a bounce soon but as the current structure looks like the sellers are putting pressure on the mentioned level, we might also see a breakout to the downside. As you can see from my Elliott Wave count the 4th wave has ended which is why another has started to develop and it should be the last one, but the problem is that the 5th wave could have ended on the current horizontal level today.

Zooming further into the 15 min chart I have counted the sub-waves and I believe that what was previously stated is true. 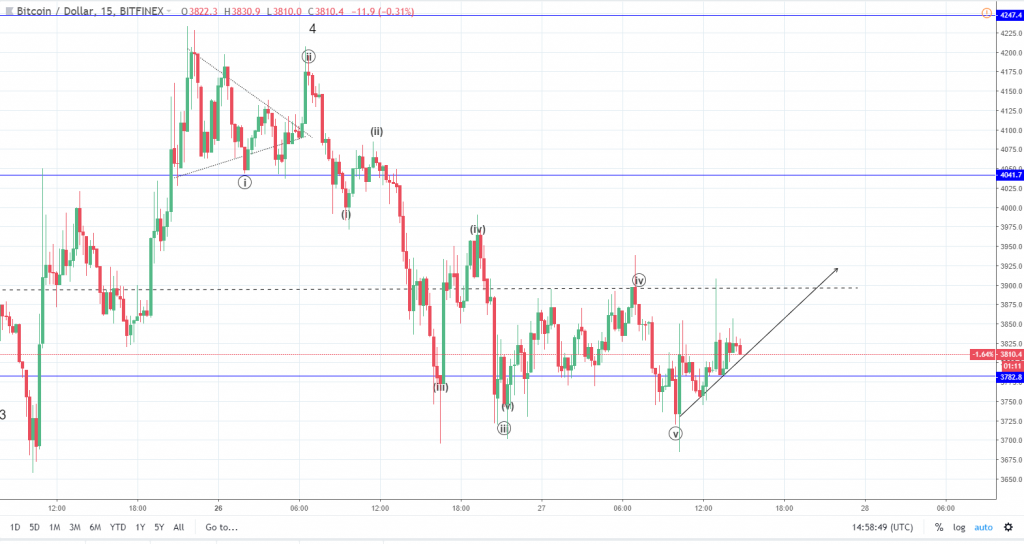 As you can see the current upward trajectory could be interpreted as the beginning of the recovery wave to the upside since the EW count points out the end of the impulsive move to the downside. However, I still wouldn’t count that the upward move has begun until the price exceeds the minor resistance level at $3894.6.

Zooming out on to the 4-hour chart you can see that the corrective wave Z is actually the wave of a higher degree which is constituted by the mentioned 5 waves, and considering that the price dropped by around 42% in one go, we are now going to see a recovery.

The target for the recovery would be around the levels from which the breakout from the prior descending structure occurred which is around $4500. If the price gets rejected there we are likely going to see a lower low but we are yet to see what happens at those levels.

Hourly chart technicals are bearish with oscillators indicating a buy.

Since the price of Bitcoin stabilized around the current levels we are now going to see a recovery. The awaited recovery might but only short-term before another low or could result in a stagnation around the $4500 range. One thing is certain the price can’t get anywhere until we have seen a retest of the significant levels.