From yesterday’s low at $124,992,000,000 the evaluation of the cryptocurrency market capitalization has increased by over 18 billion dollars measured to the current levels. Consequently the market is in green with an average percentage of change among top 100 coins ranging around 8%. The biggest gainers are in double digits.

The evaluation on the global chart has made an ascending channel and you can see that currently the evaluation is looking for another attempts to go past the minor resistance found on the prior range support. If the evaluation fails to exceed to levels it will start declining from here to the ascending channels support line, but even if it does succeed in going further up the resistance from the channel would be to much and it will start falling from there down to the support levels. 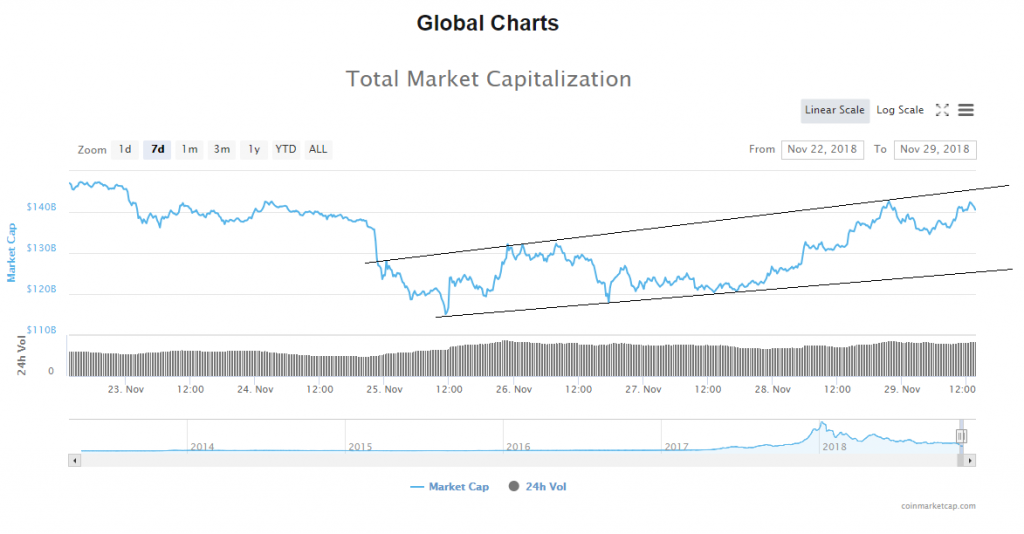 Bitcoin’s dominance has increased by 0.83% from yesterday’s open at around 53%, which is in indication that the market participants aren’t feeling as confidante in this current rise and are likely started selling their alts to be able to quickly sell BTC for cash if the prices start falling again.

From yesterday’s open which is also the lowest price has been at $3877 the price of Bitcoin has increased by 11% measured to the current levels of $4305. 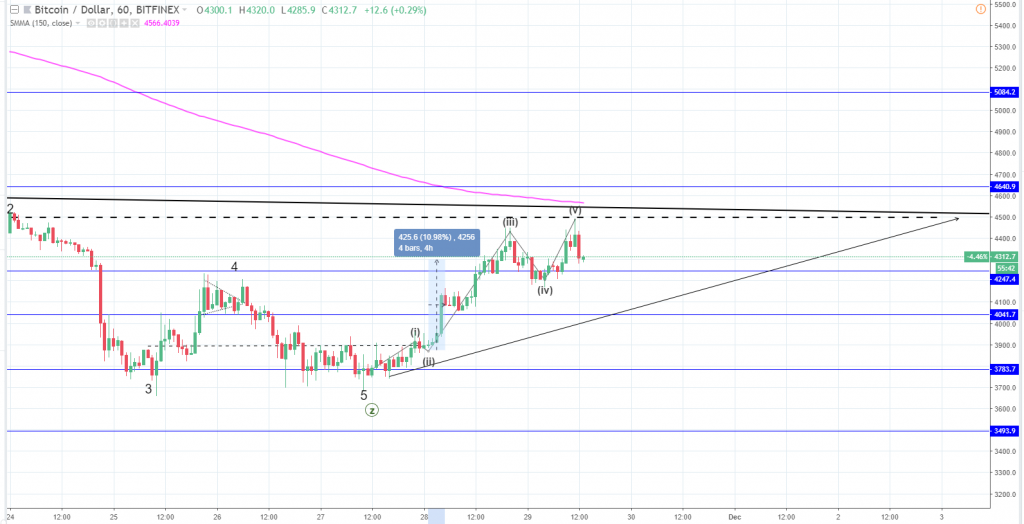 Looking at the hourly chart you can see that the price has increased significantly since the low on Sunday but judnging by the Elliott Wave count the upward move has ended.  Now we are likely seeing the start of the correction which would the price back down to aprixamately half of the range of the minuette 12345 impulse. What had been stated is with taking into the consideration that the price enoutered some strong resistance at the current level and if the price continues upward it would be to unstable so it would have to first establish a support.

Bitcoin is the sell zone as indicated by the hourly chart technicals.

From yesterday’s open at 310 Satoshi the price of Tron increased to 382 Satoshi at first but since the interaction with the resistance found on those levels the price has pulled back slightly and is now sitting on the 364 Satoshi which in an overall increase of 17.12%. 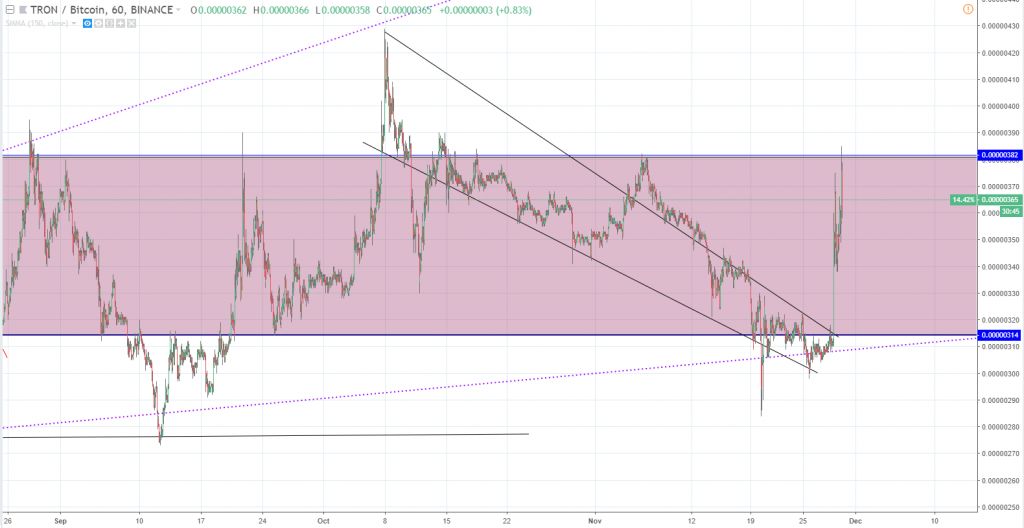 Looking at the hourly chart you can see that the price has interacted with the upper support zone’s line which serves as resistance but the result of an increase was the support found around its support levels. Since the price spike by over 20% initially indicating a strong momentum we might see an increase above the mentioned level as the price is once again in an upward trajectory.

Tron is in the buy zone. 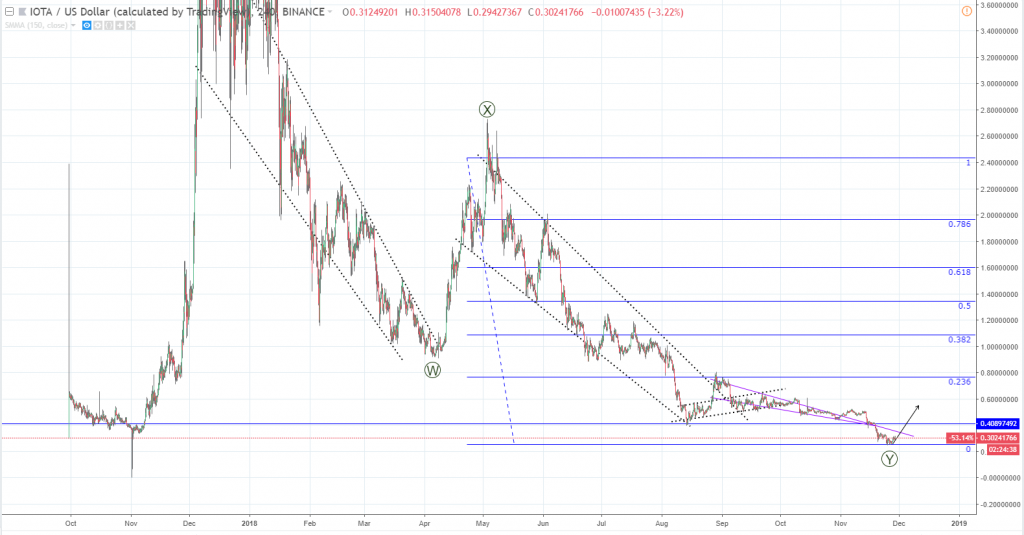 Looking at the 4-hour chart you can see that the price has been at its lowest since the start of the year and is now approximately on the same and even on lower levels than last years November. The Y wave ended from the primary WXY so some significant increase is to be expected from here, to around the half of the range from he 0.236 Fibonacci level to the lowest level at $0.2583, and then potentially all the way up to the 0.5 Fibonacci level.

IOTA is in the buy zone.

As the market recovery continues we are yet to see how far can it take the market in one go but in the upcoming period I would be expecting an overall increase.