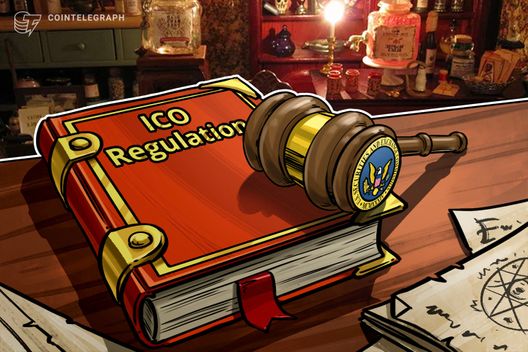 U.S. Rep. Warren Davidson of Ohio announced plans to introduce a bill in the House of Representatives that would regulate ICOs and cryptocurrencies.

According to Cleveland.com, Davidson announced his intention to introduce new legislation at the Blockchain Solutions conference. The bill would create an “asset class” for cryptocurrencies and digital assets, which “would prevent them from being classified as securities, but would also allow the federal government to regulate initial coin offerings more effectively.”

This development would bring clarity to U.S. crypto regulation. Currently, state regulatory agencies classify tokens differently in ways that place them under their jurisdiction.

In other words, the CFTC states that Bitcoin (BTC) has more in common with gold than with currencies or securities since it is not backed by a government and does not have liabilities attached to it. The Financial Crimes Enforcement Network (FINCEN), the agency managing anti-money laundering (AML) and know your client (KYC) standards, views crypto as money.

A group of U.S. Congressional representatives sent a letter in September to the SEC Chairman Jay Clayton calling for “clearer guidelines between those digital tokens that are securities.”

The same month, over 45 representatives of major crypto companies and Wall Street firms attended a Congressional roundtable discussion on cryptocurrency and ICO regulation. During meeting, which was hosted by Davidson, experts expressed concerns about a lack of regulatory clarity in the industry and discussed “token taxonomy.”

Davidson has previously demonstrated his support for the crypto industry, suggesting that the ICO market needs “light touch” regulation. A spokesman for the U.S. representative said in November that Davidson is working on a bill that, once law, would treat ICOs as products rather than securities at the federal and state level, effectively “sidestepping” security laws.

As Cointelegraph reported yesterday, seven Ohio funds will hand over $300 million to blockchain startups by the end of 2021. Of this funds, $100 million will be invested by nonprofit JumpStart.