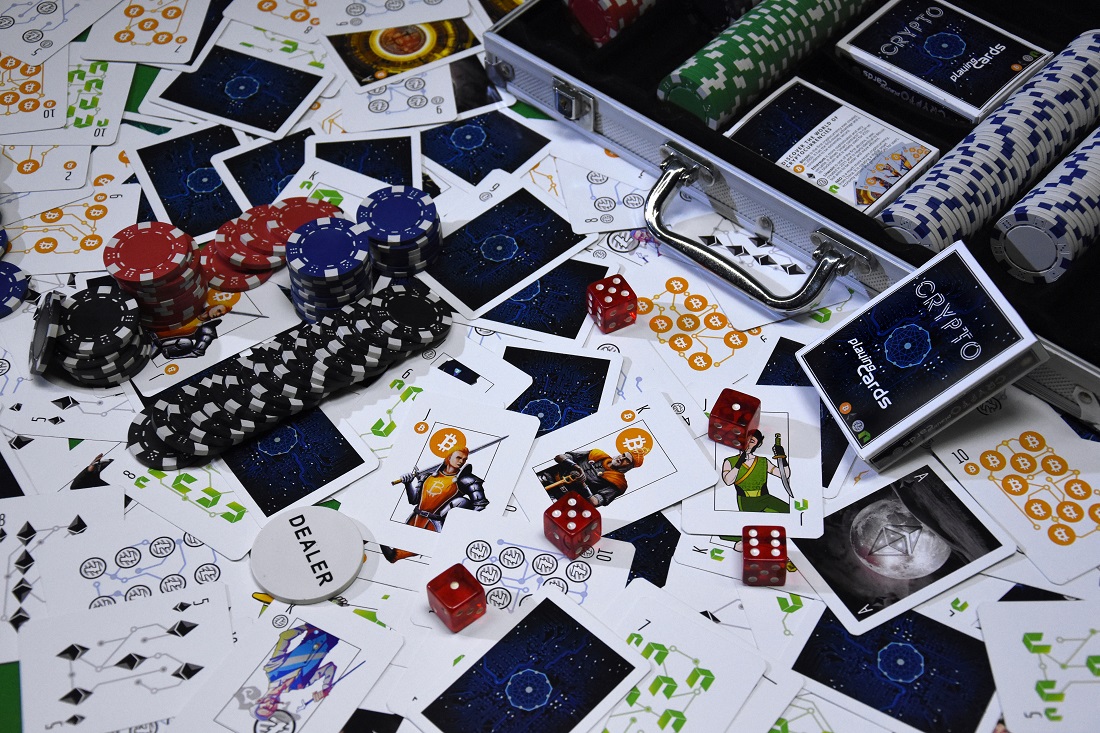 In Switzerland, a project was recently launched, with the goal of helping adoption by getting the general population acquainted with cryptocurrencies. It’s a deck of playing cards, but not any deck. Instead of playing poker or blackjack with spades, hearts, diamonds or clubs, you’re now playing with Bitcoin, Ethereum, Litecoin and NEO.

Every suit has different dominant colors and each character was specifically designed to proudly represent its cryptocurrency. The playing cards are crafted from premium cardstock and coated with extra smooth finish.

Nevertheless, one might say “Playing cards aren’t new, they’re not revolutionary and they’re not about to reshape our future”. Definitely not. But Cryptocurrencies are. As for any revolution, the People need to know about it. They need to talk about it and learn why and how it might change their life and the life of their children.

What better way to get acquainted with cryptos than to see new names and start asking questions? That’s precisely the goal of this deck of custom Crypto Playing Cards: to make people wonder, have them raise questions and objections, which in turn are going to elicit answers and interest, and eventually increase adoption.

As most people still live in a very materialized world, little projects such as this one, are a great way to introduce the amazing crypto-universe to the general population.

A single deck of Crypto Playing Cards costs 14.90 Swiss francs with free shipping (which is about the same amount in USD). It’s possible to buy multiple decks at a cheaper price to have some for Christmas gifts for friends, family or colleagues. Payments are possible with Bitcoin (BTC), Nano, Stellar (XLM), Ripple (XRP), NEO or GAS, Ethereum (ETH) and Litecoin (LTC). Paypal and credit cards also accepted.

The deck of Crypto Playing Cards can be obtained at: www.crypto-playing-cards.com