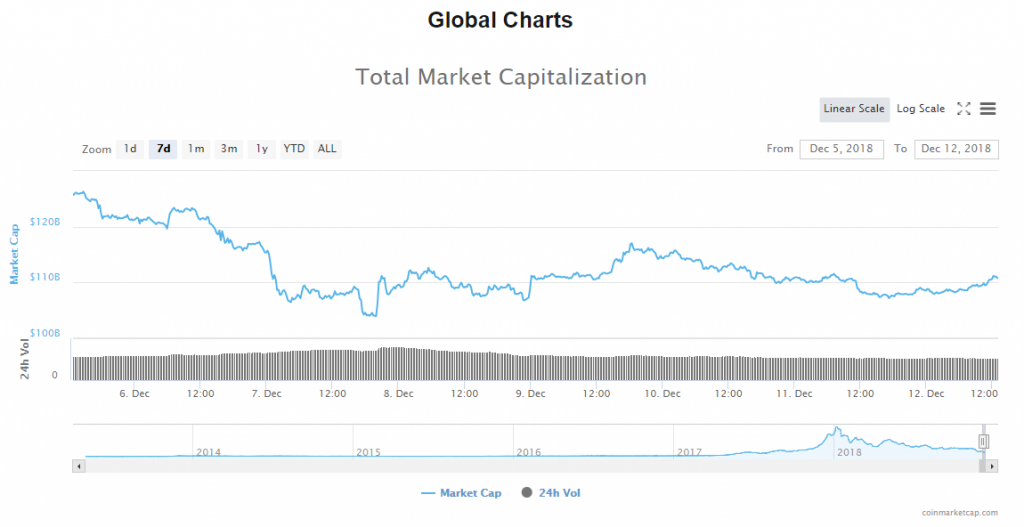 Today as the evaluation is a bit higher than in this time yesterday we are seeing that the market is in green with an average percentage of change among top 100 coins ranging around 1.4-2.6%. The biggest gainer today is DEX with an increase of over 40% but this is due to the low liquidity of the new crypto that came out to be freely traded on the market from the start of November.

Other gainers are in double digits as well but the concentration is around 11-13% on average. The biggest loser is WAX with a decrease of 18%.

Bitcoin’s market dominance has fallen slightly by 0.01% from yesterdays high at 55.5%.

From yesterday’s lowest point at $3383, the price of Bitcoin has increased by 4% as its currently being traded at around $3512. 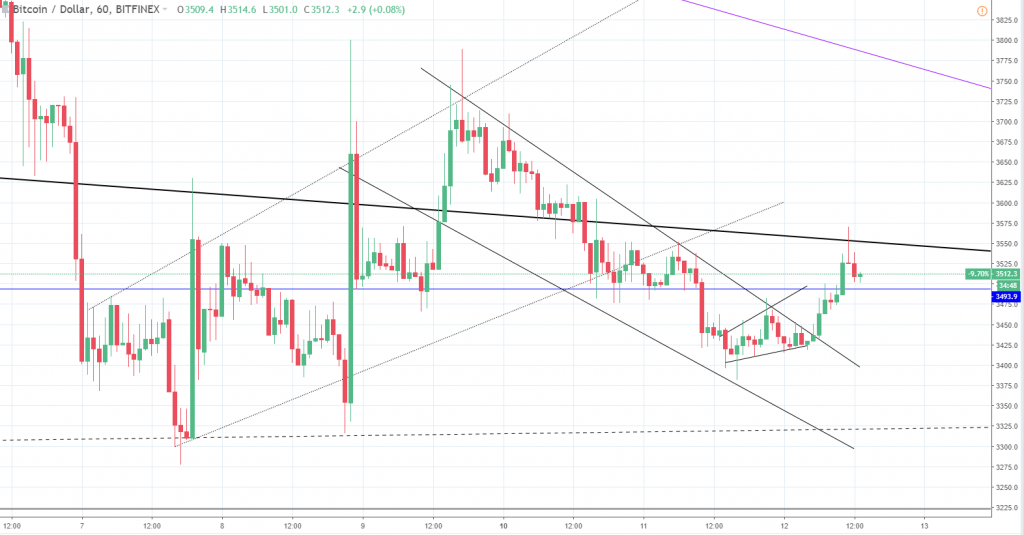 On the hourly chart, you can see that the price of Bitcoin has broken out from the descending channel on the upside but the upward momentum may be over since the price can up to the bold black line which is the most significant downtrend support which now serves as resistance where it got rejected again with a large wick from the upside that indicates that the price has entered sellers territory.

Not all hope is lost as the price is still above the horizontal support level at $3493 so this current retracement might be only for an interaction with the mentioned level for the establishment of support.

This is a very difficult situation to be calling out a trend direction since the price is moving sideways. The price has reached its lowest since the start of the year on last Friday but that level isn’t significant enough nor the price action implies that we have seen the end of the last down move which dates from 14th of November when the price of Bitcoin was at $6500.

The price could very well go up from here and reach or exceed by a little the previous high at $3688 before falling one more time to the downside which would be the end of the mentioned down move. 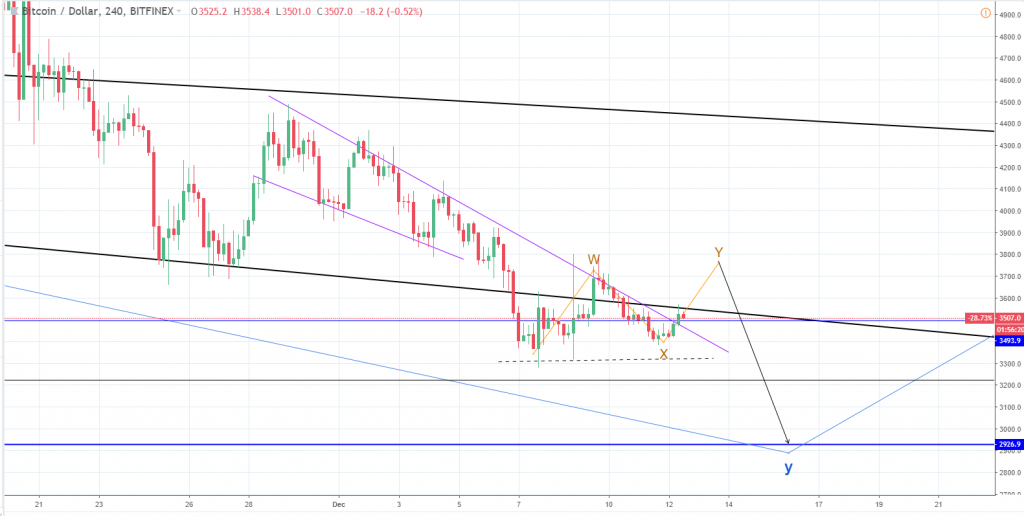 Looking at the 4-hour chart you can see that the current upward move could be the recovery wave Y from a correction that can lead the price back inside the range between two major support lines but it would still fall to around $3200-2926 range which would be the end of the Y wave from a higher degree count.

On the other hand, this could be the end of the down move and this current upward wave which I have labeled with an orange Y could be the start of the third impulsive move to the upside as the impulsive wave started. 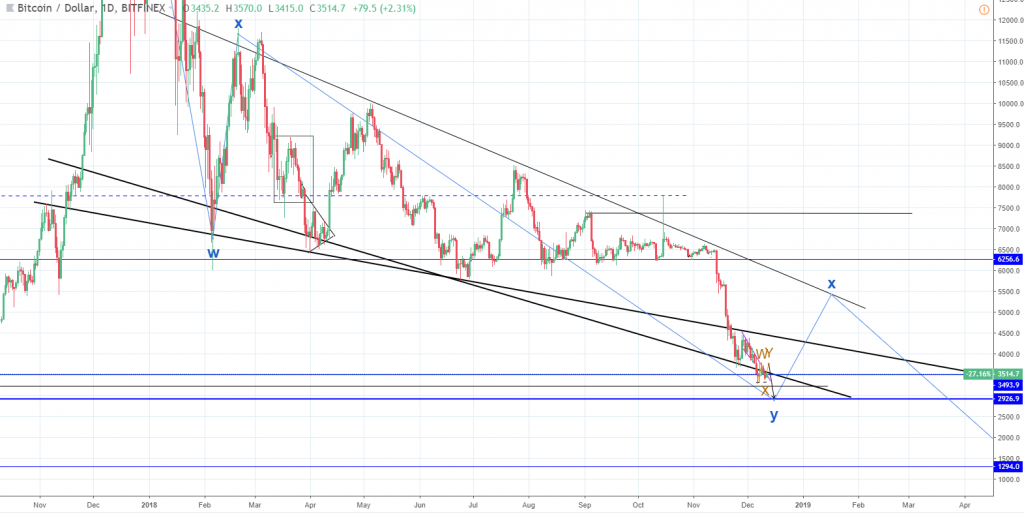 Looking at the daily chart you can see that the price is currently around the second steeper support line and since the price went below it we have likely seen an overreaction to the falling prices and a recovery is soon to start as the second wave X should start developing. Will this current increase lead the price upwards to the downtrend resistance line at around $5453 we are yet to see but I don’t believe it will.

I believe by looking at the charts that the price is heading for one more low below the $3000 which would activate buying again and the chasing of the price would lead up to a recovery.

Today we are starting to see an increase in the market as a result of a big fallback that the market experienced especially in the last week. This increase may lead to a recovery that would push the price of Bitcoin back to around $5500 area but it may be only a minor correction before another downfall.

In either way the prices are going to recover soon but in order for this to happen a temporary boost in confidence is needed and I don’t believe that this small increase may serve as a catalyst.