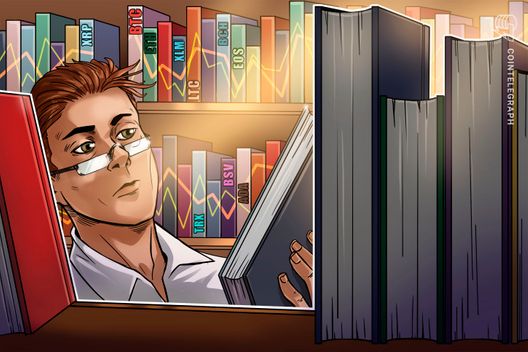 Crypto markets have given up some of their recent gains, which is expected. Rarely do markets bottom without forming a basing pattern.

Crypto markets have given up some of their recent gains, which is expected. Rarely do markets bottom without forming a basing pattern. Entrepreneur Charles Shrem believes that the current dip is due to the expiration of Bitcoin futures on the Chicago Mercantile Exchange (CME) and some last minute tax selling.

One good thing about the current bear market in cryptocurrencies is that it has removed most of the hype. Had the bull run continued for a few more months, many more innocent people would have lost money in dubious initial coin offerings (ICOs) and sh*tcoins.

With the year coming to an end, all eyes will be on 2019. Many believe that the markets will see an uptick in the next year, supported by favorable conditions. However, the next leg of the rise will require strong support from institutional players.

Will Facebook’s rumored foray into cryptocurrencies be a game changer or will Amazon give a boost by accepting cryptocurrencies? There are many possibilities, but it is difficult to predict which one will see the light of the day and produce the desired effect.

The major trend in Bitcoin is down while the short-term trend is indecisive. It has broken down of the 20-day EMA and the RSI has dipped back below 50. This shows that the bears are trying to resume the downtrend.

However, the bulls are not relenting and are currently attempting to climb above the 20-day EMA once again. If successful, it will form the right shoulder of the inverse head and shoulders pattern.

The bullish inverse head and shoulders is a reversal pattern, which will complete on a breakout of the neckline. The breakout has a pattern target of $5,500.

Conversely, if the BTC/USD pair fails to cross the neckline or the 50-day SMA and turns down once again, a retest of the Dec. 15 low of $3,236.09 is probable. A break of the yearly lows will resume the downtrend and will be a negative development. The price action of the next few days will confirm whether a bottom is in place.

If successful, the XRP/USD pair can rally to the resistance line of the descending channel. Though $0.45 will act as a resistance, we expect it to be crossed this time.

Ethereum is attempting to bounce from the 20-day EMA. If successful, it will attempt to move up to $167.32 once again.

The 20-day EMA is flat and the RSI is also in positive territory, which increases the probability of a move up from current levels. $136.12 might offer minor resistance, but we expect it to be crossed. A move above $167.32 will confirm a bottom at $83 and the start of a new trend.

Bitcoin Cash broke below the 20-day EMA on Dec. 27 but has bounced back sharply from close to $136.72, which is 61.8 percent Fibonacci retracement level of the recent pullback from $73.50 to $239. It is currently trading inside a descending channel, that looks like a bullish signal.

On the upside, the virtual currency will face resistance at the channel and above it at the 50-day SMA. If both these levels are crossed, we expect the recovery to resume. The pattern target of the bullish flag is $355, with a minor resistance at $307.10.

On the contrary, if the bears turnaround the BCH/USD pair from the current levels and break below the channel, it can slide to $108.92 and below that to the low of $73.50. The next couple of days will give us a better idea about the next direction.

The 20-day EMA is flat and the RSI is close to 50, which points to a consolidation. However, the long-term trend still remains down.

The EOS/USD pair will weaken if it plunges below $2.1733. It will resume its downtrend on a break below $1.55. We do not see any buy setups now, hence, we remain neutral.

Stellar is trading below the 20-day EMA, which is flat. The RSI is also in the negative territory. This shows that the bears are trying to make a comeback.

The virtual currency will point to a reversal if it breaks out and closes (UTC time frame) above $0.13427050. Such a move can reach the 50-day SMA and above it to $0.184. We do not see any buy patterns at current levels; hence, we suggest traders remain on the sidelines.

However, if the bulls succeed in defending $80.352, the BSV/USD pair will again attempt to move back up to $123.98. Though the range is large enough for trading, we shall wait for the bounce off the supports to sustain before recommending any trade in it.

TRON held on to the critical support at $0.0183 for the past three days and is currently rebounding sharply. This shows strong buying at the supports, which is a bullish sign.

The TRX/USD pair is likely to consolidate in the large range of $0.0183–$0.02815521 for a few more days. The digital currency is turning out to be an outperformer, hence, the traders can buy fresh long positions closer to $0.02 with a stop loss just below the support of $0.0183. We like the way the 20-day EMA has continued to slope up after completing the bullish crossover.

The bulls are attempting to push Cardano above the 20-day EMA once again. There is a tussle between both the bears and the bulls at current levels. The 50-day SMA is sloping down, which means that the long-term trend still remains down. However, the flat 20-day EMA and the RSI in the positive territory, and shows that the bulls have an advantage in the short-term.

The ADA/USD pair will confirm a trend change if the price breaks out and closes (UTC time frame) above the neckline of the probable inverse head and shoulders pattern. We suggest traders wait for the reversal to complete before jumping in to buy.

If the virtual currency turns down from the 50-day SMA or the trendline and breaks below $0.036934, it can result in a retest of the Dec. 7 low.