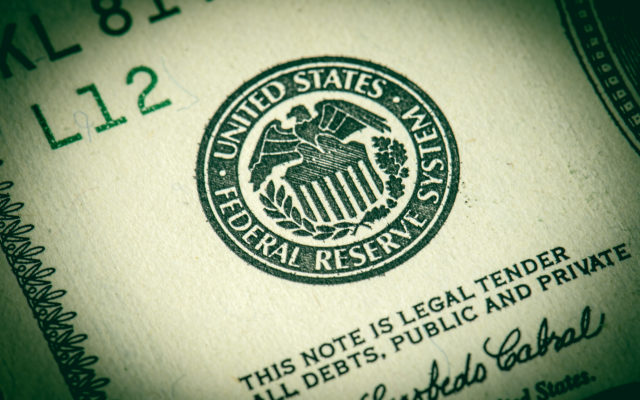 It seems as if the Federal Reserve really understands the core values of Bitcoin and that launching a national cryptocurrency is pointless.

Director of the IMF Christine Lagarde spoke out about the benefits of central bank digital currencies (CBDCs) this November. She said that they could improve security, accelerate financial inclusion, reduce poverty, and afford greater privacy. She even made a reference to cryptocurrencies as a “contender” in our cashless society.

And many crypto enthusiasts took heart. It seemed that finally, aging institutions were coming around to the technology and understanding its value. After all, cryptocurrencies can already achieve most of the things that Lagarde suggested. They can lower the cost of international remittances, streamline efficiencies, and protect the identity of their users.

But It’s Not Interesting to The Federal Reserve

At the height of bitcoin’s price explosion last year, when crypto entered the mainstream, many people called it the future of money. In fact, a former governor at the Federal Reserve Kevin Walsh, who was among the candidates to become chairman, said that if he were elected he would allocate resources to explore the creation of Fedcoin–a national cryptocurrency.

Why? Because it could improve transparency, increase efficiency, and allow the Fed to access negative interest rates and other financial tools.

But when you get down to the nitty-gritty, none of these things are of interest to the Fed, the banks, or national governments.

Sorry, No National Cryptocurrency for Now

The IMF is famous for imposing loans on struggling countries and crippling them with exorbitant interest rates. So it seems unlikely that such an institution would race to adopt a technology that would unchain the downtrodden from their shackles.

Moreover, researchers at the St. Louis Fed, Fabian Schar and Aleksander Berentsen, noted that a central bank “could easily” create its own crypto:

However, the key characteristics of cryptocurrencies are a red flag for central banks.

The red flags, they argued, were that law enforcers must be able to monitor who is using a currency at all times, which means that they would need strict identification requirements to eliminate fraudsters and money launderers.

They fail to mention that some two-thirds of all $100 US dollar bills are outside of the United States–and that no one has any idea who is using them.

They do make some very valid points, however, that underpin the reason there may never be a Fedcoin or any other national cryptocurrency:

Once you add a central bank and remove the “permissionless” network—with nodes that can leave and join as they wish, there isn’t much left to the cryptocurrency you started with.

The two St. Louis branch of the Federal Reserve researchers further pointed out that this kind of centralized electronic money doesn’t even need a blockchain to work, in fact:

The technology for issuing virtual money in a centralized way existed long before the invention of the blockchain.

A Federal Reserve Board governor Lael Brainard tore the concept of CBDCs apart at San Francisco’s Decoding Digital Currency Conference. While praising blockchain’s innovation, she went on to note that crypto’s volatility made it unsuitable as a unit of currency or store of value and that it was susceptible to hacks and money laundering.

She repeated Schar and Berentsen’s red flag of identity management and noted how a national digital currency would affect banks–again, pointing out that we do, indeed, already have electronic money.

So, while its certainly true that the Fed could digitize the US dollar and turn it into a cryptocurrency, it would only work against the interests of existing institutions and essentially be totally pointless.

Could There Be a Middle Ground?

It’s interesting to note that while adding centralized authorities to crypto does, in fact, seem to be missing the point, that doesn’t render crypto entirely useless for national purposes. Neither does it make fiat any more suitable. Cryptographer Peter Todd noted that:

It’s fashionable to criticise all blockchain stuff when applied to centralized systems as nonsense, because most of the solutions peddled have been nonsense. But the truth is somewhere in between.

It's fashionable to criticise all blockchain stuff when applied to centralized systems as nonsense, because most of the solutions peddled have been nonsense. But the truth is somewhere in between.

Blockchain in the context of the fed is just an open-data policy. That's good.

Which means there may be some middle ground. But perhaps the main takeaway is this:

That the Federal Reserve wants nothing to do with a national cryptocurrency should be about as surprising as the Vatican failing to embrace gay marriage or abortion. Or if you want a further comparison, asking Jamie Dimon about bitcoin is like asking a taxi driver about Uber.

“Asking Jamie Dimon about Bitcoin is like asking a taxi driver what he thinks about Uber” — @Dan_Jeffries1 https://t.co/TIp8XfjmPP

It’s still a young technology, and we’ve got a long way to go. So for now, it’s really no shocker that the old institutions aren’t diving in to expose their ills and remove their controls.

Do you agree with the Fed’s position on national cryptocurrencies? Share below!

The post The Federal Reserve Could Launch a ‘FedCoin’- But There’s Really No Point appeared first on Bitcoinist.com.