Over the weekend things have been standing still with a minor sideways movement for the evaluation of the cryptocurrency market cap but with an overall increase from Friday when the evaluation was at around $120B at its lowest point. 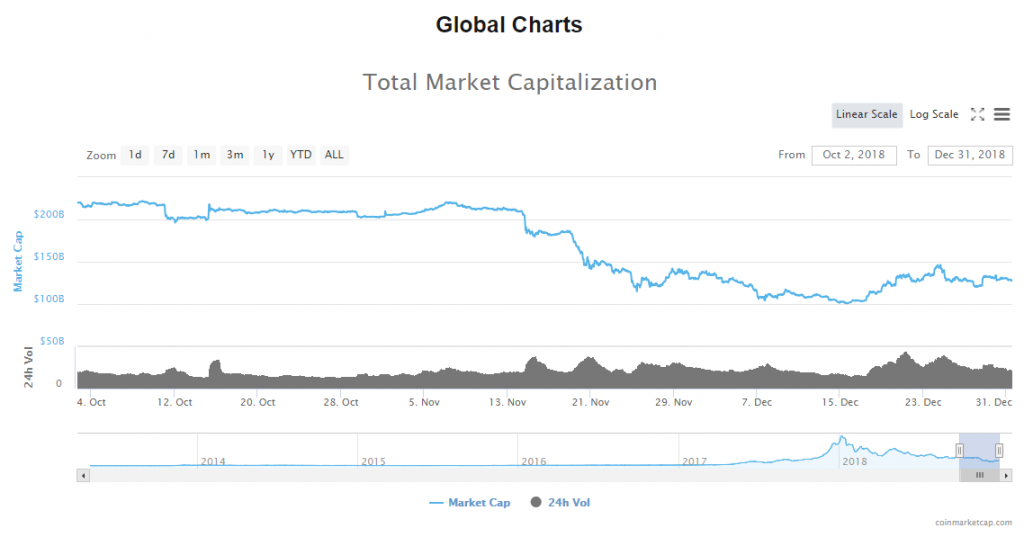 The sentiment is still bearish as the market is predominantly in red with an average percentage of change among top 100 coins ranging around 3.72%.

Consequently, the Bitcoin market dominance has been steadily hovering around the same levels around 52%. 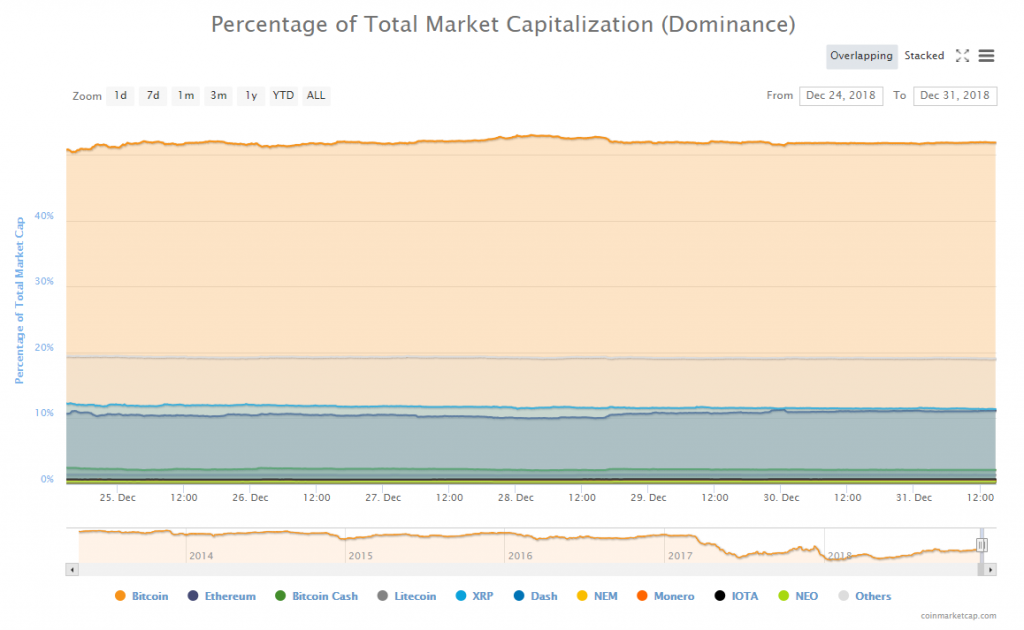 From Friday when the price of Bitcoin was $3712 at the open, the cryptocurrency experienced an increase to $4073 at it’s highest point on Saturday but since the price reached those levels it has been in a downward trajectory.

Looking at the hourly chart you can see that the price has managed to stay above the horizontal resistance level throughout most of the day on Saturday before finally, a red candle appeared that pushed the price below it. When the price interacted with the minor support it then came back to the horizontal level retesting it from the downside and as you can see after two interactions a rejection occurred which is why the price is currently again on its lower levels from the current minor range.

RSI is indicating bearishness since it is forming a descending channel or a triangle of some kind and is currently sitting on 40% mark which means that the price is currently around the lower midrange level of its current range with more downside to be anticipated.

My Elliott Wave count also implies that more downside should be expected as the current structure looks like it is going to be a three wave correction likely an ABC Zigzag. If this is the case I would then expect interaction with the horizontal support at $3367 as the X wave should end after which another increase to the bold black line would be likely if the Z wave starts to develop.

Zooming out to the 4-hour chart you can see that I have labeled this whole move from 24th of November until 24th of December as a WXY correction. This means that new lows should be expected for the price of Bitcoin as after a correction ends a trend continuation should occur.

But my projected scenario implies that the correction will be prolonged by two more waves before we see another low to my long projected target at $2926.

The other possibility is that the correction ended on the Y wave and this current down move is the start of the impulsive decrease that would lead the price to my projected target without any more upside corrective movements.

Zooming out further on to the daily chart you can see my longer-term projection for the future Bitcoin’s price pathway. Looking at the chart below you can see that I am expecting an increase as the second wave X should recover the price and will most likely be the same length as the first X wave length which would bring the price of Bitcoin up to $5400-5500.

However, I don’t believe that the increase that we have seen recently is the start of that recovery. Most likely this was a retest of the broken significant support level (bold black line) before the price goes further down and establishes strong support needed for a proper recovery. This is why I have made my target to slightly below $3000 which is the most lower and most significant horizontal level so far.

Only after the price finds strong support or quickly dips before going further up will I count that the temporary bottom is in, and considering the period we are approaching I believe that more sideways movement which indicates indecision will be seen, after which in the second half of January we are going to see the start of an increase for the cryptocurrency market.

But depending on the length of the expected increase and the time it needs to go back to the expected levels I am going to conclude if the Z wave is in play or the correction ended as a WXY.

Happy new blocks and I wish you a decentralized new year.