From yesterday the cryptocurrency market has increased from $175,836,935,727 at its lowest point to around $180B level which was interacted with on today’s high. This increase is a continuation of the minor uptrend which started on Monday when the evaluation was $170,339,246,773 at its lowest point.

As now the market has recovered by approximately 10 billion dollars in the evaluation and has made an increase in a five-wave manner the minor bullish upswing has come to an end. 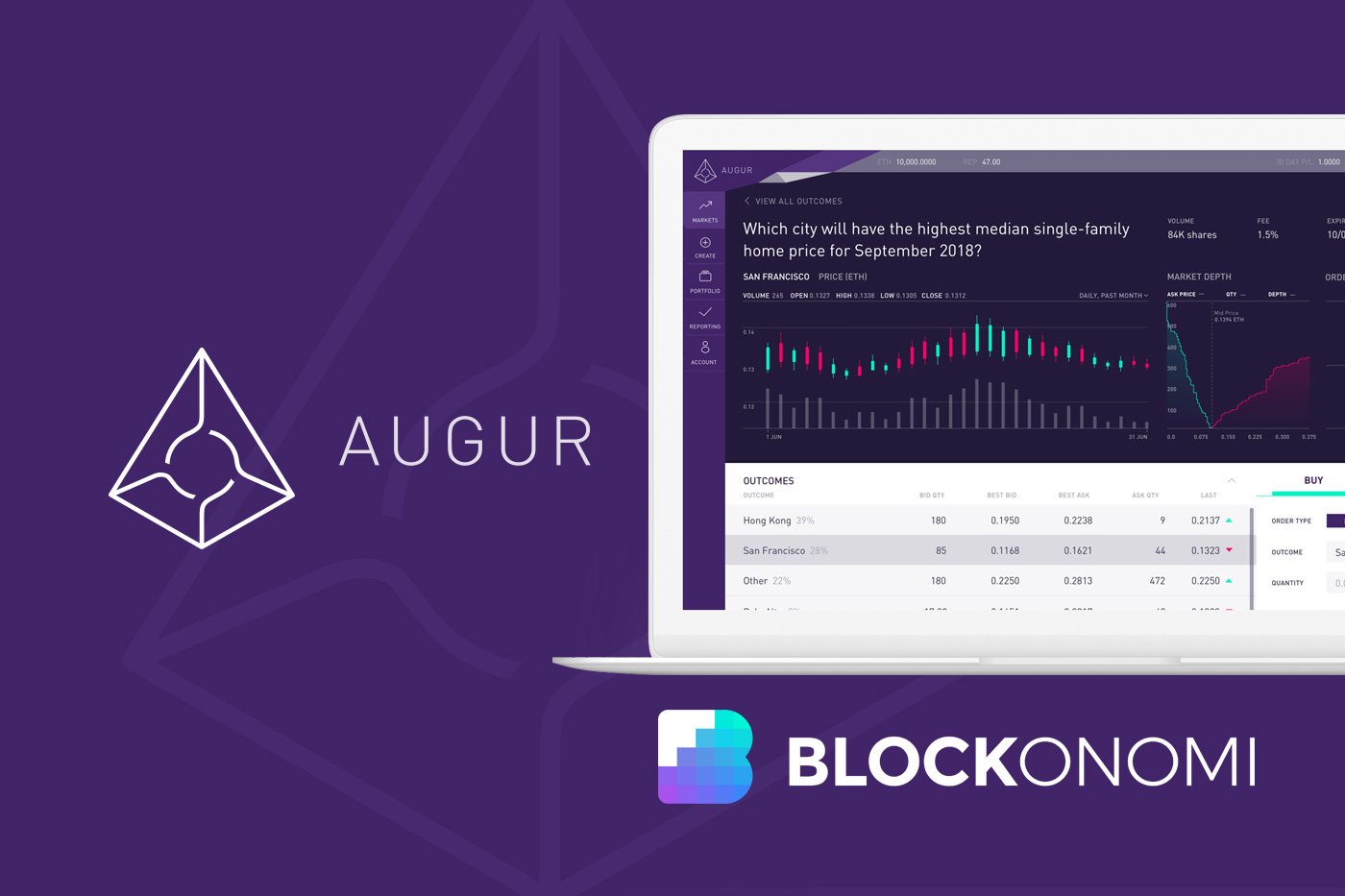 Read: Guide to the Best Brokers

Looking at the global chart we can see that the evaluation made a higher high compared to the one made on Monday which was at around $176,2B which could be an early sign that a higher degree uptrend started.

The ascending trendline from the current range wasn’t been broken which is why we still can’t validate the possibility by the made higher high. This means that we could be seeing the continuation of the ascending structure which has started forming on the 12th of April after a straight downfall was seen. 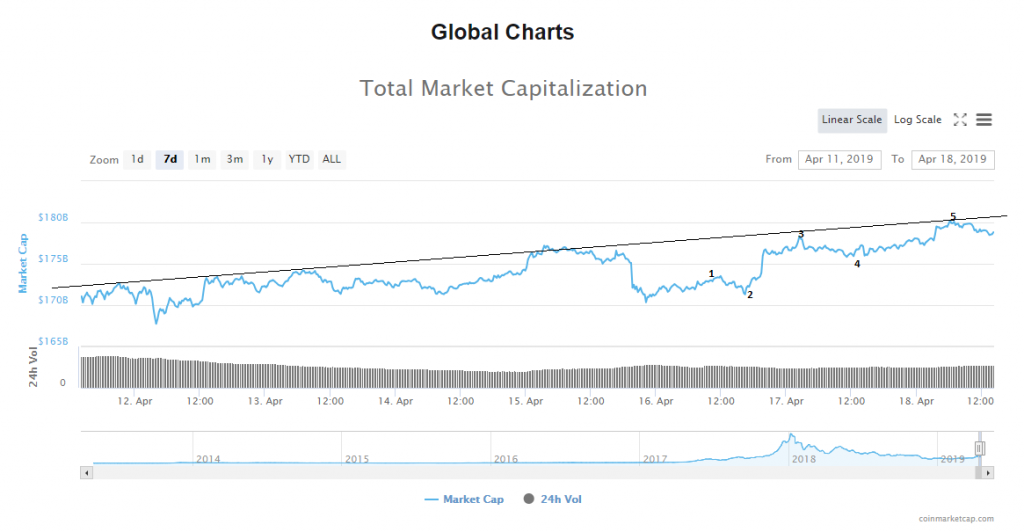 After news of a Coinbase listing, the price of Augur has increased by over 19% from yesterday’s low at $19.1281 spiking over $22.23 momentarily.

Currently, the price is sitting at $21.43 with a tight cluster being formed around those levels as the price most likely encountered significant resistance while the buyers are still present and are maintaining the price.

On the hourly chart, we can see that the price of Augur came above the minor horizontal resistance level at $20.659 which is the ending point of the previous five-wave impulse wave and is serving as a significant pivot point.

Prior to the increase which started on the 12th of April, a three-wave movement to the downside was seen and has been labeled as an ABC correction.

If we are seeing the start of the next impulse wave to the upside then the increase seen from 12th till 15th of April would be its 1st wave. That means that today’s increase would be its 3rd wave and is the reason the mentioned minor horizontal level is serving as a pivot point, as if the price goes below it would enter the territory of the 2nd wave.

If this occurs, then the price is headed for another lower low as it would mean that the starting impulse wave to the upside scenario would get invalidated.

If the price, however, retraces to the horizontal level and finds support there we would be most likely seeing the end of the 4th impulse wave to the upside after which another higher high would develop.

The price target for that higher high would be at the next significant horizontal resistance level which is at $24.13 which was already interacted with and the price got rejected and got propelled for correctional downside movement.

As the correction pushed the price down by 27.8% it might have ended which is why we have seen some bullish action from 12th of April which lead to a breakout to the upside from the descending channel made by the correctional structure which again indicates that we could very well be seeing the start of another impulse wave to the upside.

For now, as I’ve counted only three waves and with the price currently creating a bearish cluster, I believe that we are to see a move to the downside which will retest the key pivotal point at around $20.65. From the momentum of the downside movement and the depth of the retracement we are to evaluate the possibility of the projected outcome but for now, my primary count indicates that another lower low is headed next before we can see some sustainable bullish momentum.

Augur is in the buy zone.

The price of Augur is looking like it ended its bearish momentum as the price chart is showing clear signs of struggle around its current levels.

A pullback is now expected from which we are to see the potential behind further price movements, namely if we are seeing the start of another impulsive move to the upside or have we seen a corrective increase before a lower low.

For the validation of both projections, the minor horizontal level at $20.6 is serving as an early indication as it is the beginning of the territory of the  2nd wave out of the presumed higher degree impulse which price cannot enter if the movement is impulsive.

The post Augur (REP) Price: Increased 19% from Yesterday, Will it Keep Going? appeared first on Blockonomi.