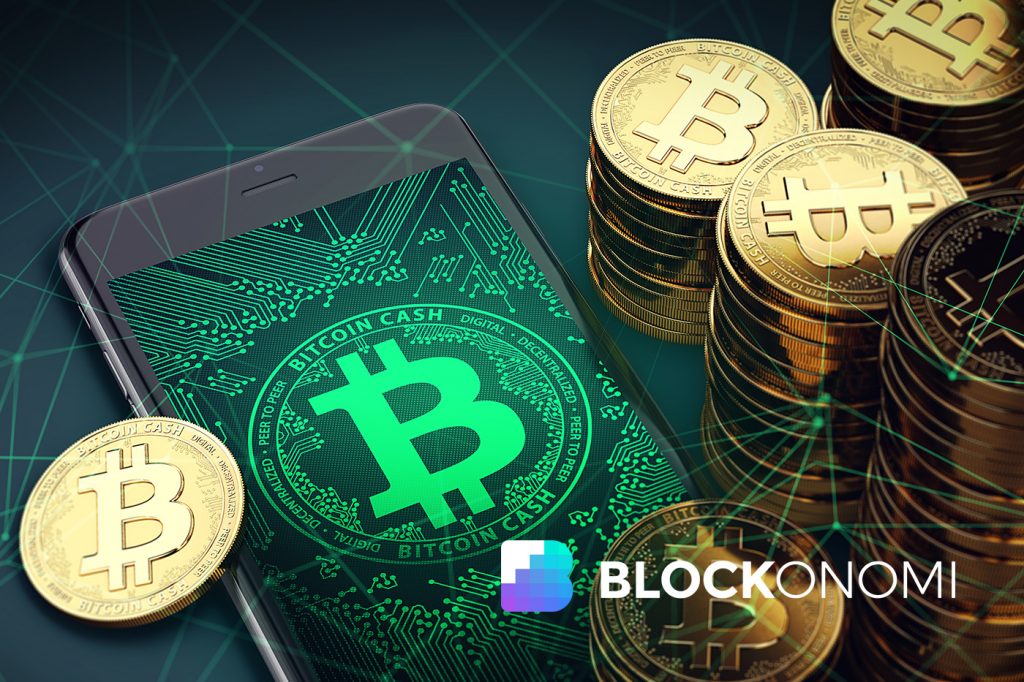 On the global chart, you can see that the evaluation of the cryptocurrency market cap broke out from the horizontal range in which it was consolidating since last Friday, from the upper side and has pulled back to the broken resistance for a retest of support. The evaluation is still inside the territory of the higher degree horizontal range and came up to around its median point.

From yesterday’s open at $229.8 the price of Bitcoin Cash has increased by around 20% measured to the higher point the price has been today which is at $276.8. Since then the price has pulled back slightly and is currently sitting at around $265.

Looking at the 15-min chart you can see that the price of Bitcoin Cash increased in a five-wave manner from yesterday’s open which indicates impulsiveness and considering the fact that the increase made was around 20% it could definitely be the start of a higher degree impulse wave.

If this is true then the price is now headed for a higher degree 2nd wave which is corrective in nature and could bring the price back by around 8% from the current levels as a retracement to the 0.618 Fib level or the next one at 0.786 would be expected.

If this occurs the price of Bitcoin Cash is set to complete a retracement around $240 area before we see an uptrend continuation, but if the price continues moving lower then the levels of the yesterday’s open the projection would get invalidated.

Zooming out on to the hourly chart, we can see that the price of Bitcoin Cash is still inside the territory of the descending channel in which it was since 15th of April and has come up for interaction with its resistance level where resistance was found.

This will soon get validated as the price has ended its five-wave increase so a retracement would be expected before the price could breakout from the structure on the 3rd and the wave with usually the highest momentum.

Zooming out even further on to the 4-hour chart, you can see that the descending channel structure is the 3rd wave from the Minute WXY correction and now that it has likely ended a higher degree impulse wave could start.

As another possibility would be that we are seeing the continuation of the corrective movement the price could continue decreasing to some of the significant support levels around $183 which would be the wave Z from the third correctional structure or the ascending trendline which is still unconfirmed support trendline dating from 15th of December.

If the price of Bitcoin Cash retraces back and doesn’t fall below the $240 before it starts moving impulsively again we are likely seeing the start of the next impulse wave to the upside, but if it does go below the level and continues moving below the yesterday’s open, we are more likely seeing the prolongation of the last corrective structure in which case the interaction with the significant horizontal support levels at around $183 would be expected.

Bitcoin Cash is in the buy zone as indicated by the hourly chart technical indicators.

The cryptocurrency market has continued increasing in evaluation over the last 24 hours with the price of one of the major cryptos indicating impulsiveness.

This could be trap before higher degree downfall or it could be the start of a breakout to the upside from the horizontal range of a higher degree seen on the global chart.

As the evaluation is still inside its territory as well as the price of Bitcoin Cash is inside the territory of its corrective structure we still can’t say if another runup has started but this will soon be validated from the price action movement as a pullback is now expected from which depth we are to reevaluate the projections.

The post Bitcoin Cash Surges Over 20% in a Day: Market is in the Green appeared first on Blockonomi.