From yesterday’s open at $1173,3B the evaluation of the cryptocurrency market cap has been on the rise and came up to $177,124,443,290 at its highest point today around which it is currently sitting. 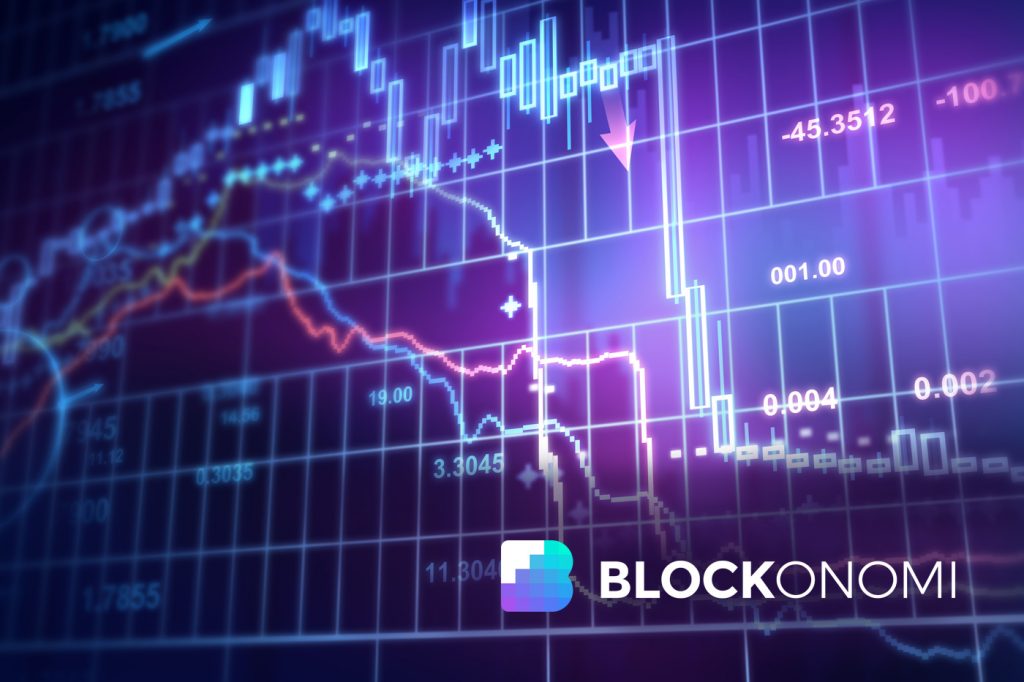 On the global chart, you can see that the evaluation is still around the media point of the horizontal range from the 3rd of April and is in an upward trajectory potentially headed toward its upper level at around $180B level. 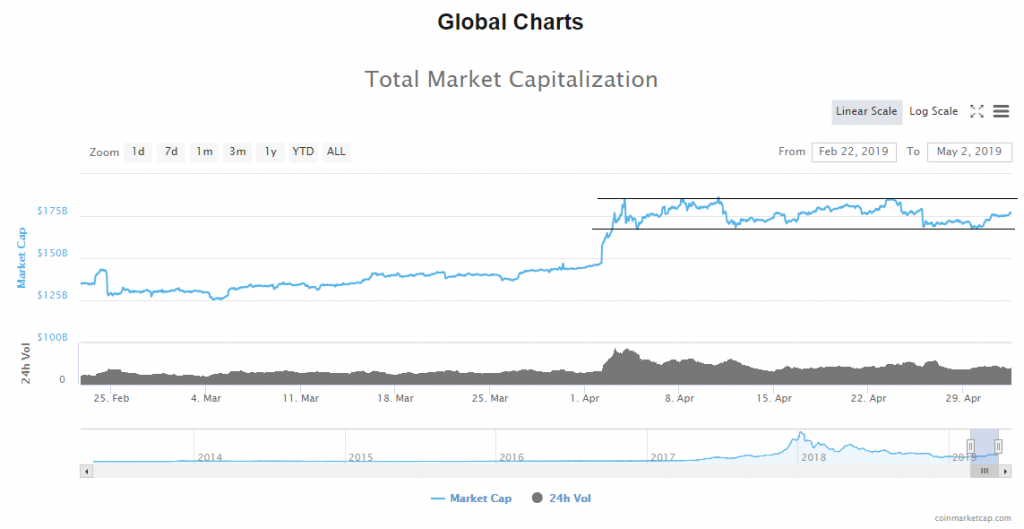 From Monday’s low at $5385 the price of Bitcoin has increased by 6% measured to today’s high at $5710 which is the highest point the price has been since the start of the week.

Looking at the hourly chart, we can see that the price again came up to the significant resistance point as an interaction with the ascending interrupted trendline has been made.

This interrupted trendline is the resistance line of the still unconfirmed ascending channel seen on a higher time-frame and is considered to be the outline of the corrective structure which started on 15th of December.

Now that the price came up to those levels and I have counted 5 waves out of the last increase seen from Monday we are now most likely going to see a pullback or the start of the higher degree move to the downside.

The price is still inside the territory of the ascending channel made from 3rd of April which is considered to be the correctional structure after the 3rd wave of the Minor count ended, so after its completion, I would be expecting another and the final wave to the upside.

Before that can happen the correction should develop fully and as I’ve counted the sub-wave I think that before the price could continue above the currently interacted resistance levels a pullback to its support level should occur or even a breakout to the downside.

Considering the vicinity of the significant horizontal resistance level at around $5806.7 we might see further increase for interaction with the level before the start of the sharp downfall and will correlate with the interaction of the ascending channels resistance from 3rd of April.

Bitcoin is in the buy zone, as indicated by the hourly chart technical indicators.

From Monday’s low at $69.42 the price of Litecoin has increased by 12.86% measured to yesterday’s high at $78.37 which is the weekly high so far. Since yesterday the price has fallen to $75.8 as a minor retracement has been seen but the price started increasing again and is currently being traded at $77.8.

On the hourly chart, you can see that the price of Litecoin ended its WXY correction to the downside which started on 3rd of April as the resistance trendline from the corrective structure has been broken with strong momentum and I have counted the sub-wave of the structure.

The price is currently retesting the horizontal resistance at the prior support around the vicinity of the W wave’s ending point which proved to serve as resistance on the yesterday’s interaction as after the interaction has been made a minor pullback occurred.

Looking at the increase from Monday I think that we are currently seeing the development of its 5th wave which could end as a truncation considering the resistance found at around $78 but the increase could continue for a bit further as there is still more room to go.

In either way, since the increase is soon to end a higher degree pullback would be expected which if the price behavior is impulsive is going to be the 2nd wave of a higher degree and is likely to end as a retest of the broken descending resistance level.

The target price for the expected decrease would be around the purple interrupted level around $72.4.

Litecoin is in the buy zone with moving averages signaling a strong buy.

The evaluation of the cryptocurrency market is still in the median point the current horizontal range made from 3rd of April while Bitcoin has interacted with the significant resistance point of its current range which is an ascending one.

In the case of Litecoin, the price has broken its significant resistance level which is a descending one. The charts of the cover coins are showing that the correctional structure from 3rd of April is completed or is near completion which is why very soon we are going to see a move with stronger momentum.

The expected move is likely to be the one to the upside but further correction movements could occur before its begging with the increase seen from Monday being its continuation rather than the beginning of the next impulse wave to the upside.

« Ripple XRP Price Prediction For May: Can It Rise By 25% To Hit the Target of $0.40?
Binance’s Compliance Drive Continues With New Elliptic Partnership »