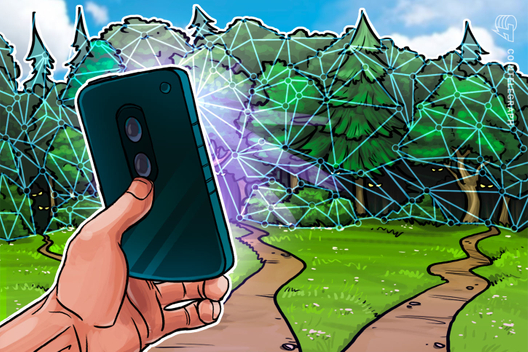 Secretariat of the UN Framework Convention on Climate Change signed an MoU with blockchain firm W-Foundation.

A climate change initiative of the United Nations signed a Memorandum of Understanding (MoU) with nonprofit organization W-Foundation to collaborate on climate action, according to a press release shared with Cointelegraph on May 16.

In accordance with the new MoU, the Secretariat of the UN Framework Convention on Climate Change (UNFCCC) will work with South Korea-based W-Foundation to promote global climate action projects, including compensation of greenhouse gas emissions by using rewards in cryptocurrency.

Specifically, the recent MoU mainly focuses on implementing the W-Foundation’s blockchain application HOOXI, which is a blockchain-based gaming and mobile social network.

Available on iOS and Android, HOOXI app encourages people to take climate action on greenhouse gas emissions reductions in exchange for mission points that are used for a competitive ranking the users. Each month, the top 20% users are rewarded with W Green Pay (WGP) cryptocurrency.

The UNFCCC Secretariat and W-Foundation started working together on the initiative back in November 2018.

Apart from HOOXI, the new MoU embodies a number of other projects, including the formation of a Program of Activities-based methodology for a subset of HOOXI App’s portfolio and applying distributed ledger technology (DLT) in offset markets.

W-Foundation is an environmental organization and global relief institution, which is designated donation organization selected by the Ministry of Strategy and Finance of South Korea.

The UNFCCC secretariat was established in 1992, following the adoption of the UNFCCC convention, which represents a parent treaty for the Kyoto Protocol signed in 1997, and the Paris Agreement made in 2015. The Secretariat first revealed its plans to use blockchain tech for climate change action back in 2017, as reported by Cointelegraph.

Recently, British car manufacturer Jaguar Land Rover announced its plans to use the Iota blockchain to reward drivers with crypto for data reporting.