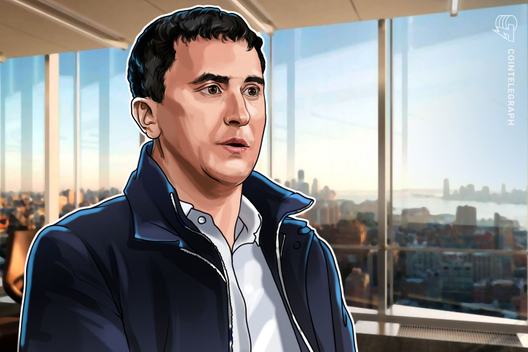 Emin Gun Sirer, the creator of the first PoW-based crypto, plans to build a blockchain that will enable apps “that aren’t even possible yet.”

Emin Gun Sirer, a professor at Cornell University and a major global blockchain expert, will launch his own cryptocurrency and blockchain network, Bloomberg reported on May 16.

Sirer, the creator of the first crypto based on proof-of-work (PoW) — Karma System — is now planning to launch a blockchain network that he touts as running as many transactions per second as payment giant Visa.

Having raised $6 million from major investors such as Andreessen Horowitz, Polychain and MetaStable in February, Sirer’s Ava Labs has reportedly launched a private test version of the Ava network on May 16, while the public launch is expected to be rolled out soon. The first coins are set to be issued once the blockchain is available to the public, the report notes.

Sirer stated that the Ava network will obtain 1.35 second confirmation latency and purportedly enable applications “that aren’t even possible yet,” adding that his ultimate goal is to record every single certificate on the blockchain.

Sirer, 47, is the co-director of the Initiative for Cryptocurrencies and Smart Contracts at Cornell University. He is known for his selective approach to crypto based on the actual use of various cryptocurrencies. As such, Sirer has urged that people should only invest in and hold coins which they believe “will be used, extensively, in the long run,” arguing that cryptos that are bought on hype “are pure speculation.”

Sirer’s stance on crypto was recently echoed by Galaxy Digital CEO Michael Novogratz, who claimed that each altcoin will have prove themselves by providing a certain use case. Speaking at ConsenSys’ recent Ethereal Summit, Novogratz argued that if “bitcoin is gonna win this store of value, everything else needs to be used for something.”

Cointelegraph recently interviewed Sirer about his views on the future of crypto from an academic point of view concerning the technology.

« Haasbot Is an Automated Trading Tool for the Crypto Market
Bitcoin (BTC) Price Analysis: Danger Ahead, Here’s What to Look Out For »