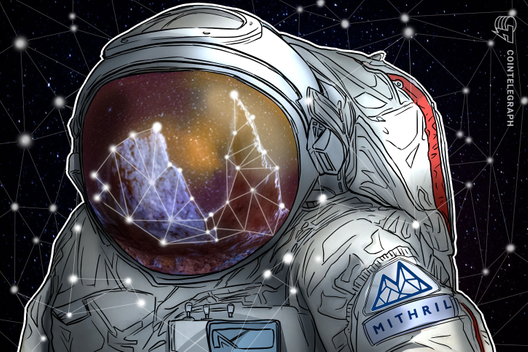 A blockchain platform says it will offer a way to buy concert tickets, clothes and coffee with crypto.

Mithril, a decentralized platform that rewards content creators on social networks, told Cointelegraph that they are working on expanding the acceptance of its MITH token merchant network into different categories, such as coffee shops, restaurants, sports clothing and adult entertainment platforms.

For the company, it is an important milestone in its adoption curve, and a possibility to reaffirm its brand promises, the team notes.

Citing “deep connections” of Mithril’s founder, Jeffrey Huang, in the Asian entertainment industry, a company spokesman told Cointelegraph that it will continue offering users the possibility to spend their MITH tokens on celebrity-related services and events.

Brought to life by the rise of influencer culture phenomenon, Mithril promises its content creating users “followers, fortune and fame.” This association with successful artists may help to boost its standing and exposure, the team hopes.

In a move to cater to speculators, Mithril started by creating a mechanism called VAULT, an all-dimensional vault for managing digital assets. To enable legally compliant, large withdrawals from VAULT, Know Your Customer (KYC) tools went live on the Mithril platform on April, 11.

The company said it will continue to “polish” VAULT’s mechanics in Q2 2019. It intends to roll out a new “VAULT Send” feature that allows users to easily send crypto to anyone they want, within seconds.

In April, Mithril became one of the first blockchain projects to move to Binance Chain, the new decentralized crypto exchange created by the Binance community. Mithril cites improved “speed, security, and user friendliness on the new Binance DEX platform” as the principal motives of the move.

“As Mithril continues to gain real-world usage through Mithril Merchant Network partners in media and entertainment, food and beverage, retail clothing, and events management,” such benefits “have become crucial to the success of our ecosystem,” the team adds.

Mithril technology is based on the concept of “social mining.” Social network platform users acquire MITH tokens by producing and uploading content on social media, as well as interacting with other users on platforms that support this social mining technology.

Currently, social mining is supported on Yeemos, an anonymous social platform, and PiePie (formerly LIT), an emerging crypto-based social network app, which was created by Mithril partner company M17 Entertainment Media. “It is like Instagram, but they give you crypto for sharing content pieces,” one PiePie user from Latin America said in a review on the Google Play store.

Mithril is generally targeted at aspiring internet celebrities wishing to monetize their popularity. The Mithril project started in Q4 2017 — it held no initial coin offering and offered no airdrops or bounties, instead distributing its tokens in a private sale.