This week, major companies like EDF and Bosch respectively signaled commitments to explore the use of blockchain — specifically Ethereum (ETH) for the former and also presumably for the latter — in the electricity arena.

The latest of those commitments came from Bosch on Wednesday, when the engineering and tech enterprise — which generated €78.5 billion in revenues in 2018 — announced it had partnered with German electrical utilities company EnBW to build a blockchain-based e-car recharging station prototype.

Notably, the prototype seems likely to built atop Ethereum, as Bosch has published on its in-house blockchain tech explainer site that the company’s been experimenting with Ethereum for “projects such as self-charging and self-paying cars at charging points.” 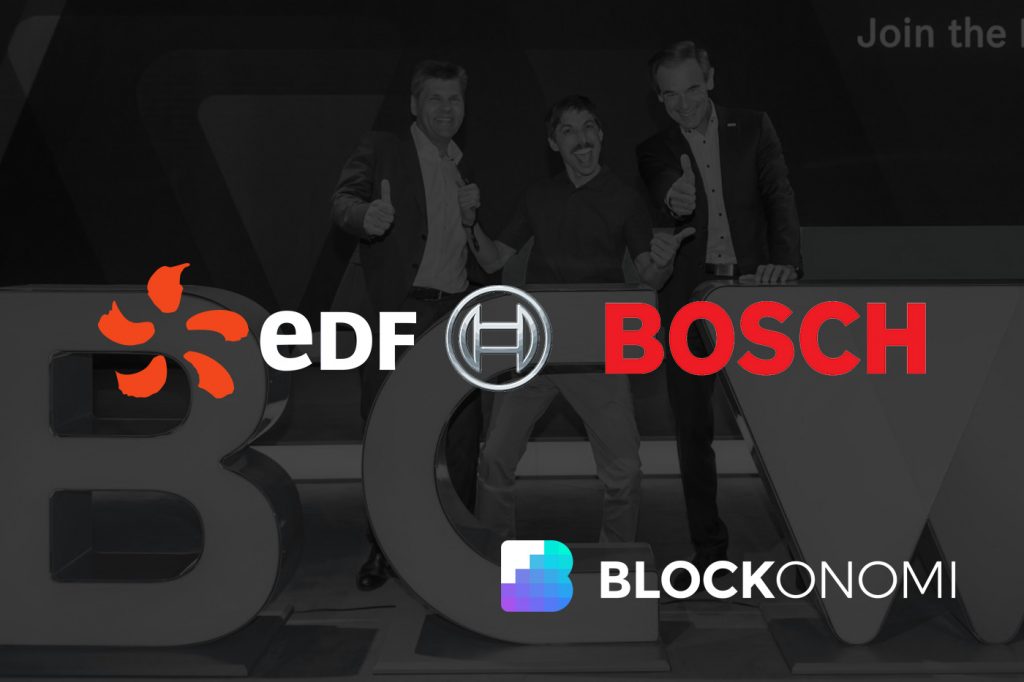 Per the deal with EnBW, the two partners are looking to leverage blockchain to underpin an automated smart-recharging process. As Bosch explained in their announcement release, the initiative is about optimizing the consumer experience:

“For example, the operator could combine the software developed by Bosch for cars with a smart charging-station manager to offer customers transparent pricing models, with the options varying in real time according to the availability of charging stations and green electricity sourced from renewables. The entire transaction — reservation and payment — is a fully automated blockchain operation.”

Alongside its EnBW partnership, Bosch also announced an unrelated deal with German multinational conglomerate Siemens that would see the two collaborators working on a “smart parking-management system based on blockchain.”

State-backed Électricité de France (EDF) is among the largest electric utility companies in the world. And now the electricity producer is officially doing its homework on Ethereum.

That’s per the revelation this week that EDF has uploaded its highly technical GPUSPH visual simulator software, which helps to test the flow of fluids, onto the Ethereum-based decentralized computing app iExec.

On the news, iExec adoption and innovation lead Jean-Charles Cabelguen commented that a decentralized app like iExec could reliably house GPUSPH in a way that wouldn’t be burdensome to Ethereum:

“The heavy computing is done off chain and does not overwhelm Ethereum. Afterward, blockchain is used to reach a consensus on the validity of computation’s results — a hash of this result is stored on the blockchain.”

Whether the project will prove fruitful enough that the enterprise sustains its experiments with Ethereum remains to be seen, but in the very least, the EDF’s leadership is open-minded.

“Development of distributed computing is a credible scenario for the future, and blockchain may be a nice lever in this scenario, so let’s explore it,” the company’s blockchain engineer Gilles Deleuze said.

Beyond Energy, No Shortage of Bustle Around Ethereum Lately

In recent weeks, the Ethereum community has seen a steady stream of notable headlines materialize around the blockchain’s ecosystem.

On the technical front, a new ETH 2.0 testnet has just been released by Prysmatic Labs, and the specifications for Ethereum’s proof-of-stake code is set to be finalized next month. Funding was also recently secured to pay for an audit of Ethereum’s possible shift to ProgPoW, a consensus algorithm designed to be resistant to powerful ASIC miners.

Taken altogether, it’s clear Ethereum is steadily maturing, and its journey as public infrastructure may just be beginning accordingly.

« Bitcoin (BTC) Price Analysis: Danger Ahead, Here’s What to Look Out For
Bitcoin To Be Exposed To Millions With Upcoming “60 Minutes” Segment »