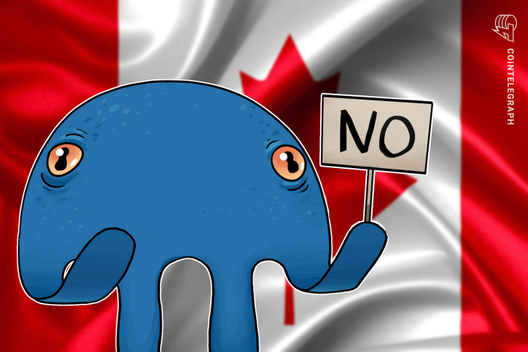 Canadian exchange Kraken has published a paper arguing against proposed regulation of crypto assets by the Canadian Securities Administrators (CSA) and the Investment Industry Regulatory Organization of Canada (IIROC). The exchange shared its comments in an official twitter post on May 16.

Kraken says that the proposed framework considers the contractual arrangement between an exchange and an exchange user as a security. Kraken denies that these contracts constitute securities:

“...most reputable exchanges operate as custodians or bailees. As such, the assets are legally owned by the customer and not the Exchange operator. This means, critically, that the customer’s interest is not derived from the underlying asset — it IS the underlying asset. The application of a securities law framework, accordingly, is both unnecessary and inappropriate to this structure.”

The authors listed the following four contract stipulations as necessary conditions for the claim that exchange users indeed own their crypto assets and that these assets therefore fall outside of securities law:

“1. Contractual terms indicating that the relationship is in the nature of a custodial relationship; 2. Customer has the right to dispose of the assets at any time by transferring them off of the Exchange; 3. Contractual terms governing escheatment of the underlying asset; 4. With respect to bank accounts holding customer funds, titling of the bank account as a “for the benefit of” (FBO) or “custodial” account, or similar wording.”

Kraken also addresses a number of security risks that concern regulators by stating that a laissez-faire approach will serve the exchange space better than implementing hands-on regulatory policies:

“Without the cudgel of regulation, Exchanges are developing proof-of-reserve techniques, obtaining SOC certifications and enhancing their security and internal controls. As more Exchanges embrace these features, the competitive expectations for all of the Exchanges increase — for the better.”