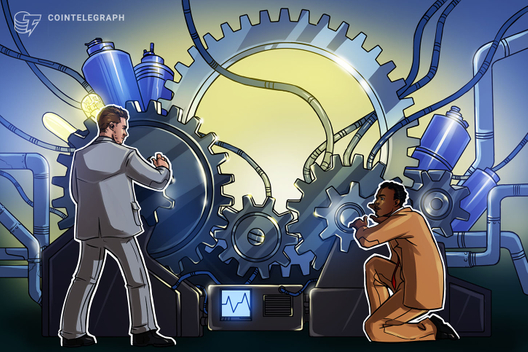 Sports blockchain venture Chiliz has announced a strategic partnership with Binance Chain, the mainnet of major cryptocurrency exchange Binance. The news was revealed in an official press release on May 17.

High-profile Socios partners to date have included major soccer teams Paris Saint-Germain and Juventus, who plan to use the platform to launch fan token offerings for their club-branded tokens, which will confer voting rights for club-related polls and offer rewards for their holders.

While crypto exchange Binance was already a backer of the Chiliz venture, Chiliz and Socios.com CEO Alex Dreyfus has underscored that the new integration with the Binance Chain mainnet will increase Socios.com’s access to the liquidity pool of the worldwide Binance community.

Sports fans, Dreyfus noted, represent an addressable audience of 3.5 billion globally, opening up the possibility of bringing blockchain to a wider audience via collaboration with the industry’s global brands and household names. Binance CEO Changpeng Zhao echoed the idea, stating in the press release:

“Sports is the perfect vehicle through which to educate mass consumers about the potential and the utility of blockchain technology.”

According to the release, Binance Chain integration will enable Chiliz to deepen blockchain implementation in their consumer-oriented product, and to offer services such as “instant payments, prepaid gift cards and micro-transactions for digital services.”

With Socios partner club fan tokens — such as PSG and Juventus — currently under development, the press release states that once $CHZ has been successfully integrated, these forthcoming fan tokens could also in future be issued on Binance Chain.

Chiliz — which reportedly raised over $66 million through private placement from investors in 2018 — will reportedly release further news in coming weeks, in particular concerning the partial migration of ERC20 tokens to BEP2 — the technical standard for the Binance Chain mainnet.

The Binance Chain mainnet was launched in April of this year, with the intent to build a basis for issuing new cryptocurrencies and initial coin offering tokens.

« Bitcoin Analysis: A Sharp 15% Drop in BTC Price, Where Next?
World Bank and CommBank Launch the First Blockchain-Based Bond »