On May 15, the World Bank published a press release which stated that it had partnered with the Commonwealth Bank of Australia (CommBank) to enable blockchain-based secondary market bond recording.

The secondary trading project was performed on the Blockchain Operated New Debt Instrument (bond-i), a platform based on the Ethereum blockchain. It was reportedly developed by CommBank’s Blockchain Centre of Excellence at the CommBank’s Innovation Lab in Sydney as part of the global banking institutions mission to explore and build on the potential of distributed ledgers. 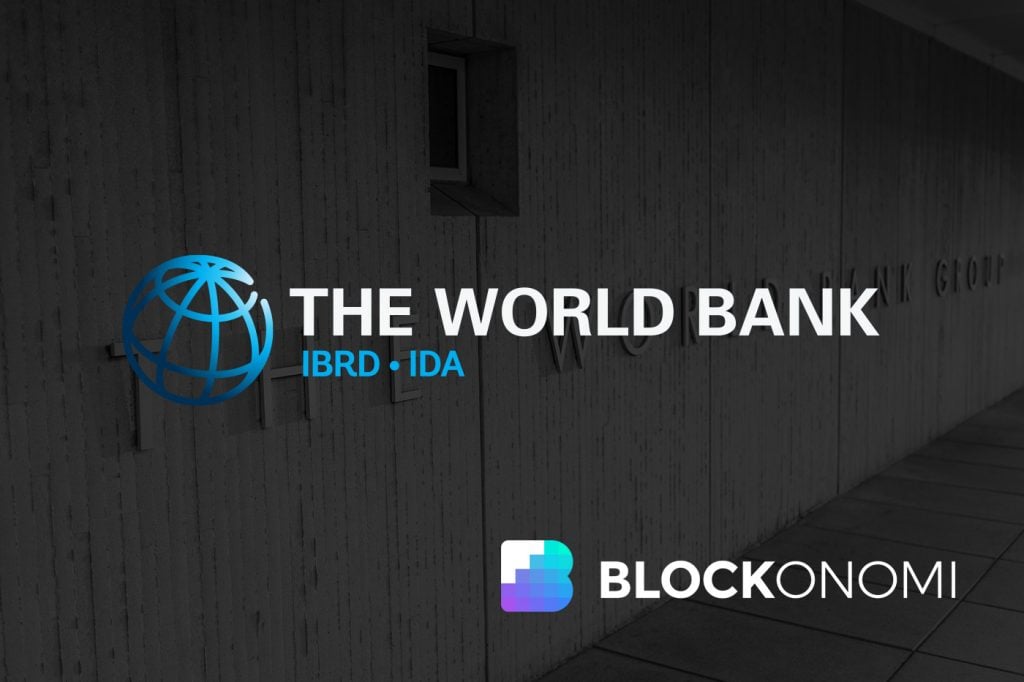 A year in the works

Just last year, the World Bank issued the bond-i, claiming that it was created, allocated, and managed with the use of blockchain technology.

At the time, CommBank was the sole arranger of the bond. It ended up making the World Bank a staggering AUD 110 million ($81 million), thanks to the contribution of investors such as financial services company Northern Trust Bank, the New South Wales (NSW) Treasury Corporation, and QBE Insurance Group Limited, Australia’s largest global insurer.

The press release at the time, stated that the World Bank made $50 – $60 billion in yearly bond issuances every year in its bid to improve global market sustainability and mitigate poverty. The bond was further described as a milestone that would help put them in a much better position to advise countries on the risks and opportunities of disruptive technologies, especially concerning the institution’s Sustainable Development Goals.

The World Bank sees the bond as the first step in the process of moving bond transactions from manual procedures to faster and quicker automated ones.

Lots of love and potential for more projects

Per the recent release, the World Bank declared that since bond-i was launched, both the project and the Bank have gotten support from numerous players within the global financial and technology sector.

Sophie Gilder, Head of Experimentation & Commercialization, at the CommBank’s Innovation Labs, said, “There is a growing recognition that blockchain technology can deliver a superior digital market for raising capital and then managing and trading securities, so we are working with our strategic partners to realize that vision. Blockchain has the potential to streamline processes for raising capital and trading securities, improve operational efficiencies, and enhance regulatory oversight.”

The World Bank’s pursuit of understanding

The World Bank does seem to be heavily invested in pursuing a deeper understanding of blockchain technology. Earlier this year, a report published on The Financial Times revealed that the World Bank and the International Monetary Fund (IMF) had come together to launch a private blockchain network as a means of studying the technology and its potential.

In addition to the private blockchain, both institutions were also alleged to have developed an asset, and while it wasn’t called a cryptocurrency, it sure looked and functioned like one.

The report called the asset a “Learning Coin,” and claimed that it was based on their joint blockchain network. However, while it seemed like a cryptocurrency, the report maintained that it was fundamentally different.

For one, the asset isn’t tied to any known fiat currency, and it doesn’t have any monetary value. It was reported to only be intended for use within the World Bank and the IMF as a tool for their staff to help uncover more about blockchain technology, with an emphasis placed on its underlying feature with digital assets.

As such, the con and all its properties would only be accessible to World Bank and IMF staff.

Both institutions were also said to have developed an app to help accompany the use of the Learning Coin. It was reported to be a research-assisting tool, which would help provide and develop learning apparatus like videos, research papers, and presentations.