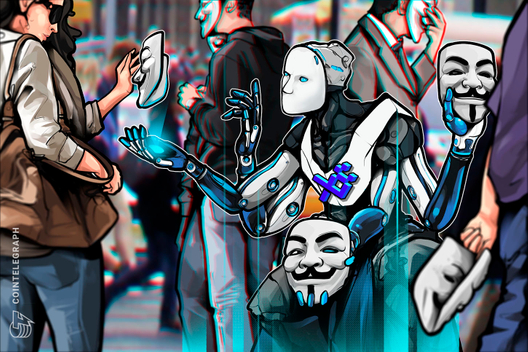 A private digital currency provider says peer-to-peer technology ensures every user’s account is kept “out of reach to any prying eyes.”

The team behind a private digital currency for secure payments says its goal is to make every consumer their own bank — enabling them to send and receive crypto with the gadget of their choice.

Xeonbit says its peer-to-peer technology ensures that every user’s accounts and transactions are “out of reach to any prying eyes.” A feature known as “ring signatures” means public keys are shuffled in order to ensure that particular users cannot be identified once a transaction has taken place. The startup says this is not at the expense of speed, scalability or security.

In a blog post setting out its vision, Xeonbit expressed hope of becoming a commercial foundation for the internet — adding: “Decentralized digital currency is slowly becoming a normal part of everyday life. Yet people’s main internet device continues to be their mobile, a device with a low-powered CPU and limited available storage.”

Although ring signatures use one-time addresses to ensure recipients are the only person who know where the funds have gone, Xeonbit says its technology offers optional transparency for addresses or certain transactions. Through view keys, an account holder can give read-only access to selected parties.

The company believes that there is a plethora of use cases for view keys. While charities could deliver transparency to their supporters, businesses will be able to achieve regulatory compliance by opening up their accounts for auditing. It is even suggested that children could have their own accounts for spending pocket money, with parents using view keys to monitor their transactions.

The desktop wallet for its native currency, xeonbit (XNB), is available to download for Windows computers, macOS and Linux — and as the team furthers the development of its platform, it has applied to list a separate token known as XNS on the Binance decentralized exchange. The project says it has chosen to file this application because it is difficult for XNB, as a private cryptocurrency blockchain, to be accepted by major exchanges.

Looking ahead to its plans for the future, Xeonbit says it is determined to introduce more merchants to its ecosystem, helping to strengthen the use case for its cryptocurrency.

The company believes that XNS has the potential to make its transaction fee five times cheaper and up to 100 times faster for merchants to accept payments using its cryptocurrency.

In the coming months, the project hopes that its decentralized marketplace based on a third-party protocol will be ready to launch, while the xeonbit token will be able to be traded on Binance DEX and more decentralized exchanges by the end of the year.

This will be followed by ATMs for crypto as well as credit cards, depending on the approval of various licenses for its operation in Singapore. The team says it may give this a try if its first step of having XNS join Binance DEX is accomplished.

An initial exchange offering for XNS tokens will begin in May or June.